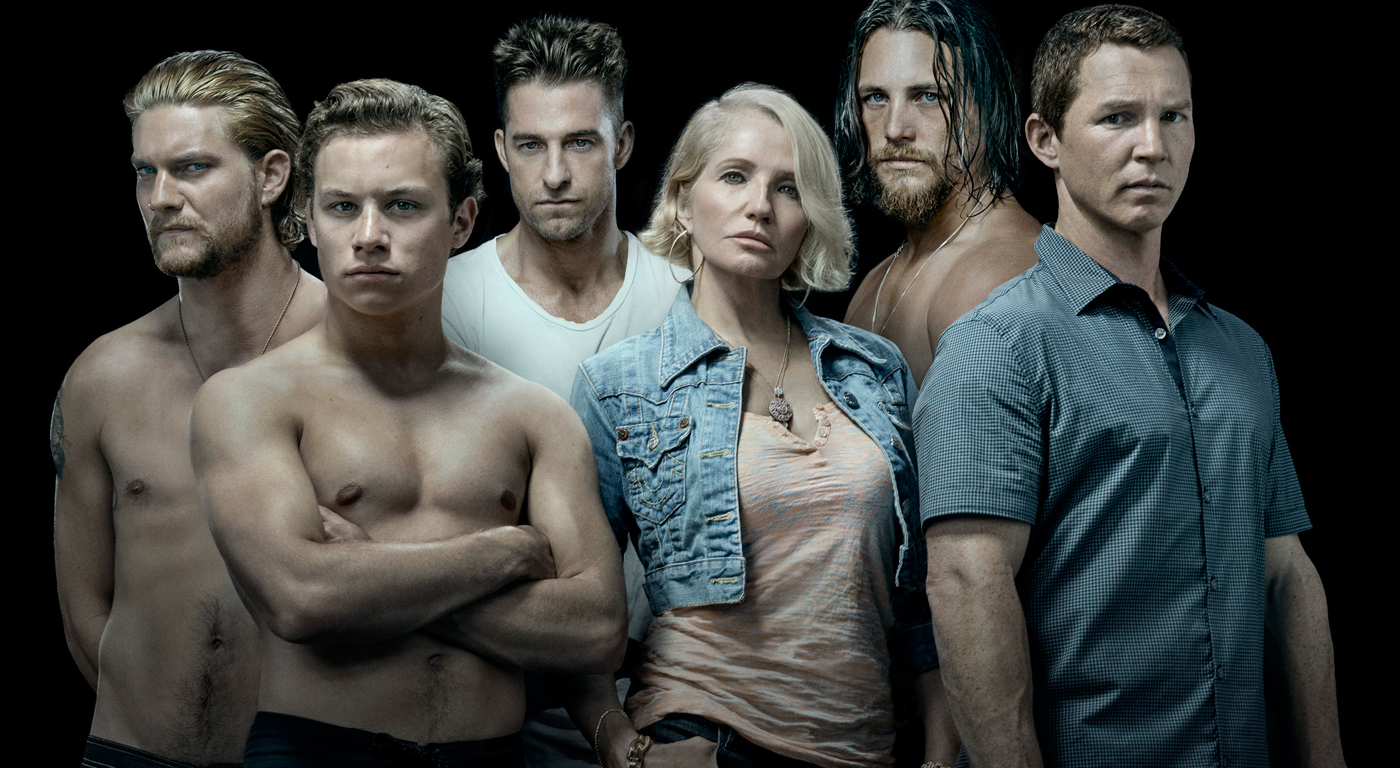 TFF 2016
Animal Kingdom stars Emmy® and Tony® winner Ellen Barkin as the matriarch of a Southern California family whose excessive lifestyle is fueled by their criminal activities, with Scott Speedman as her second in command. Shawn Hatosy stars as the eldest of the Cody boys, who is mentally disturbed and fresh out of prison. After the episode: Conversation with stars Ellen Barkin, Scott Speedman, Shawn Hatosy, and Executive Producers John Wells and Jonathan Lisco. Moderated by New York Magazine/Vulture's Stacey Wilson Hunt. |Read More
Drama 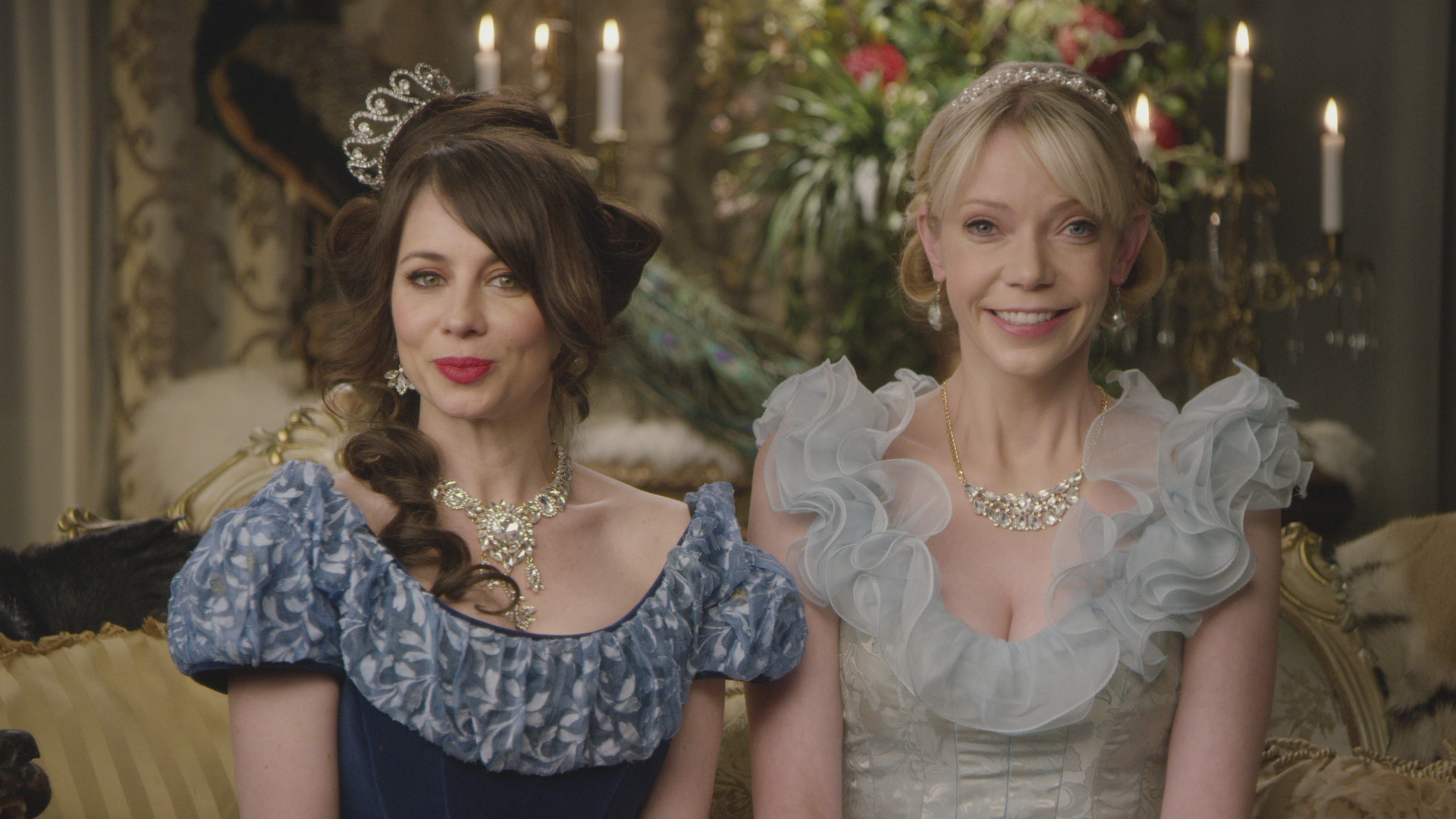 TFF 2017
Another Period tells the incredible story of the Bellacourt sisters, Lillian and Beatrice (played by Leggero and Lindhome). Defined by their family’s wealth, they care only about becoming super famous — which is a lot harder in 1902. The show follows the insanely decadent and outrageous life of the Bellacourt coterie. Before others claimed their fame, they were the one American family who epitomized all that was spoiled, shameless and stupid. The Bellacourts have more servants than relatives and days filled with money, sex, drugs…and more money. 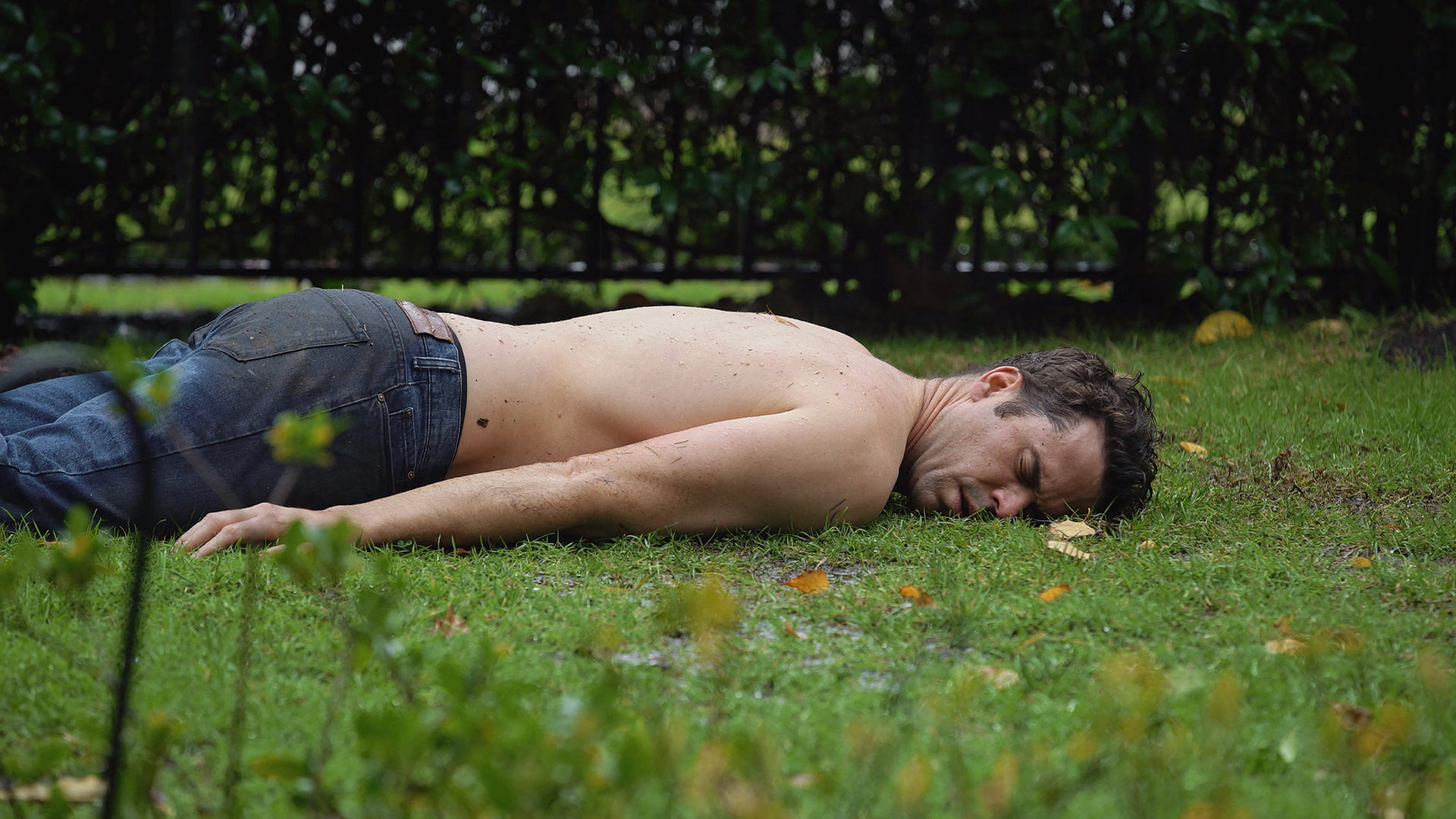 TFF 2019
Awokened is an independent half hour cable/streaming show about a guy who has a spiritual awakening that changes his life forever. |Read More
Comedy 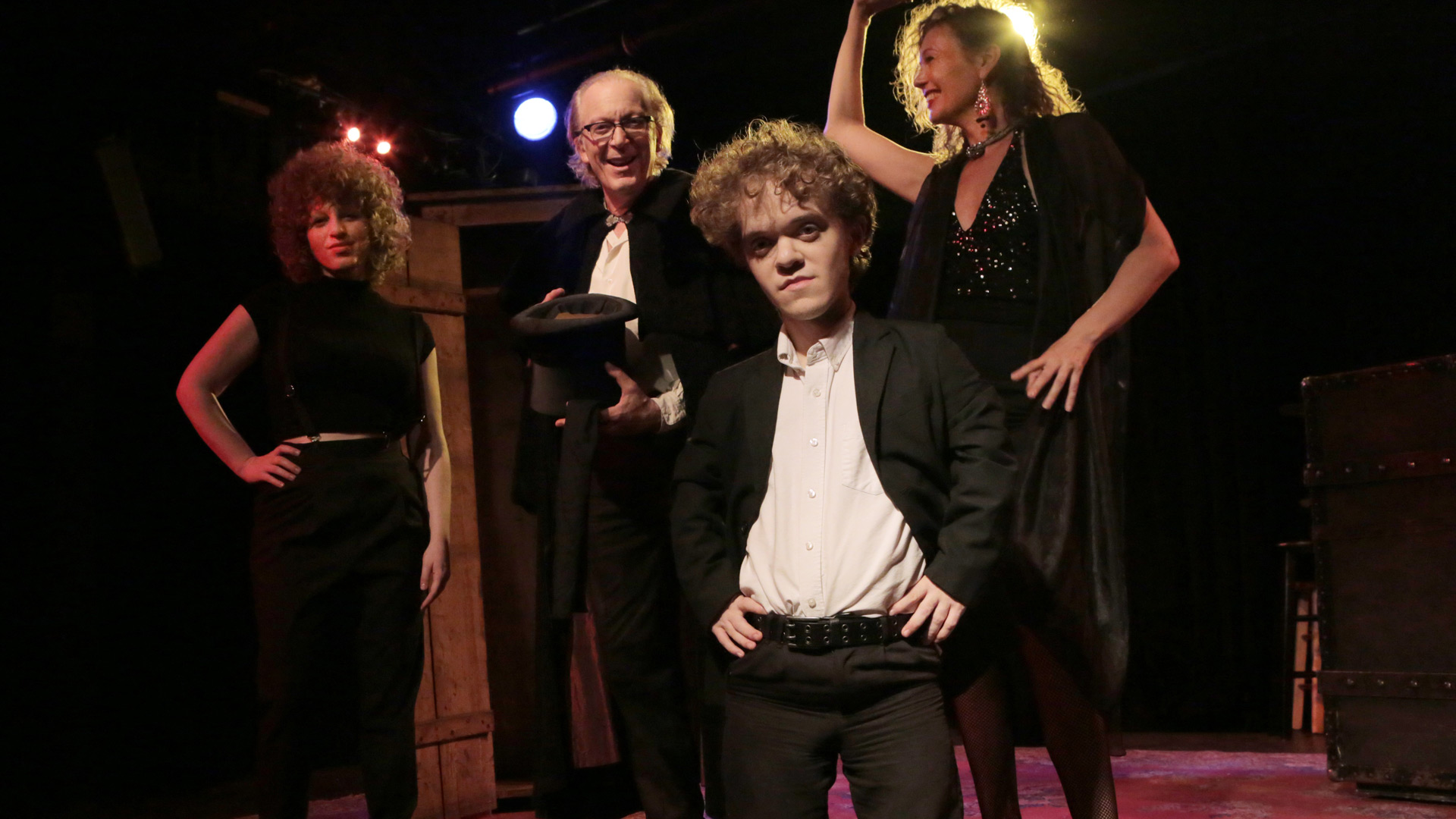 TFF 2017
Pilot episode screening as part of Pilot Season on 4/23, 4/24, 4/28, and 4/29. A screening of additional episodes Black Magic for White Boys will take place on 4/26.
An aging magician is about to lose his small New York theater, but has a devilish plan to save it. A middle-aged man finds his sovereignty in jeopardy when he impregnates a woman he barely knows. A real estate mogul is frustrated that he can't raise the rent on this tenants. These characters converge in Tribeca alum Onur Tukel’s bizarre comic tale about testing boundaries, gentrification, and how old New York is fading away. |Read More 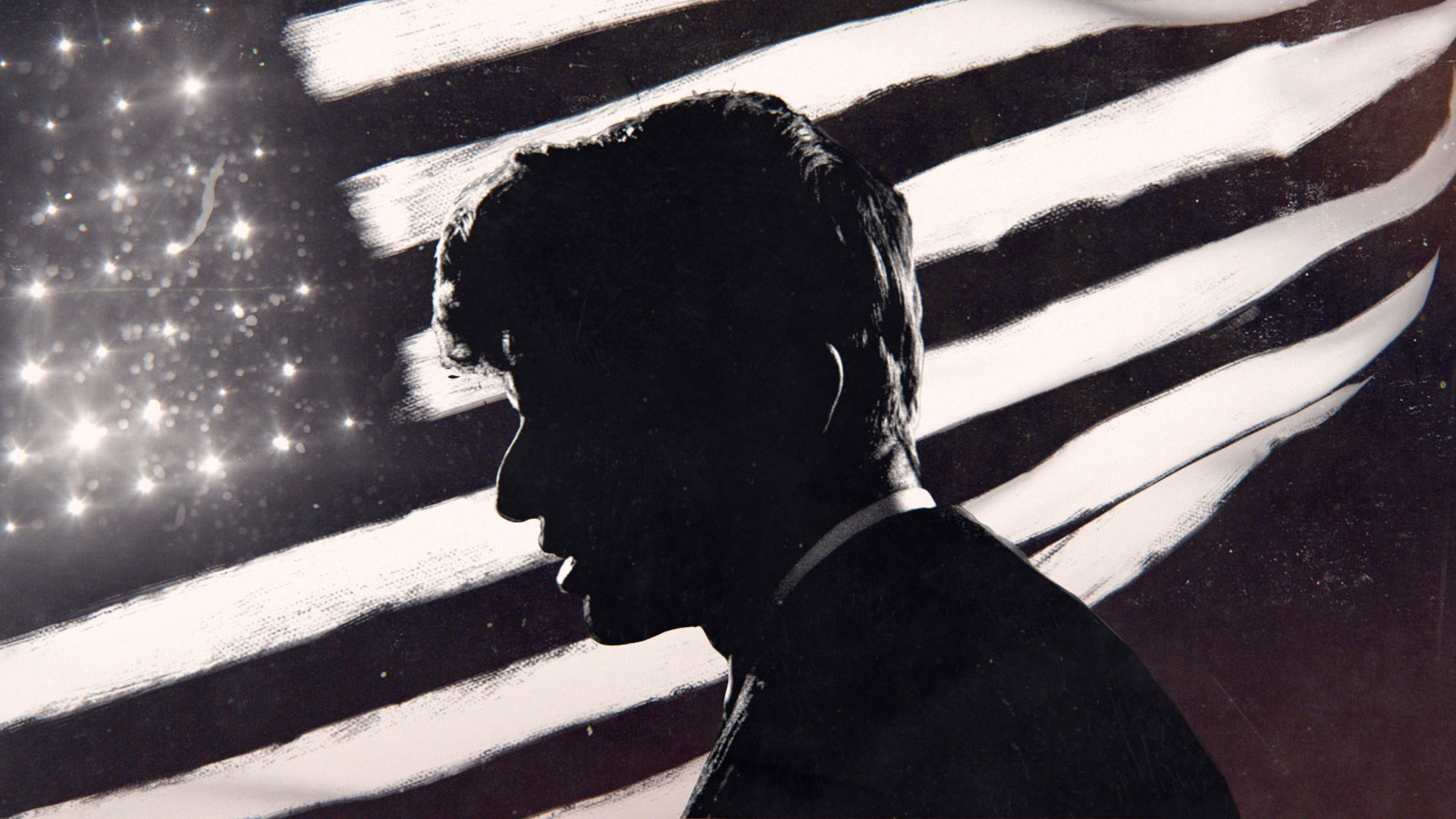 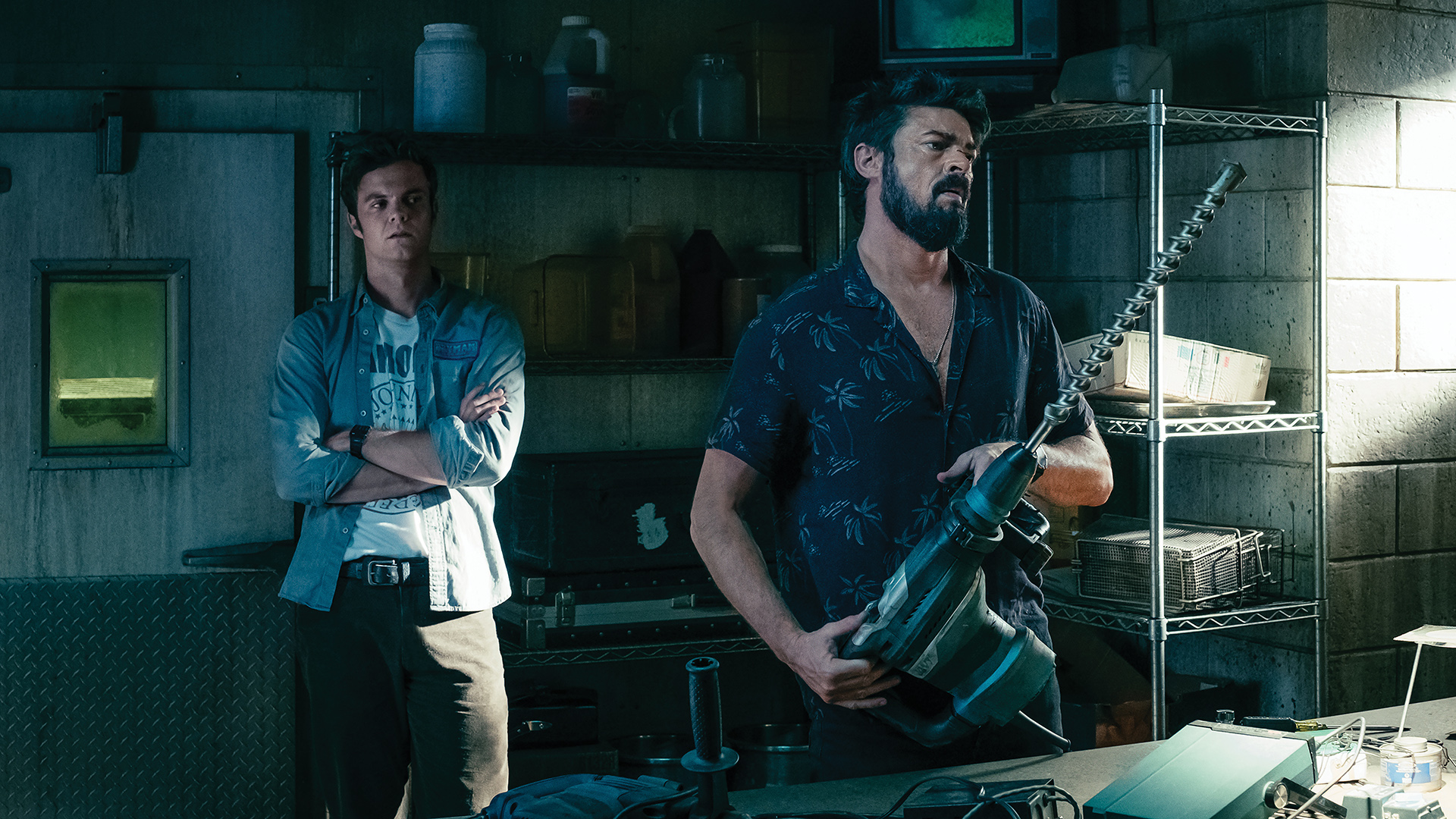 TFF 2019
The Boys is a fun and irreverent take on what happens when superheroes abuse their superpowers rather than use them for good. Based on a comic by Garth Ennis and Darick Robertson. |Read More
Action, Comedy, Drama, Thriller 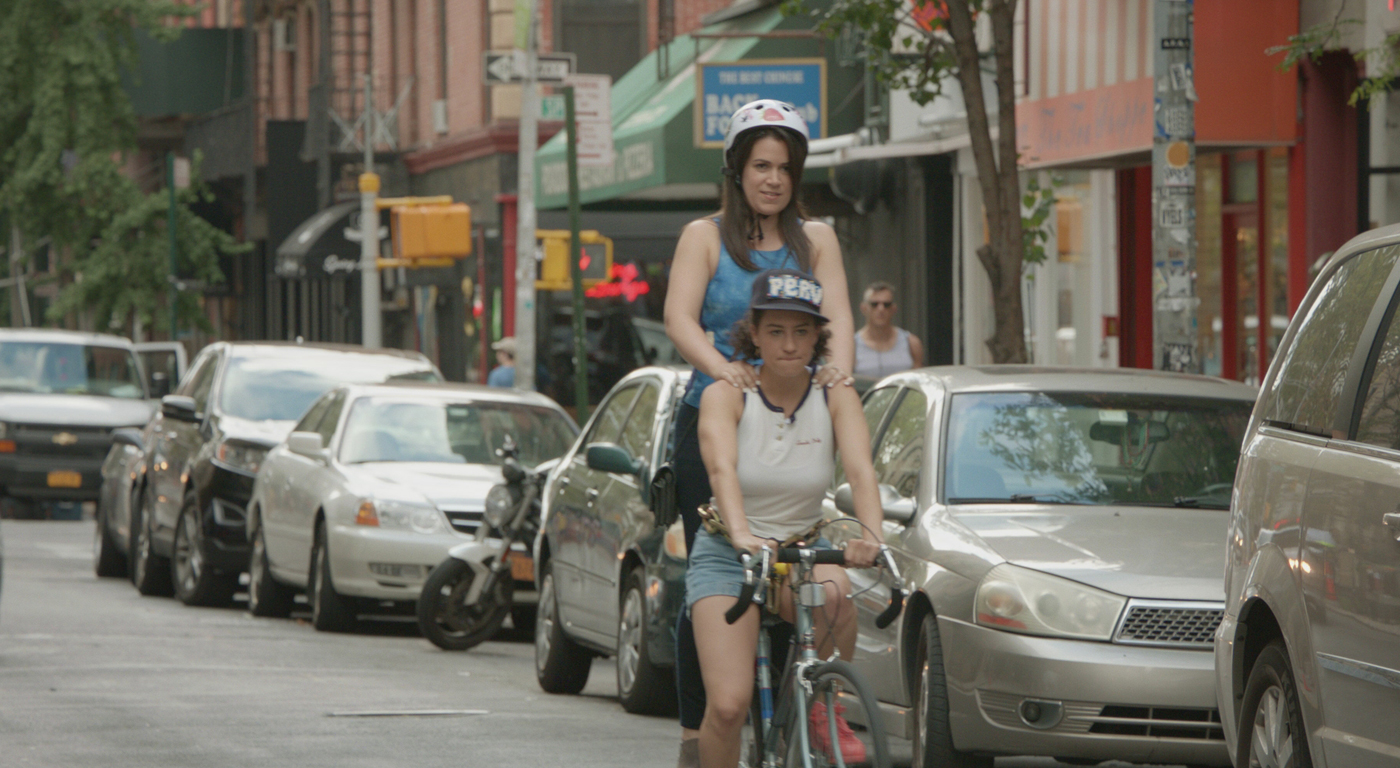 Everybody’s favorite broads, Abbi and Ilana, bring their critically acclaimed raucous comedy back for the 3rd season as their characters continue to navigate life in their twenties in New York City while being led down unexpected and outlandish paths. Following the screening of the season three finale, stay for a conversation about this uniquely creative show. 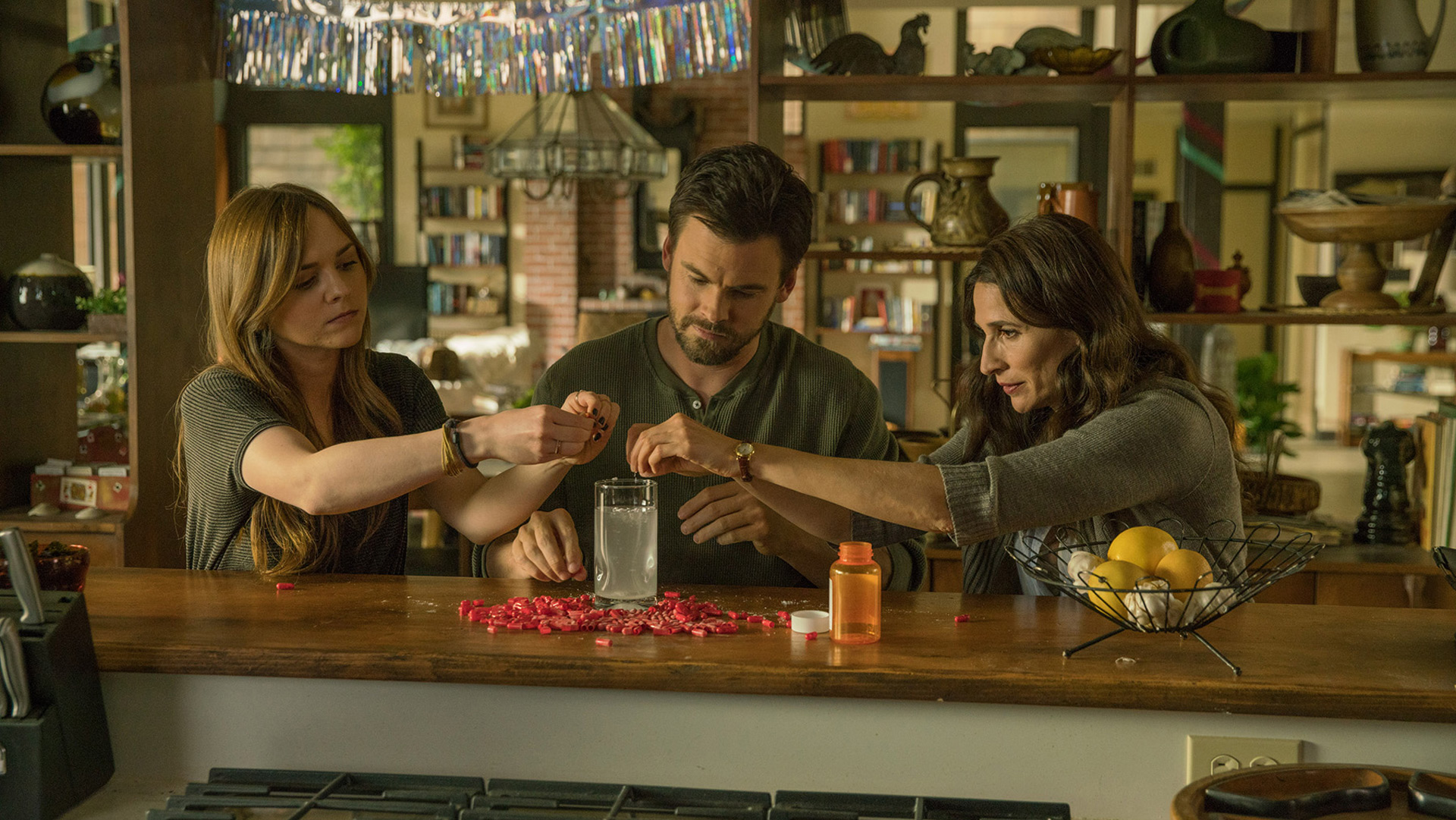 TFF 2017
Season 3 returns with everyone's favorite co-dependent siblings Valerie and Alex. They continue to live deep in each others emotional lives as they raise Valerie's daughter Laura. Following dramatic life changes at the end of the last season, Valerie and Alex are adjusting to a new normal while continuing to struggle to maintain boundaries with each other. 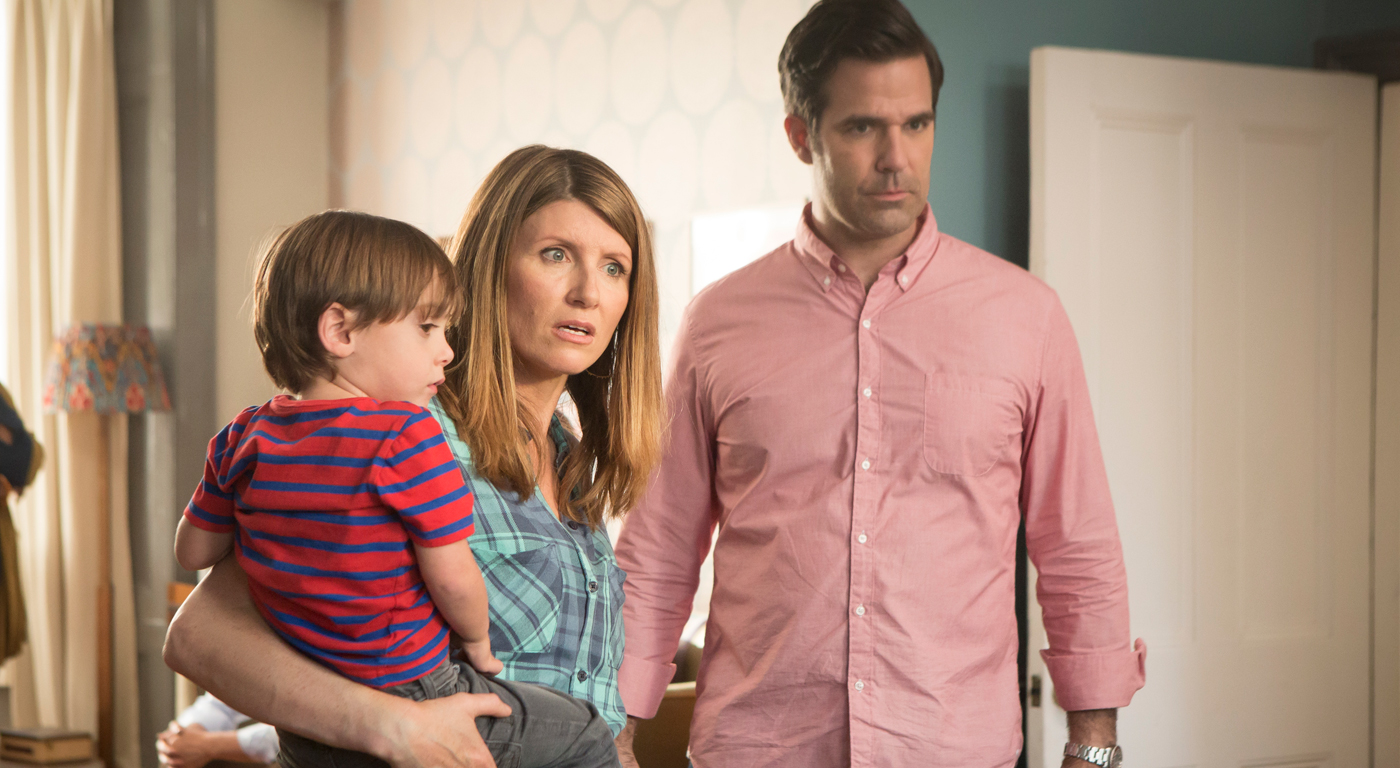 Series creators and stars of critically-acclaimed comedy Catastrophe Sharon Horgan and Rob Delaney discuss the process behind creating a whip smart show about an Irish woman and an American man who, after making a bloody mess as they struggled to fall in love in London, have embarked on a series of best-attempts to clear it up and generally do the right thing. 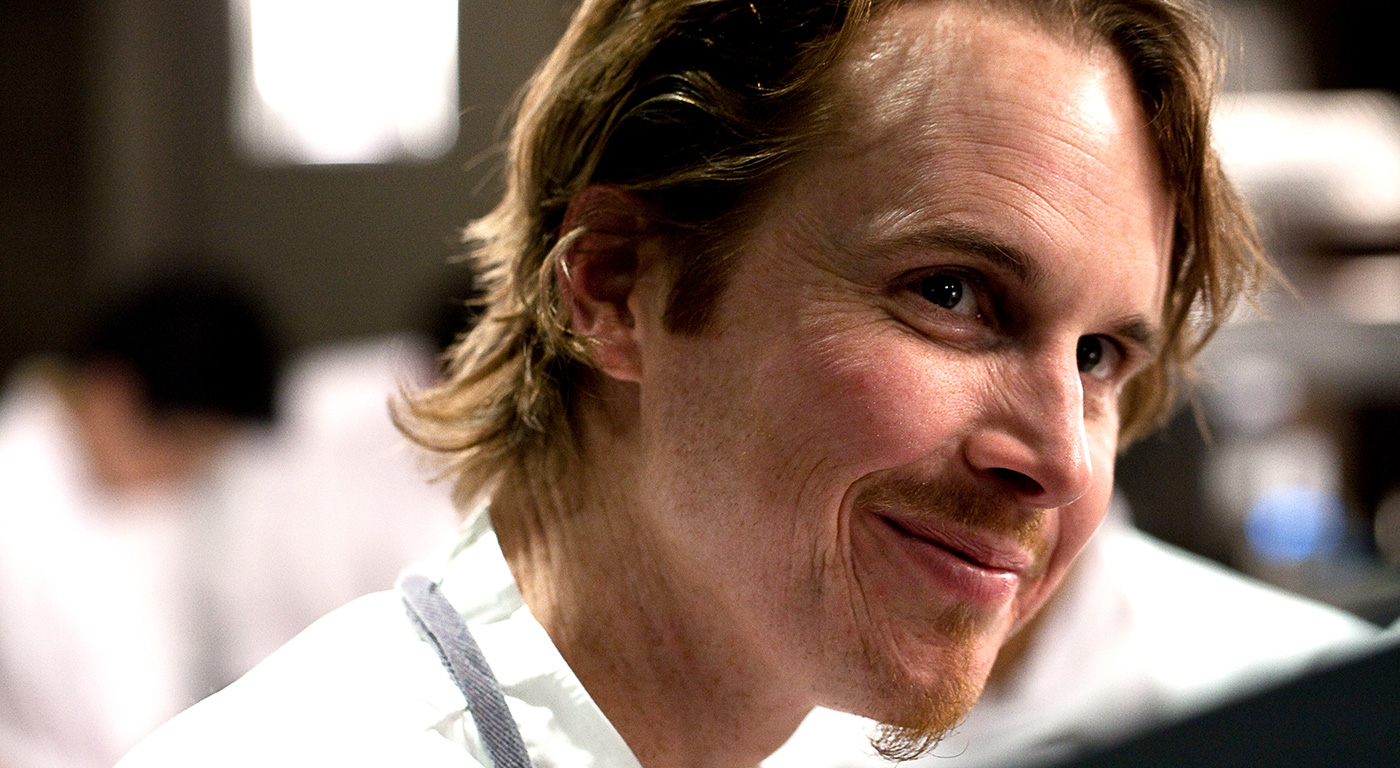 This episode of the acclaimed Netflix documentary series Chef’s Table takes a look at the life of one of the world’s most celebrated chefs, Grant Achatz, and the first ten years of his iconic Chicago institution. Achatz is one of the pioneers of modernist cuisine in the United States. His seminal restaurant, Alinea, has been one of the top ranked restaurants in the country since the day it opened in May 2005. Chef's Table returns with 6 new episodes on May 27, 2016 exclusively on Netflix, featuring a different chef each episode. 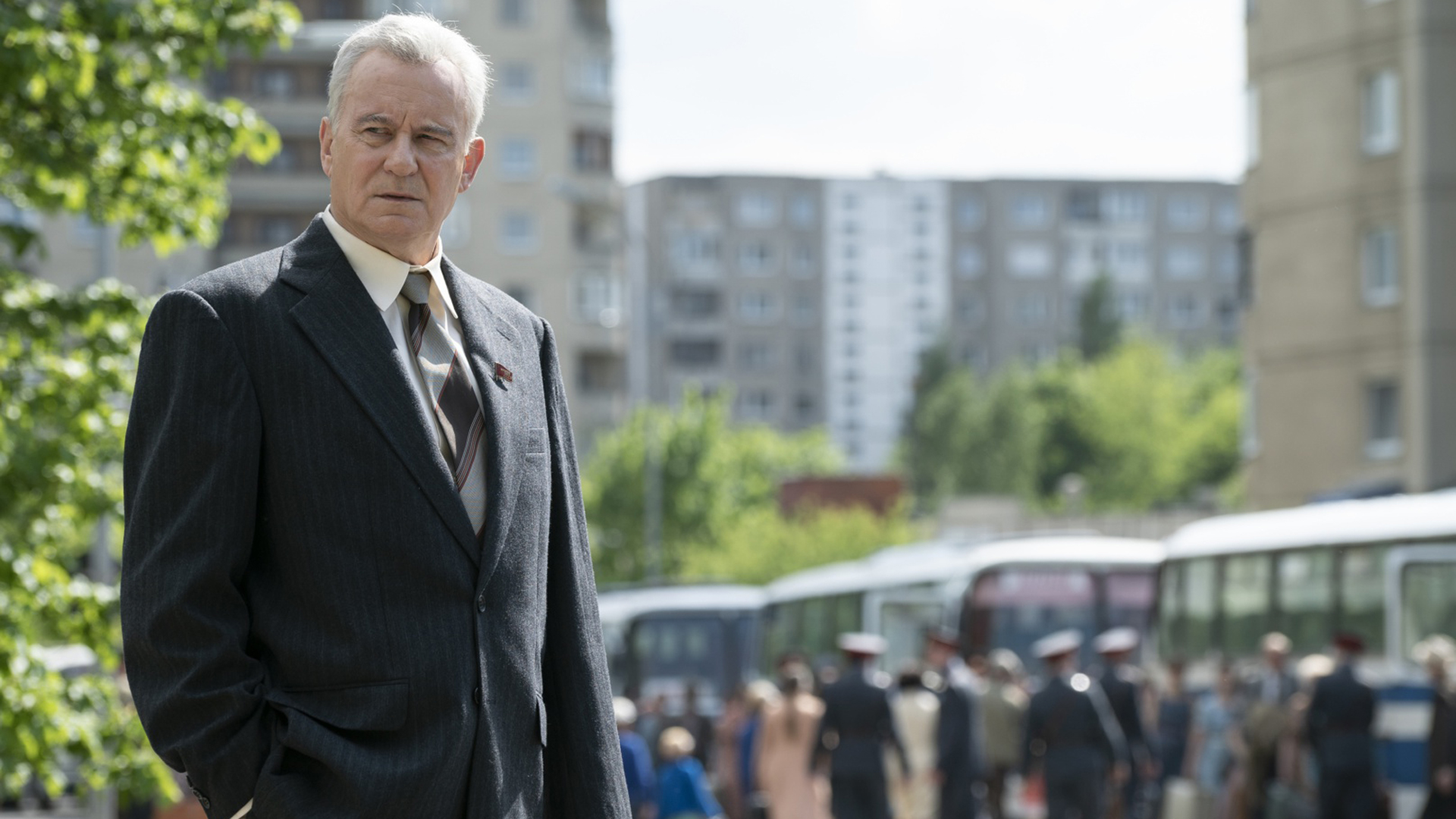 TFF 2019
Chernobyl dramatizes the story of the 1986 nuclear accident, one of the worst man-made catastrophes in history, and of the brave men and women who sacrificed to save Europe from disaster, all the while battling a culture of disinformation. |Read More
Action, Drama, Thriller, Biography 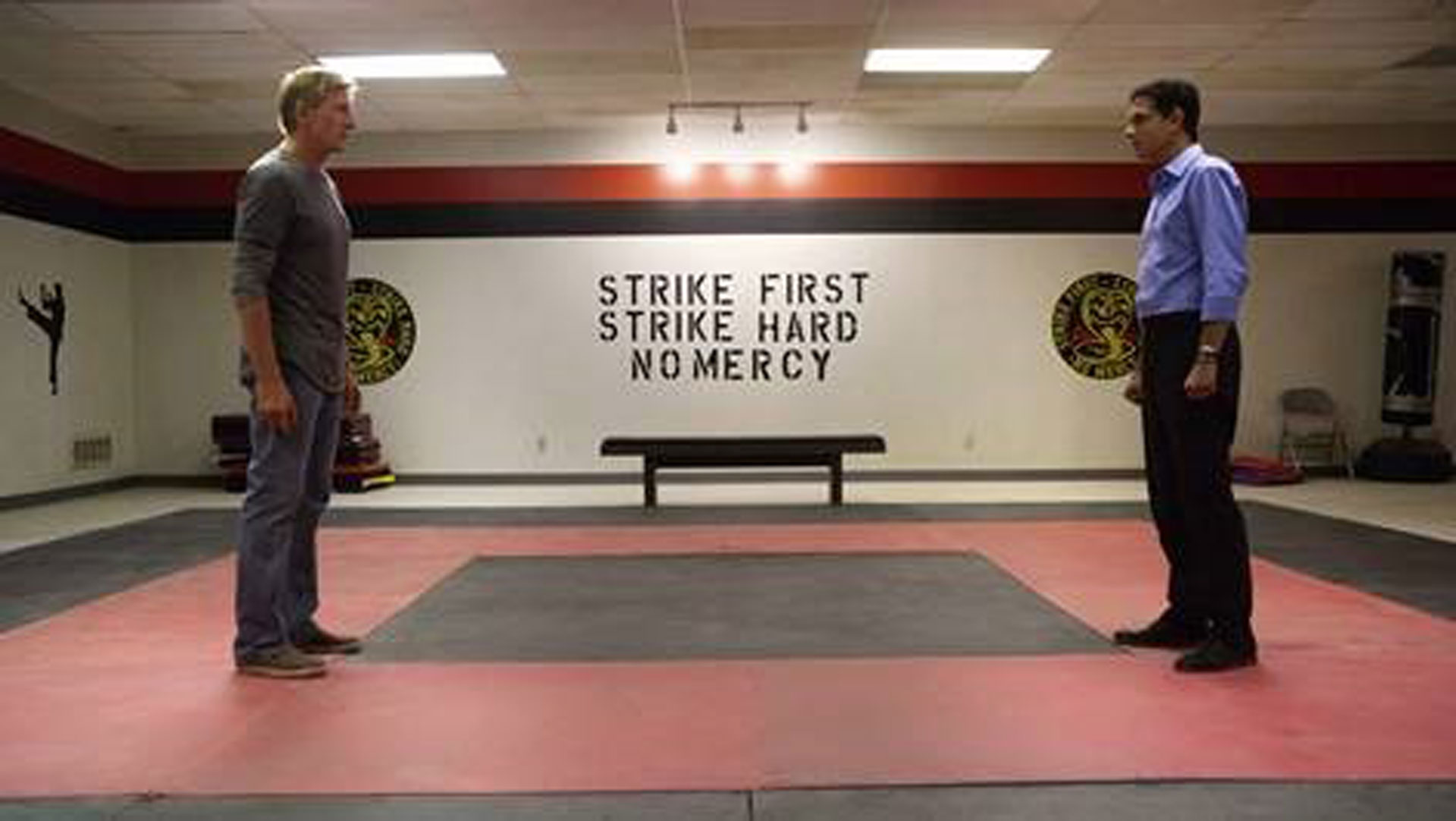 TFF 2018
Epic adversaries return to the dojo in Cobra Kai, an all-new series in which Ralph Macchio and William Zabka reprise their star-making roles (and rivalry) from the iconic film franchise, The Karate Kid. |Read More
Action, Comedy, Drama 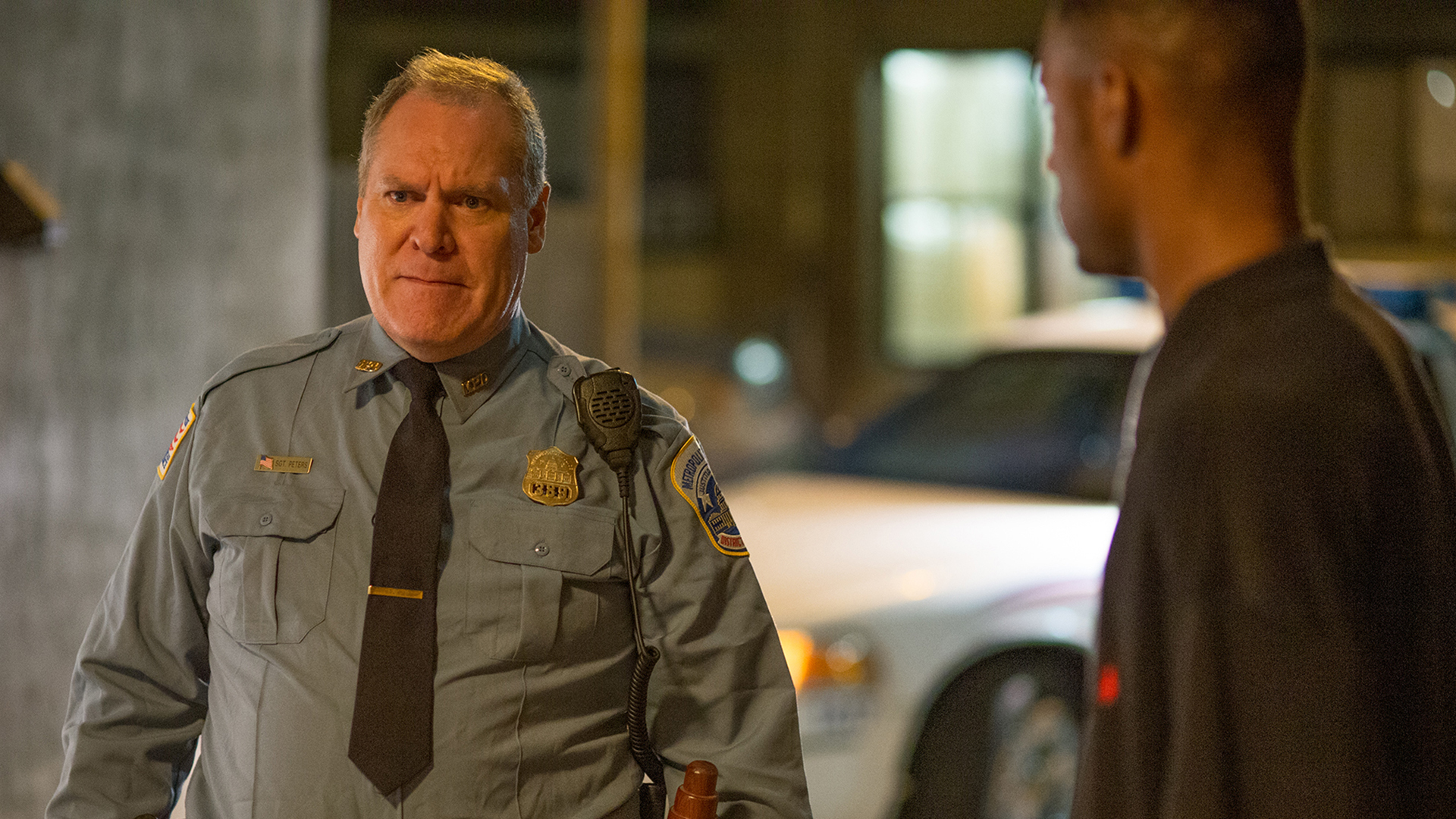 TFF 2019
DC Noir is a crime series composed of stories that follow an array of different characters living and dying on the fringes of society in the nation’s capital. Based on the short stories written by George Pelecanos. |Read More
Drama 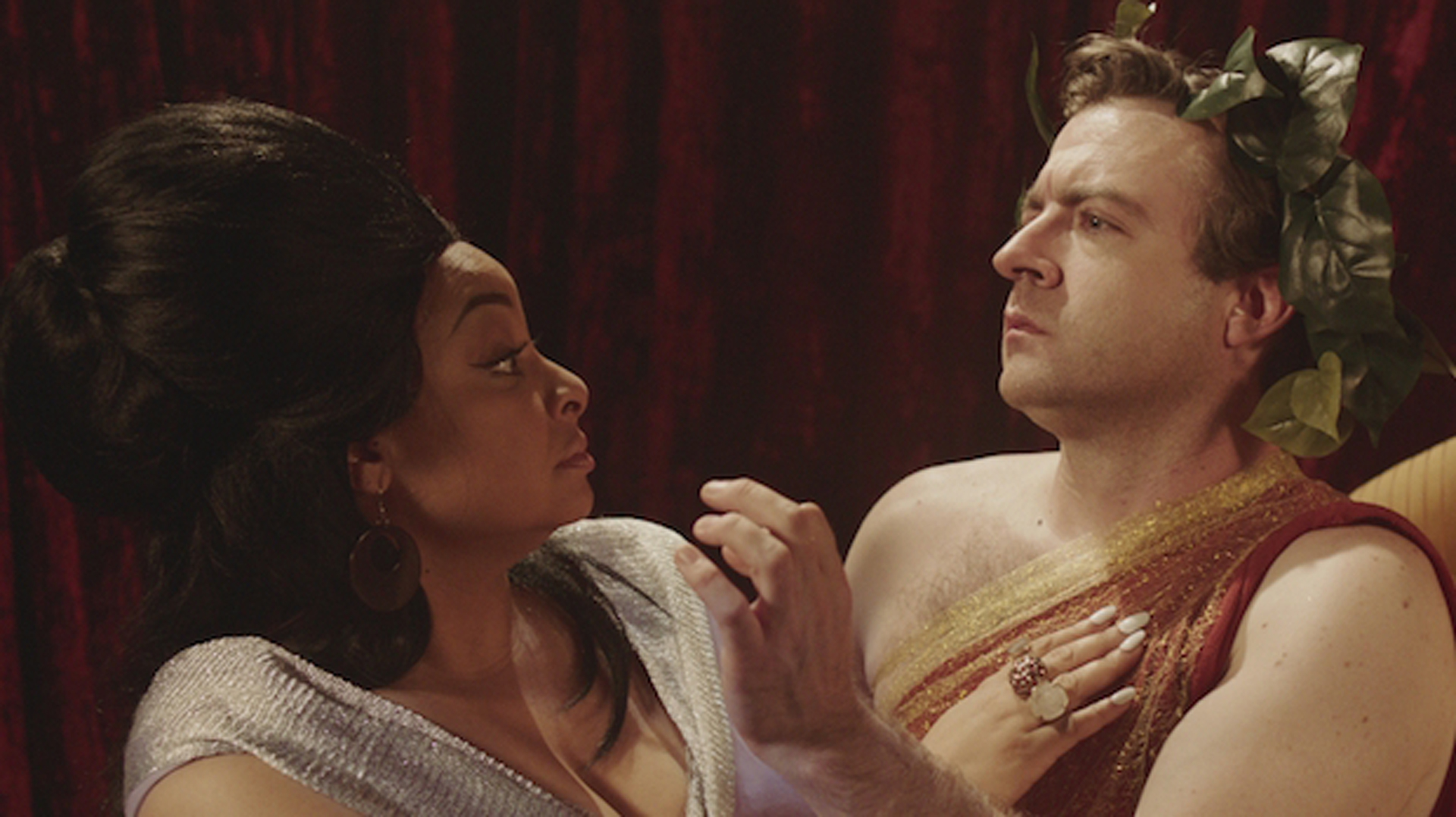 TFF 2018
Derek Waters, along with an ever-changing cast of actors and comedians, travels across the country to present the liquored-up narrative of our nation's rich history. |Read More
Comedy 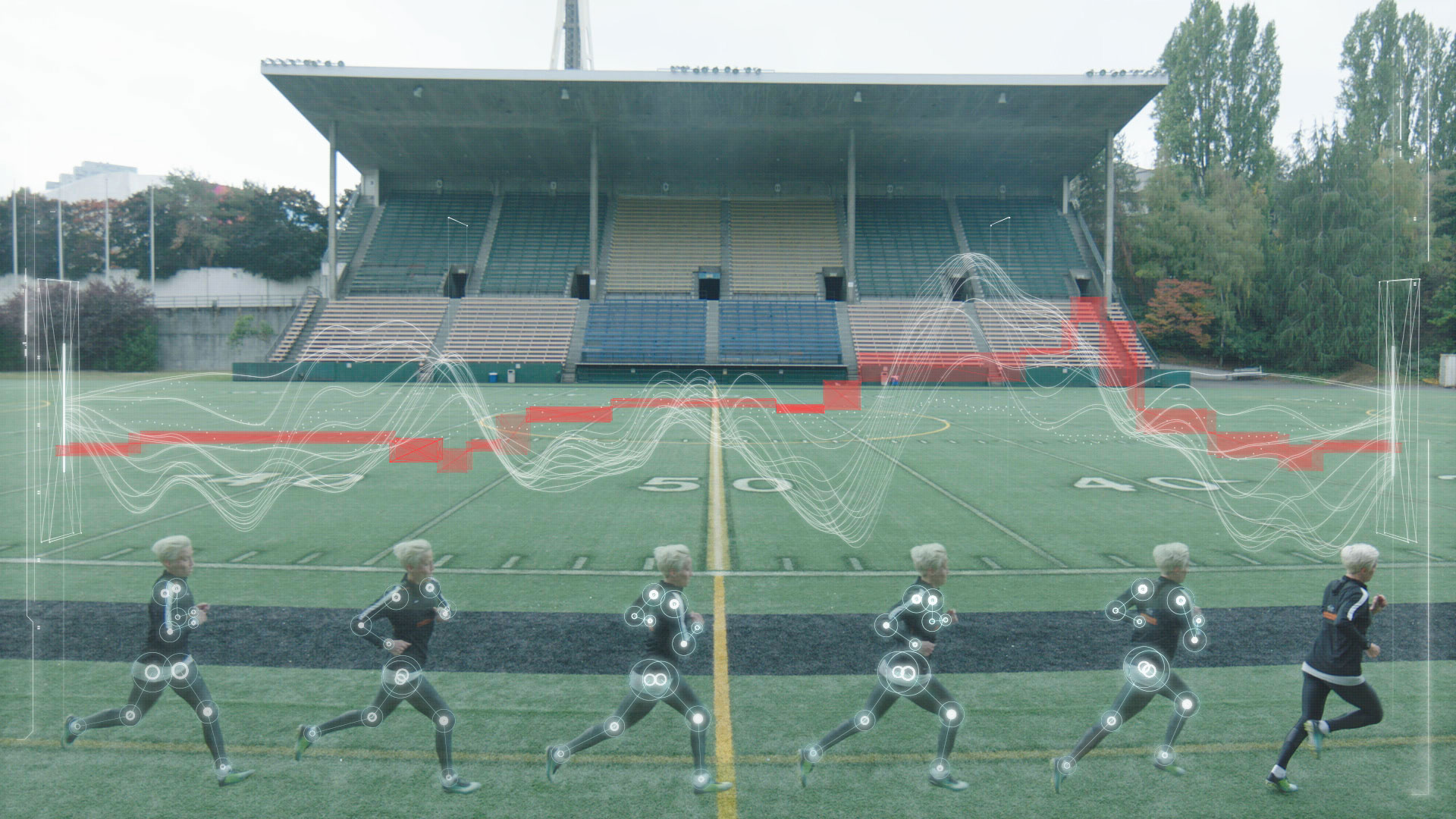 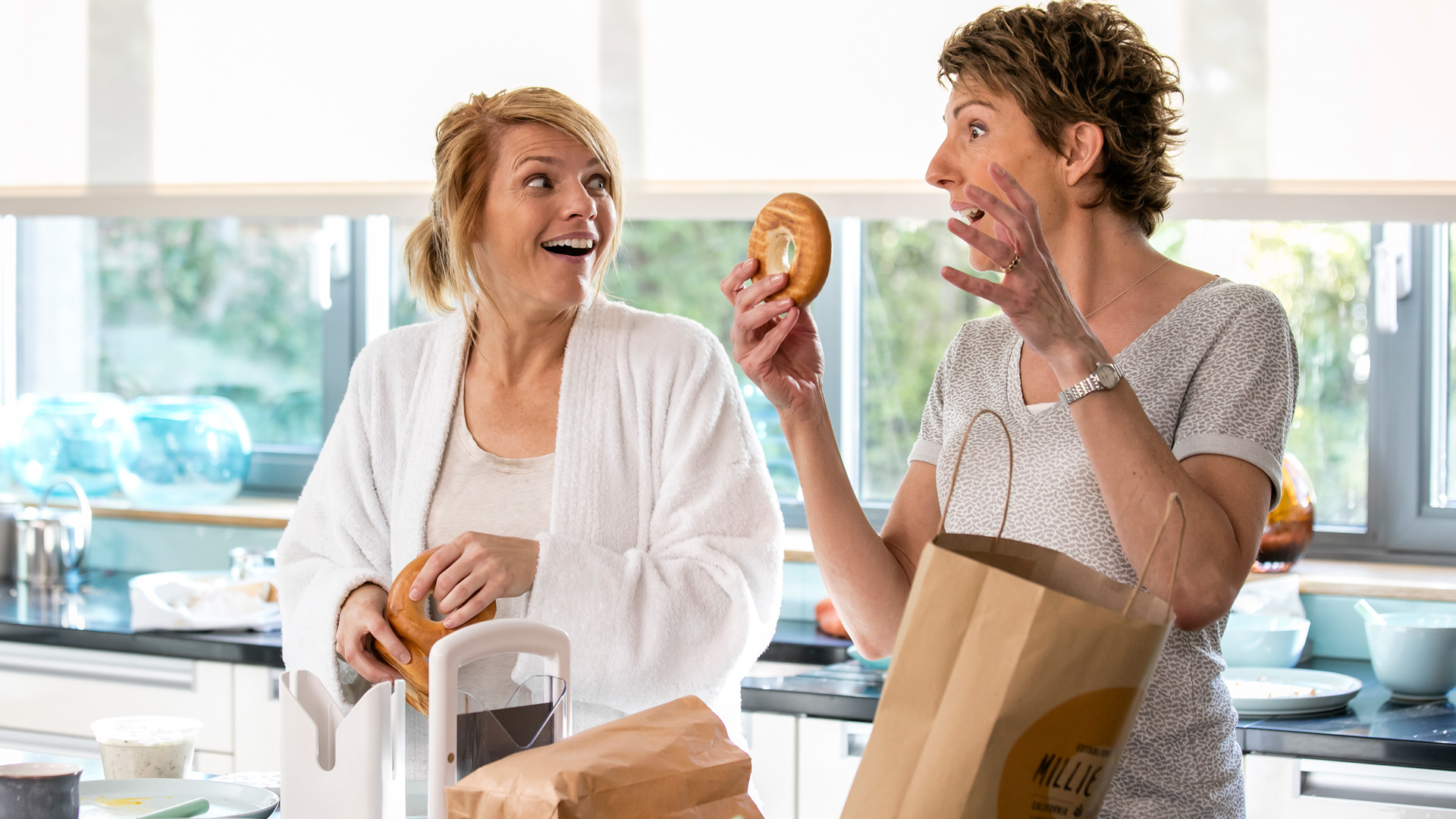 TFF 2017
Episodes, the award-winning, razor-sharp comedy about the insanity of making a television show, returns for its fifth and final season. Lauded English television writers Sean and Beverly Lincoln were lured to Hollywood to adapt their much-loved British boarding-school comedy, Lyman’s Boys. Their American network has mangled the show into Pucks!, a sitcom about a high school hockey coach starring Matt LeBlanc (played brilliantly by himself). After a dismal run, the sitcom was finally put out of its misery. Now Sean and Beverly struggle to create a successful new project in this country without completely losing their integrity, while Matt desperately attempts to revitalize his disappearing acting career. 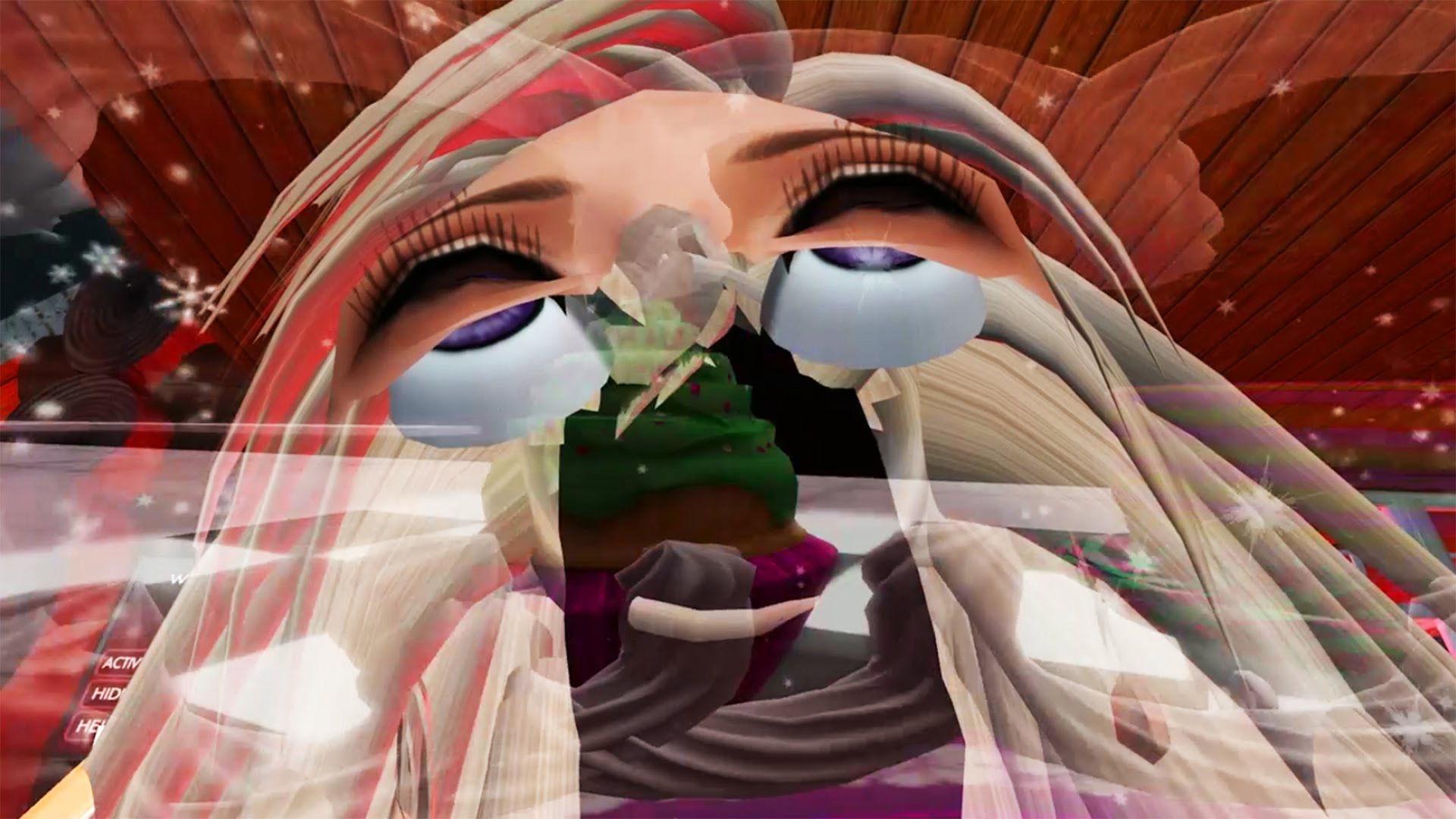 TFF 2017
The Eyeslicer is a new variety TV show that brings the next generation of alternative American filmmakers together under one strange roof. The hour-long show will slice, dice, and then mince your eyeballs into delicious ceviche. Each episode is a handcrafted mixtape, blending boundary-pushing short form work into into a weird, wild, uninterrupted whole. The Eyeslicer premieres at Tribeca with the episode "Facial Reconstruction", featuring work from acclaimed indie filmmakers Lauren Wolkstein, Erin Vassilopoulos, Shaka King, Danny Madden, and Leah Shore. 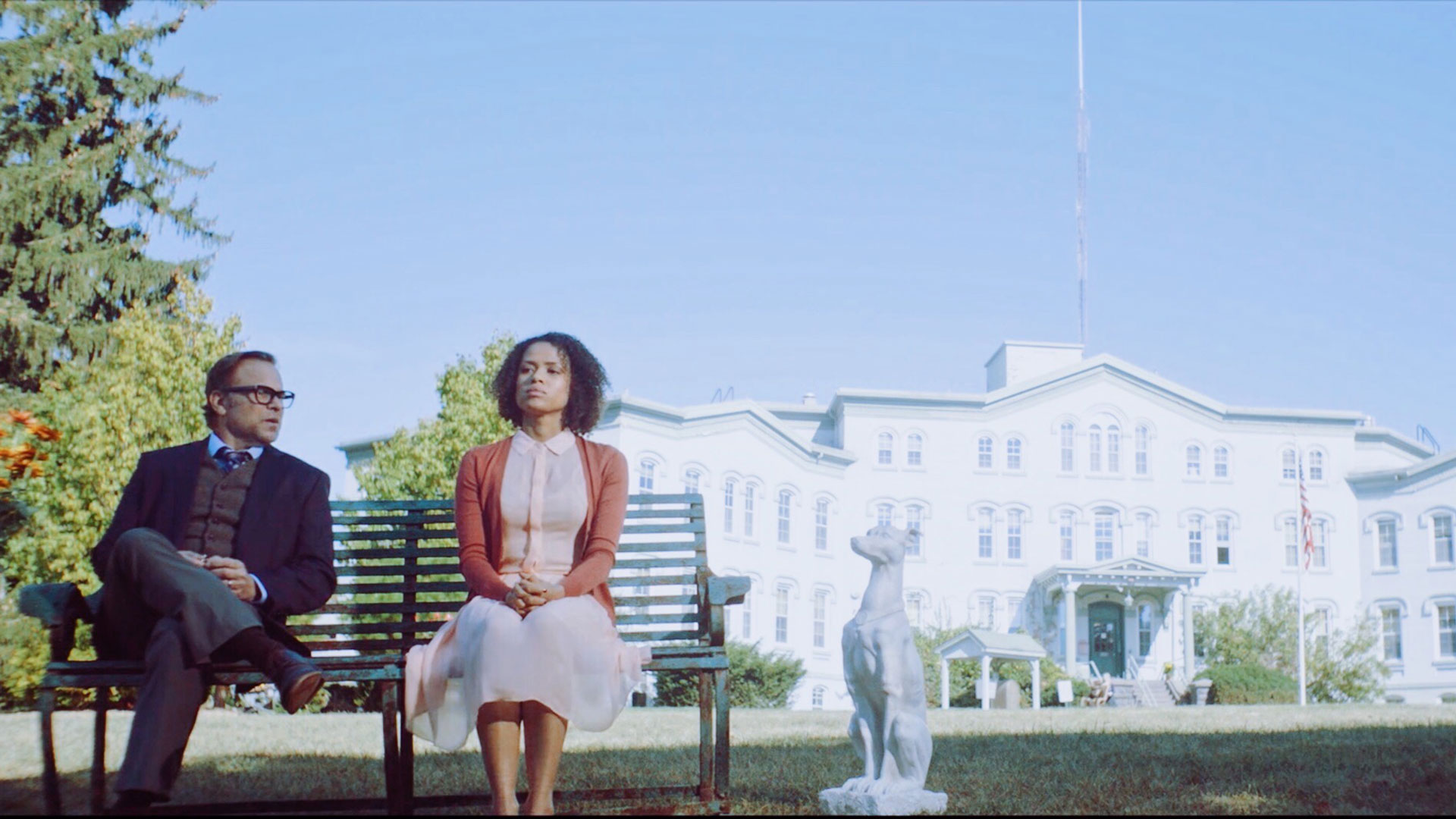 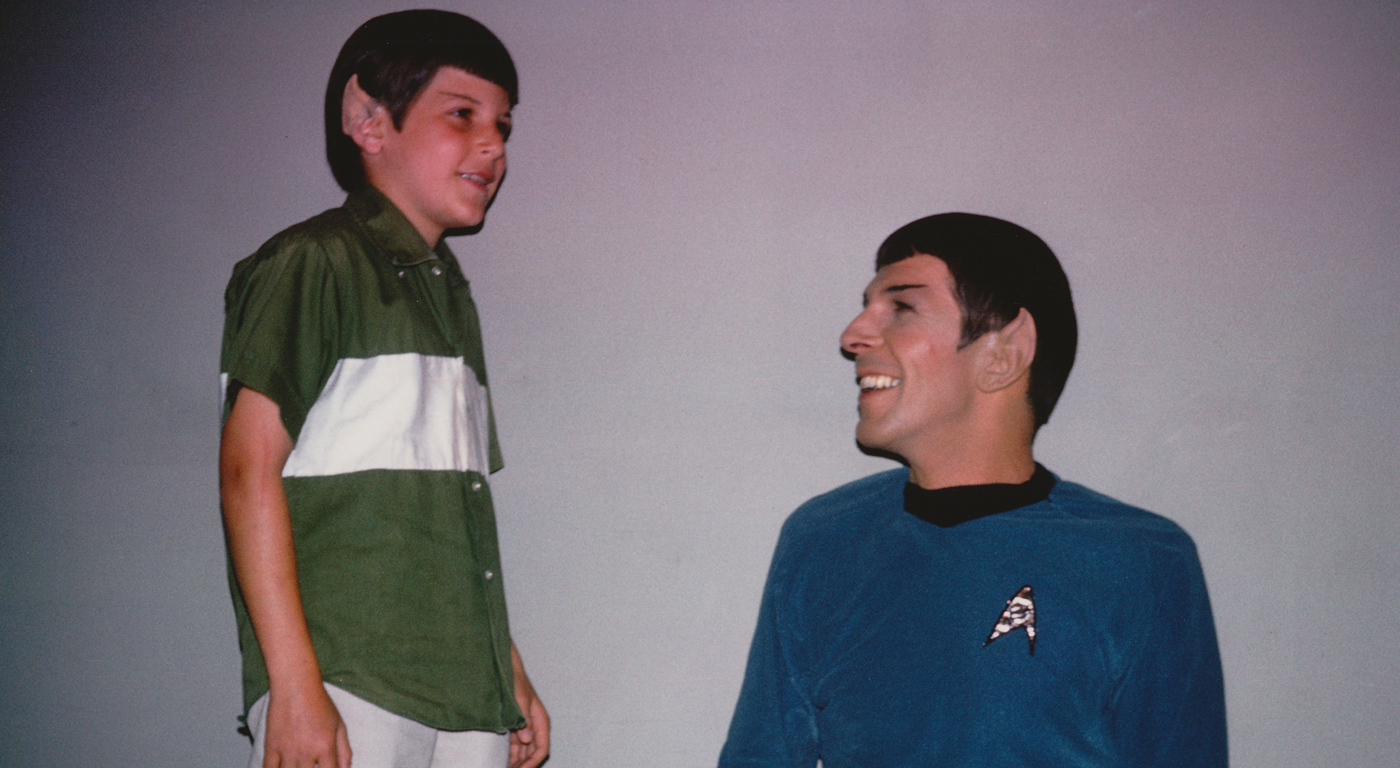 FOR THE LOVE OF SPOCK

TFF 2016 Documentary Feature
For the Love of Spock is a documentary film about the life of Star Trek's Mr. Spock as well as that of Leonard Nimoy, the actor who played Mr. Spock for almost fifty years, written and directed by his son, Adam Nimoy. 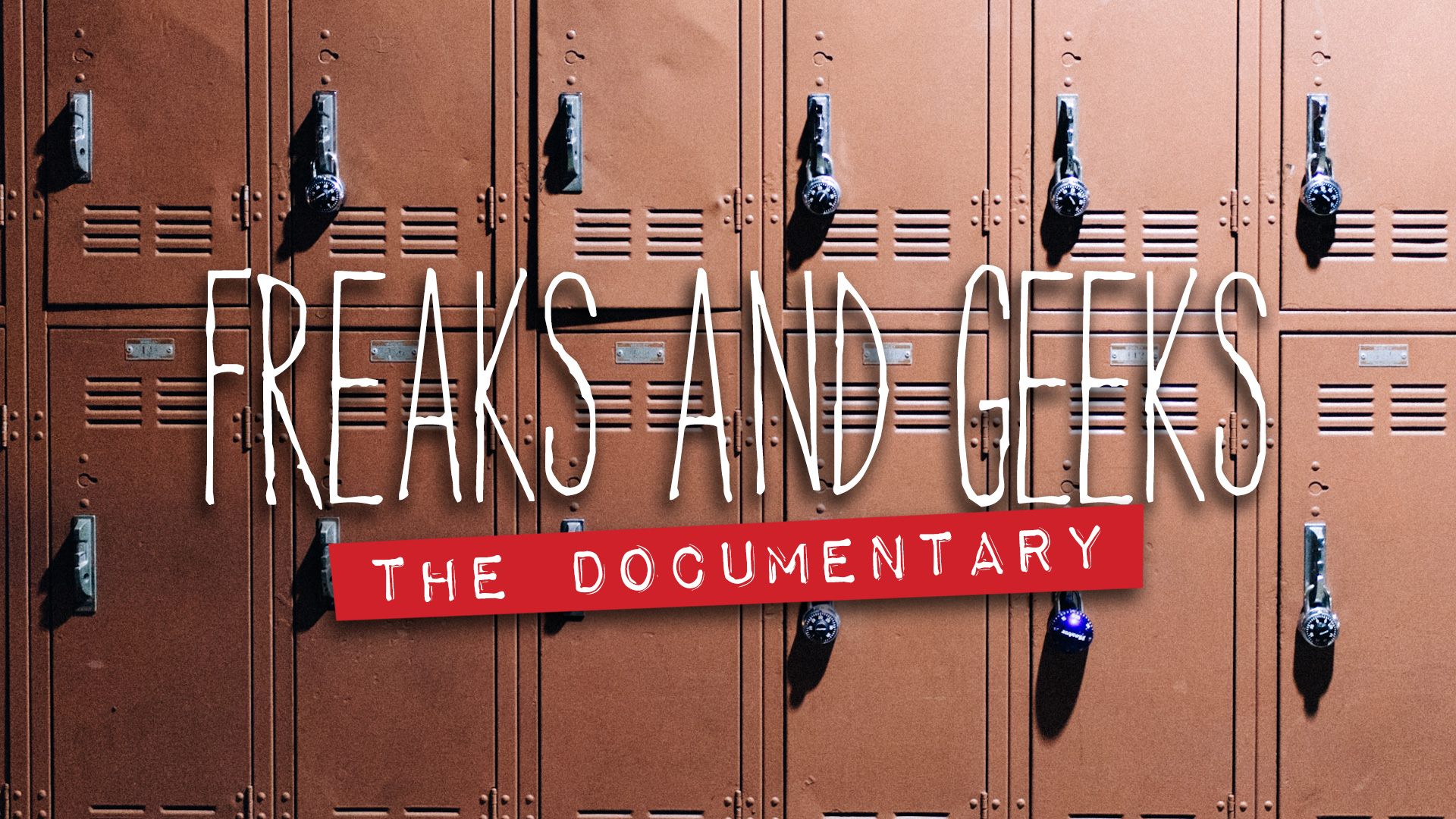 FREAKS AND GEEKS: THE DOCUMENTARY

TFF 2018 Documentary Feature
Tribeca alum Brent Hodge examines the untold stories and pivotal moments from the making of one of the greatest "one-season wonders" ever produced—one that influenced pop culture far beyond the series' short TV life. |Read More
Documentary