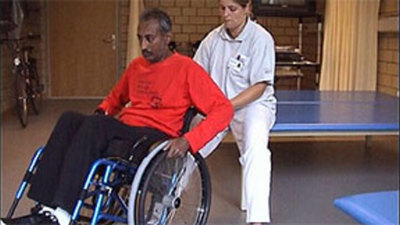 TFF 0 Documentary Feature
Gil Rossellini (son of Italian filmmaker Roberto and brother of actress Isabella) documents his battle with a rare and devastating bacterial infection, which left him a paraplegic. Shot in a charmingly low-tech, off-the-cuff manner, Kill Gil (Volume 1) conveys a tremendous sense of hope and perseverance, while avoiding pat feelings of pity and morbidity. In English. |Read More
Documentary 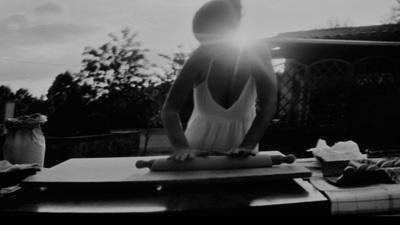 TFF 2013 Documentary Short
This whimsical black-and-white film essay explores the Tuscan landscape and the relationship between tradition, modernity and food. Through shimmering, hand-processed, window-framed ruminations, time passes in licks of light, while a storm gathers and a woman makes pasta by hand. |Read More
Documentary 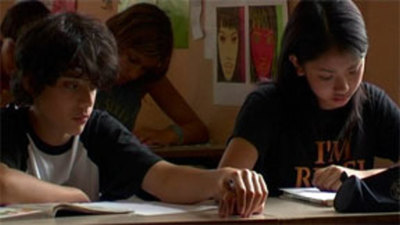 TFF 0 Narrative Short
Benedetta is a 14-year-old school girl, and like many girls her age, she is prone to day dreams. In Benedetta's case she sits around and dreams of Prince Charming. Instead of facing life and meeting real boys, she prefers to make up a perfect world existing only in her room. Then one day Beniamino, a schoolmate of hers, starts attracting her attention. Thus begins a love story as simple and troubled as love is between teenagers. |Read More

TFF 2010 Narrative Feature
Ferzan Ozpetek (Facing Windows, A Perfect Day) sets this playful family comedy in the picturesque city of Lecce in the deep south of Italy. Tommaso, a reluctant soon-to-be-partner in his wealthy family's pasta business, has plans to come out—and hopefully get out of his family obligation. But when his plans are thwarted by his brother, Tommaso gets stuck on the path that he was desperately trying to avoid. |Read More 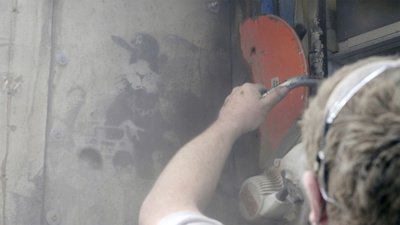 TFF 2018 Documentary Feature
In 2007, the anonymous graffiti artist Banksy painted a series of political works around Palestine, only to have them cut down and sold off to the highest bidder. The resulting narrative is a stylish examination of public space and the commodification of street art. |Read More
Documentary, First Time Filmmaker 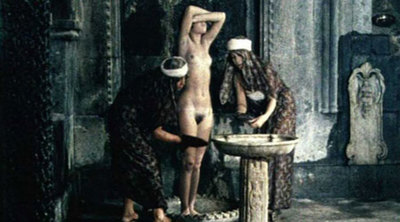 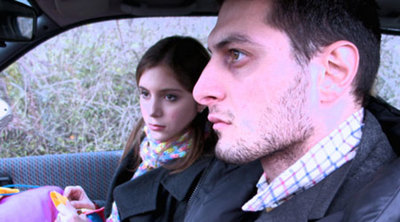 TFF 0 Narrative Short
A young pig slaughterer dreams of escaping from his suffocating life in the Italian countryside. In a moment of panic, he makes a break for the big city -- bringing along his girlfriend's teenage sister for the ride. |Read More
Drama, Female Director(s) 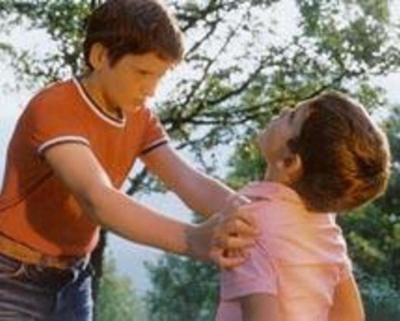 TFF 2005 Narrative Feature
A frequent and inventive daydreamer, little Sergio learns from his parents that he will soon have a baby brother. When he subsequently imagines that he is incinerating this new sibling on the family barbecue, he is overcome - hilariously - with a sense of guilt. |Read More
Drama 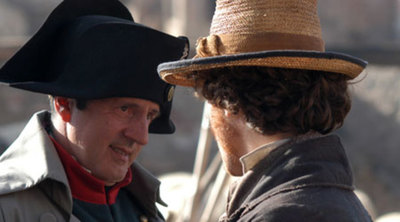 TFF 0 Narrative Feature
Napoleon's exile on the Italian island of Elba is seen through the eyes of a young teacher who reviles the former emperor (played by Daniel Auteuil), but must serve as his librarian in this light-hearted costume drama that's as fast-paced as an operetta and spiked with Tuscan humor. Featuring Monica Bellucci as the intriguing Baroness. |Read More
Drama, Comedy 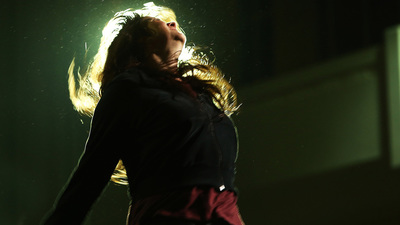 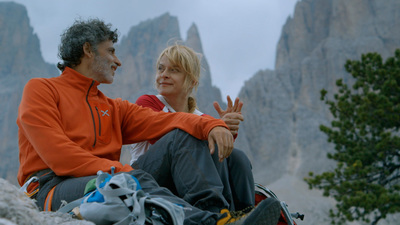 NIGHTSHIFT BELONGS TO THE STARS

TFF 2013 Narrative Short
On the eve of their respective open-heart surgeries, Matteo and Sonia forge a friendship through a mutual passion for mountaineering and a promise to climb together in the Dolomites, in Trentino, Italy. Will their hearts survive the challenge? Though Sonia’s husband Mark worries about his wife and feels threatened by Matteo, the two aim for the summit, opening the route to a new beginning and a second chance at life. |Read More
Drama 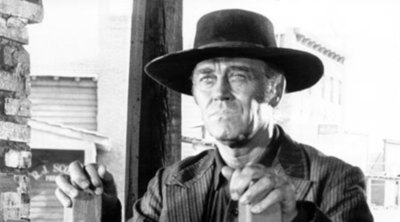 ONCE UPON A TIME IN THE WEST

TFF 2008 Narrative Feature
What is there to say except "restored at last." Sergio Leone's breathtakingly beautiful and unforgettable film, as much an opera as it is a Western, has been both adored and reviled since its initial release, but it has been almost impossible to see the way it was intended to be seen-—until now. |Read More
Drama 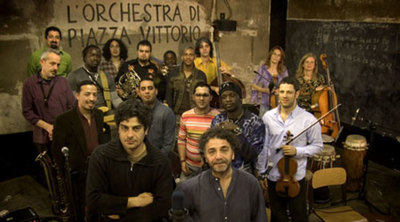 TFF 2007 Documentary Feature
An unlikely story of how two energetic Romans created an orchestra composed entirely of immigrants from all over the world living in one area of the Eternal City. When 30 different musicians playing 15 unrelated instruments finally take the stage, they provide a rousing call to arms for all who believe in the mini-miracles of neighborhood cultural initiatives. |Read More
Documentary, Music 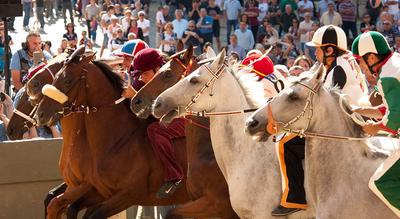 TFF 2015 Documentary Feature
Taking bribes and making deals is as essential as being a good rider in the Palio, the world’s oldest horse race. Giovanni, a young jockey, is up to the challenge when he faces his former mentor on the track. What ensues is a thrilling battle with the intoxicating drama that is at the center of Italian tradition.
Screenings of Palio will be preceded by Origins - Danica Patrick: Star race car driver Danica Patrick retells the moment she discovered her super power as a 10 year-old racing go-carts. It was on a little track in rural Beloit, Wisconsin where she discovered that she would do anything to win, and found the internal drive and focus to accomplish greatness. |Read More
Documentary 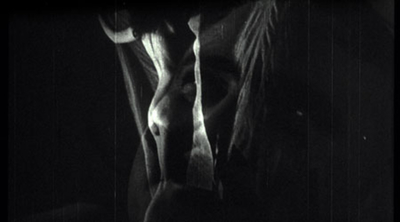 TFF 0 Narrative Feature
A unique "oratorio for moving image and sound," and a dramatic meditation on the very act of seeing. This extraordinarily powerful film sets the music of Arvo Pärt's Passio--which has been called one of the last masterpieces of 20th Century music--against images carefully chosen from the billions created during the tumultuous century since moving image media first appeared. Its declared ambition is to manifest the neglected or repressed memory of the human race during this era. We are proud to have the honor of presenting the North American Premiere of this unforgettable event, and especially happy--since Pärt's music is itself an interpretation of the Gospel of St. John--to arrange for our initial three screenings with live music to be in New York City's magnificent Cathedral Church of St. John the Divine. |Read More
Music 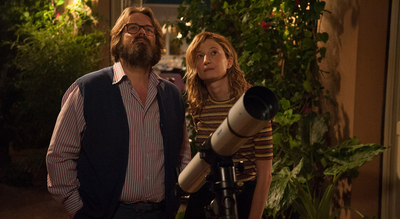 TFF 2016 Narrative Feature
Paolo Genovese's new film brings us a bitter ensemble with an all star cast that poses the question: How well do we really know those close to us? During a dinner party, three couples and a bachelor decide to play a dangerous game with their cell phones. Brilliantly executed and scripted, Perfect Strangers reveals the true nature of how we connect to each other. |Read More
Comedy, Female Screenwriter(s) 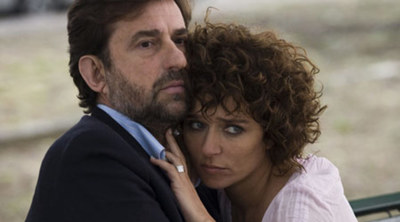 TFF 2011 Narrative Feature
Two decades after he disappeared from Naples, ex-gangster Rosario has earned all the rewards of a simple life in rural Germany—a lovely young wife, a new son, and a gratifying restaurant/hotel business. But when a pair of mysterious young men take a room at his hotel, Rosario's violent past catches up with him. The great Toni Servillo (Il Divo, Gomorrah) stars in this slow-burn dramatic thriller, a brilliant addition to the new school of sophisticated, subtly suspenseful Italian crime films. |Read More
Drama, Crime 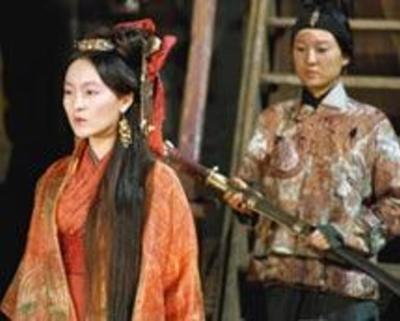 TFF 2005 Narrative Feature
A pirate story set in China in the 1600's, which tells the tale of a young widow, who takes over after her pirate husband dies. The film is based on a folktale and, according to director Ermanno Olmi, its title refers to when the pirates returned to living peacefully and women passed their days happily "singing behind screens." |Read More 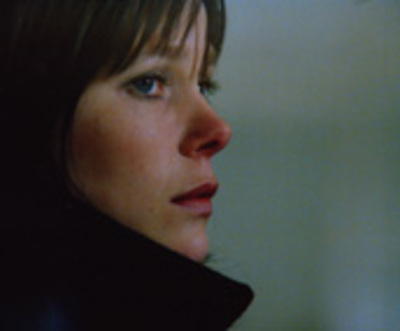 TFF 2004 Narrative Feature
Valeria is a passive onlooker to her own life in Turin, and she grows so obsessed with the activities of her neighbor Massimo that when he moves to Rome she decides to follow him. There she meets and unexpectedly befriends Massimo's companion Flavia, and becomes enmeshed in both of their lives. |Read More