Home » THROUGH HER LENS: The Tribeca Chanel Women's Filmmaker Program

THROUGH HER LENS: The Tribeca Chanel Women's Filmmaker Program

Tribeca and CHANEL come together in support of women in film. Through Her Lens, The Tribeca CHANEL Women's Filmmaker Program, in collaboration with Pulse Films, promotes emerging and independent voices. From funding and project support to dedicated mentorship, this multi-faceted 3-day program champions up-and-coming women writers and directors in the United States. With guidance from Tribeca, one of the country's most engaged and respected supporters of women writers and directors, THL helps foster these vital voices in their professional and artistic development. Over the course of the program, our mentors assist talent to refine and present their short film concepts to the film industry, and ultimately select one of their projects to fund and produce.

Through Her Lens: In conversation

Working with Actors with Kristen Stewart and Jenny Slate

As part of Through Her Lens, a program celebrating women’s artistic voices, Tribeca and CHANEL are hosting a series of conversations between leading women in film. Join masterful performers Kristen Stewart and Jenny Slate as they reflect on their experiences working with actors from both sides of the camera — and what projects they’re working on now.

To watch the other videos in our Through Her Lens: In Conversation series, please click here.

CRYSTAL KAYIZA was raised in Oklahoma and is now a Brooklyn-based filmmaker. Named one of Filmmaker magazine’s 25 New Faces of Independent Film, she is a recipient of the 2017 Jacob Burns Film Center Woman Filmmaker Fellowship and the 2018 Sundance Ignite Fellowship. Her film Edgecombe, which received the 2018 Gold Plaque at the Chicago International Film Festival, was an official selection of the 2019 Sundance Film Festival and was acquired for distribution by the PBS series POV. Her most recent film, See You Next Time, which aired on Starz, was an official selection of the 2020 Sundance Film Festival and appeared in The New Yorker Documentary series. Kayiza received a Heartland Emmy® award in 2012 for her film All That Remains, which profiles Boley, Oklahoma, one of the nation’s last all-Black towns. 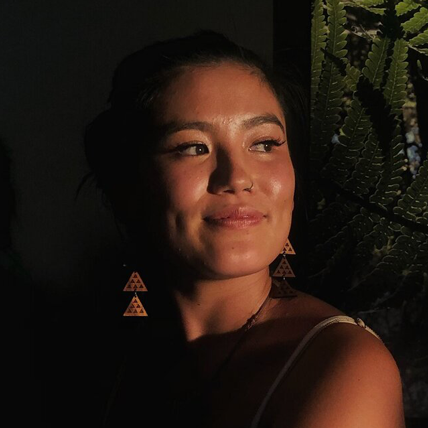 JALENA KEANE-LEE is a director, cinematographer and producer who explores intergenerational trauma healing through an intersectional lens. Keane-Lee is the co-founder of Breaktide Productions, an all-women-of-color video production company rooted in intersectional solidarity. Breaktide has carried out national video campaigns for brands like Nike and Thinx, and its branded content has won two Cannes Lion awards. In 2019, Breaktide was named on the Yerba Buena Center for the Arts list of 100 changemakers. Keane-Lee produced a short film for Independent Lens and her films have screened at the UN, HIFF, CAAMFest and LAAPFF. She has been supported by NeXt Doc, the Jacob Burns Film Center Creative Culture Fellowship, PIC and Nia Tero.