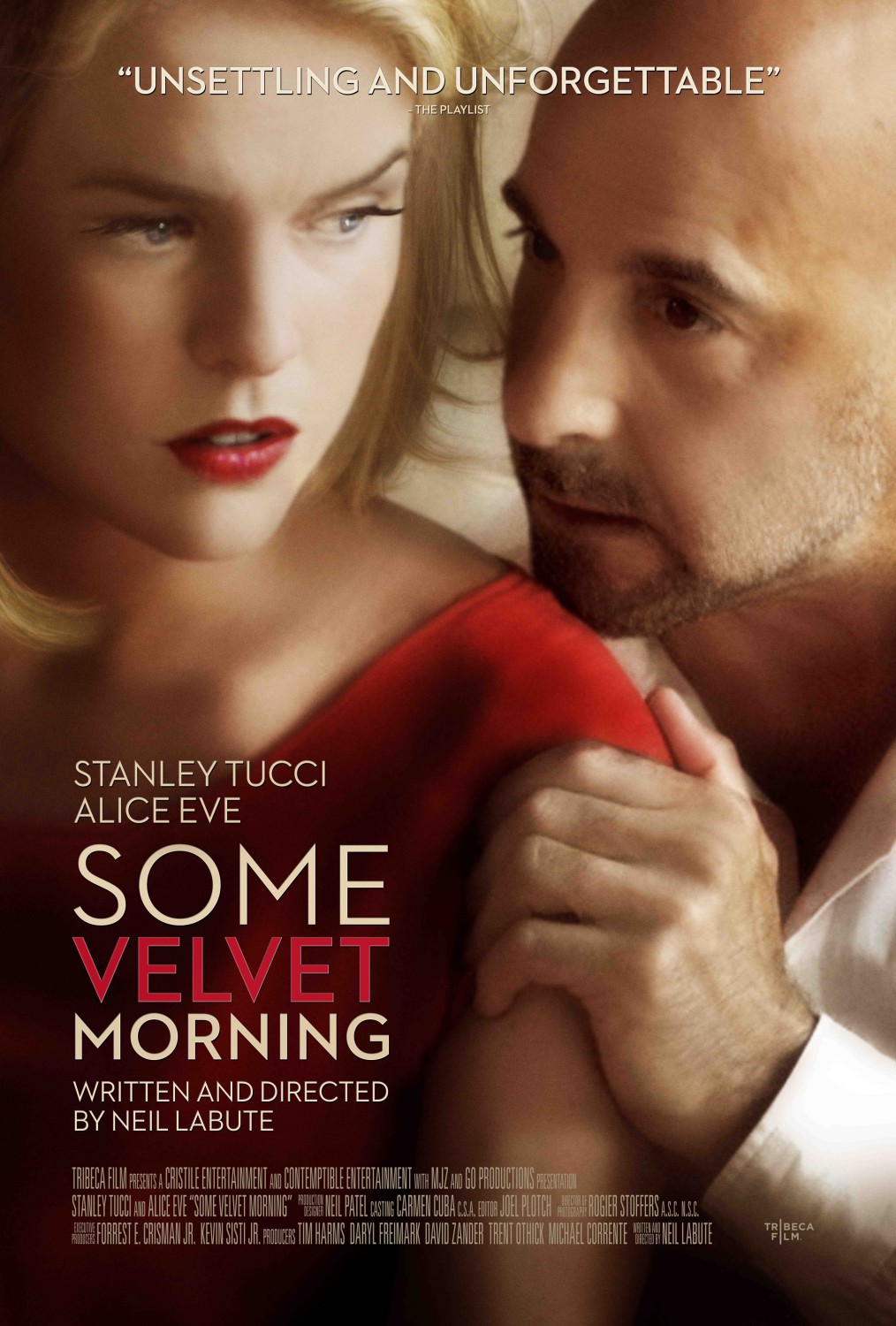 Fred (Stanley Tucci) arrives at the doorstep of his beautiful young mistress Velvet (Alice Eve) after four years apart, claiming to have finally left his wife. But when she rejects his attempts to rekindle their romance, his persistence evolves into obsession — and a dark history between the former lovers comes into focus. A return to form for writer/director Neil LaBute (IN THE COMPANY OF MEN, YOUR FRIENDS AND NEIGHBORS), SOME VELVET MORNING is an astutely written portrait of a very modern romance.