TRIBECA’S 20TH ANNIVERSARY FESTIVAL TO OPEN WITH WORLD PREMIERE OF CREATOR LIN-MANUEL MIRANDA AND DIRECTOR JON M. CHU’S IN THE HEIGHTS ON JUNE 9

TRIBECA’S 20TH ANNIVERSARY FESTIVAL TO OPEN WITH WORLD PREMIERE OF
CREATOR LIN-MANUEL MIRANDA AND DIRECTOR JON M. CHU’S IN THE HEIGHTS ON JUNE 9

“It is such an honor to open the 20th anniversary Tribeca Festival with ‘In the Heights.’ We’re so excited to welcome them uptown! This will be an unforgettable night at the United Palace. We can’t wait to share this musical love letter to our community, with our community, in our community.” — Lin-Manuel Miranda, Creator of ‘In the Heights’

NEW YORK – April 16, 2021 –The 2021 Tribeca Festival™, presented by AT&T, will kick off its 20th anniversary on June 9th, with the event film of the summer, Warner Bros. Pictures’ highly anticipated musical celebration In the Heights. Jon M. Chu directed the screen adaptation of the Tony Award-winning musical, created and produced by New York’s own Lin-Manuel Miranda. Tribeca will host the film’s world premiere, in partnership with City National Bank and Montefiore-Einstein, at the United Palace theater in Washington Heights, the very neighborhood where the vibrant story takes place.

For the first time ever, the festival’s opening night will be screened simultaneously across all five boroughs in multiple open-air venues. The 2021 edition will run June 9-20 as the first major North American film festival held in person since COVID-19.  The 12-day live celebration is the culmination of NY PopsUp, the statewide revitalization initiative to bring back live entertainment and the arts to the community.

“We are thrilled to be partnering with Tribeca for a city-wide takeover of In the Heights. New York, and specifically Washington Heights, is the lead character in our film—its vibrancy and energy are unmatched. How incredible that after a year of isolation, New Yorkers from across all boroughs will have an opportunity to see it first, together, and join us in the celebration of life coming back,” statedJon M. Chu, Director of In the Heights. 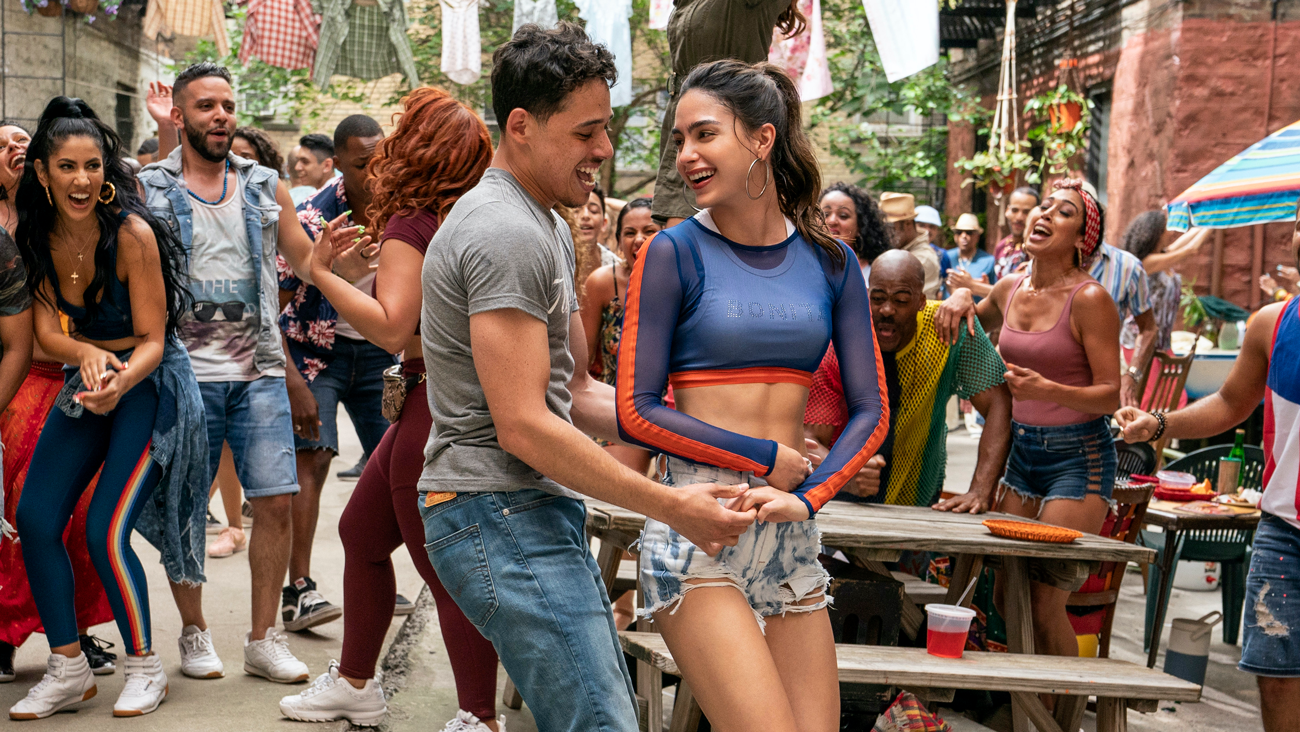 “In the Heights is the quintessential New York story of hard-work, resilience, and triumph. We are proud to feature this film as Opening Night where it can debut in its hometown in celebration of its New York roots and the Latinx community,” said Jane Rosenthal, Co-Founder and CEO of Tribeca Enterprises and the Tribeca Festival.

“We couldn’t be more excited to offer this unique, first-of-its-kind film experience as a gift to communities all over New York City,” added Paula Weinstein, Chief Content Officer, Tribeca Enterprises.

Quiara Alegría Hudes adapted the screenplay, with original songs and lyrics by Miranda, about a likeable, magnetic bodega owner Usnavi, played by the dynamic Anthony Ramos, who hopes, imagines, and sings about a better life. The film also stars Corey Hawkins, Leslie Grace, Melissa Barrera, Olga Merediz, Daphne Rubin-Vega, Gregory Diaz IV, Stephanie Beatriz, Dascha Polanco, and Jimmy Smits. Miranda, Hudes, Scott Sanders, Anthony Bregman, and Mara Jacobs produce. The film will be released by Warner Bros. Pictures in the U.S. in theaters and on HBO Max on June 11 and will be available on the streaming platform for 31 days from theatrical release. 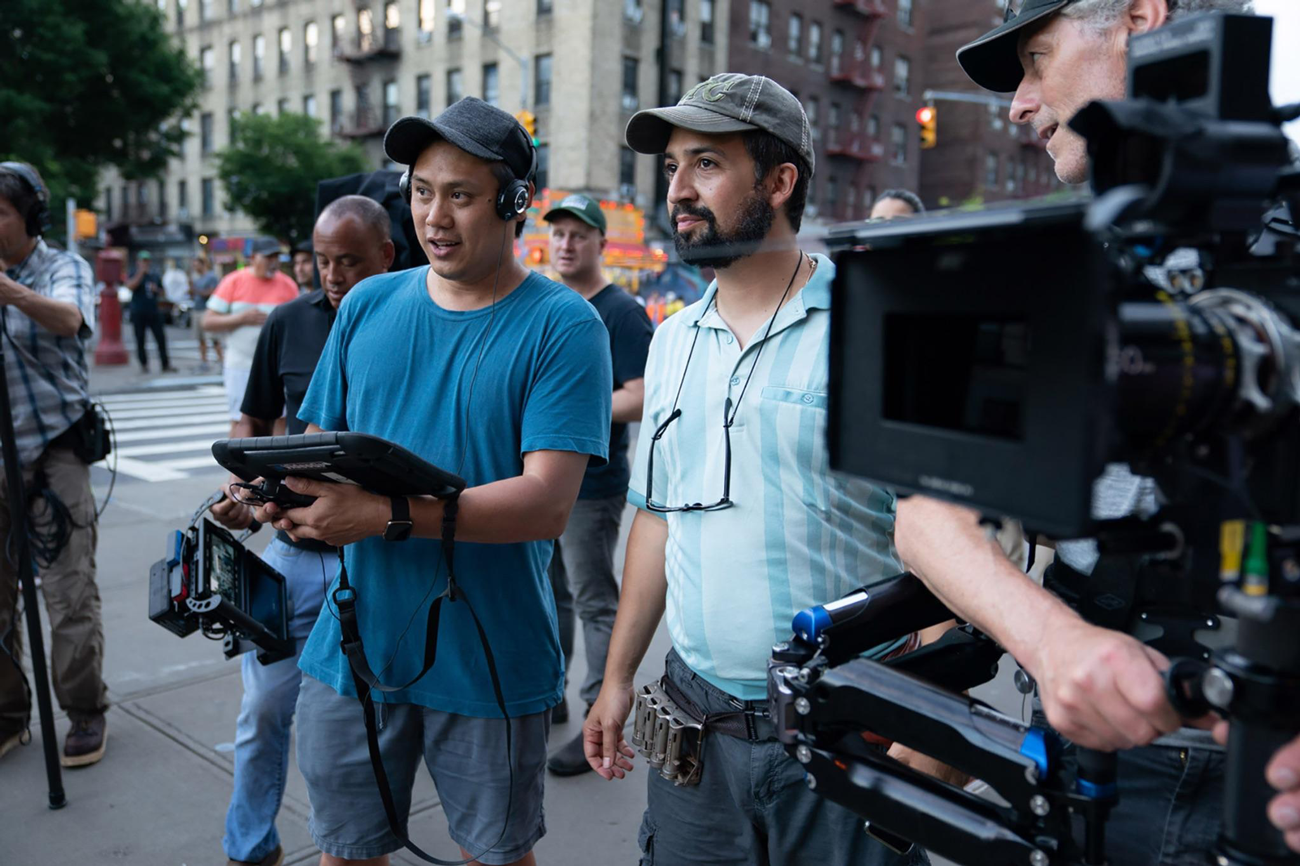 Recently, Tribeca announced their plans for the upcoming festival including partnerships with some of the most iconic outdoor sites where festival-goers can safely gather and celebrate various programming spanning from films, TV, immersive exhibitions, games to podcasts, concerts and more. Tribeca will also host community screenings in each New York City borough via state-of-the-art traveling 40-foot LED cinemas, the first mobile HD screens in the country.

Media interested in covering the festival may submit a press credential application on Tribeca’s press site. The deadline to apply is May 12, 2021.

Tribeca is proud to partner with City National Bank, the official bank of the Festival and Montefiore-Einstein, the official healthcare sponsor.

About the Tribeca Film Festival:
The Tribeca Festival, presented by AT&T, brings artists and diverse audiences together to celebrate storytelling in all its forms, including film, TV, VR, gaming, music, and online work. With strong roots in independent film, Tribeca is a platform for creative expression and immersive entertainment. Tribeca champions emerging and established voices; discovers award-winning filmmakers and creators; curates innovative experiences; and introduces new technology and ideas through premieres, exhibitions, talks, and live performances.

The Festival was founded by Robert De Niro, Jane Rosenthal, and Craig Hatkoff in 2001 to spur the economic and cultural revitalization of lower Manhattan following the attacks on the World Trade Center. Tribeca will celebrate its 20th year June 9 – 20, 2021.  www.tribecafilm.com/festival

In 2019,  James Murdoch’s Lupa Systems, a private investment company with locations in New York and Mumbai, bought a majority stake in Tribeca Enterprises, bringing together Rosenthal, De Niro, and Murdoch to grow the enterprise.