TRIBECA GAMES® EXPANDS WITHIN THE TRIBECA FILM FESTIVAL WITH FIRST-EVER CALL FOR SUBMISSIONS FOR VIDEO GAMES TO BE RECOGNIZED AS OFFICIAL SELECTIONS; DEBUTS TRIBECA GAMES AWARD 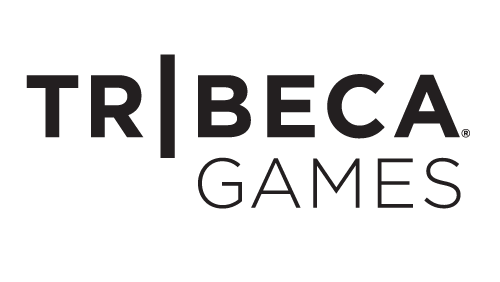 TRIBECA GAMES® EXPANDS WITHIN THE TRIBECA FILM FESTIVAL WITH FIRST-EVER CALL FOR SUBMISSIONS FOR VIDEO GAMES TO BE RECOGNIZED AS OFFICIAL SELECTIONS; DEBUTS TRIBECA GAMES AWARD

NEW YORK – September 24, 2020 –Tribeca Games will expand its programming during the 20th anniversary of the Tribeca Film Festival, presented by AT&T, taking place June 9-20, 2021 in New York City. For the first time, Tribeca will open submissions for games to join the Festival as Official Selections. Those chosen will also be eligible for the inaugural Tribeca Games Award, which will honor upcoming games from the selections that demonstrate artistic excellence in storytelling in a game. Tribeca Games will feature video game selections and conversations with leading voices in games throughout the Festival to highlight the medium as a form of storytelling, art and innovation. Submissions are now open:https://tribecafilm.com/festival/submissions.

The 2021 Tribeca Film Festival will mark the 10th anniversary of games’ inclusion after Rockstar Games’s L.A. Noire made history in 2011 as the first video game recognized as an Official Selection in a film festival. In the years since, Tribeca has showcased games including League of Legends, God of War, Shadow of the Tomb Raider, Beyond Two Souls, Firewatch, What Remains of Edith Finch and hosted conversations with several top game creators and prominent actors such as Hideo Kojima and Norman Reedus prior to the launch of Death Stranding.

“In the ten years since we first welcomed a game to Tribeca’s official program, we’ve seen an exciting convergence of games, film, and immersive experiences. Where there was once a clear delineation between media, there is now a blurring of the lines—stories have become games and games have become stories.” said Tribeca Enterprises and Tribeca Film Festival Co-Founder and CEO Jane Rosenthal. “Broad recognition for voices at the forefront of this ever-changing landscape is long overdue, and we intend to be a home for these creators whose incredible work should be celebrated.”

“Tribeca Games is expanding in response to the enthusiasm we have seen from the games community and our audiences. Games have proven to be one of the most sophisticated storytelling vehicles today -- not only with narrative but also with incredible artistic mastery, the creation of highly immersive worlds and providing meaningful connections to communities all over the world,” said Casey Baltes, Vice President of Tribeca Games. “We’re excited to celebrate games and game creators alongside film, immersive, music, art, and more at next year’s Festival.”

Games selected will be considered Official Selections and will be featured during the 2021 edition of the Tribeca Film Festival. Selections will also be eligible for the Tribeca Games Award and be considered for the NOW Creators Market, a first-of-its-kind, daylong, private industry market that brings together leading online and immersive storytellers to pitch new projects to a wide range of industry, including distributors, agencies, brands and more.

About the Tribeca Film Festival:
The Tribeca Film Festival, presented by AT&T, brings artists and diverse audiences together to celebrate storytelling in all its forms, including film, TV, VR, games, music, indie episodics and web series. With strong roots in independent film, Tribeca is a platform for creative expression and immersive entertainment. Tribeca champions emerging and established voices; discovers award-winning filmmakers and creators; curates innovative experiences; and introduces new technology and ideas through premieres, exhibitions, talks, and live performances.

The Festival was founded by Robert De Niro, Jane Rosenthal, and Craig Hatkoff in 2001 to spur the economic and cultural revitalization of lower Manhattan following the attacks on the World Trade Center. Tribeca will celebrate its 20th year June 9 – 20, 2021. #Tribeca2021 https://www.tribecafilm.com/festival