NEW YORK – April 29, 2021 – The 2021 Tribeca Festival, presented by AT&T, will debut a robust lineup of exciting new and returning TV series, new indie episodic storytelling, and an industry-facing Creators Market. The 20th anniversary celebration will take place city-wide June 9-20 and will be the first major film festival to host in person events.

After a year of couchsurfing, the Tribeca Festival will be an opportunity for people to toss their comfy sweatpants to the side and experience television programming on the big screen with their friends. The Tribeca TV lineup will include nine shows made up of six series premieres, one season premiere, two docuseries, and panel appearances including Christian Slater, Joshua Jackson, Jasmine Cephas Jones, and Helen Hunt.

The Tribeca Festival will feature, for the first time ever, a historic performance by rock icons, KISS. The event will open the Tribeca TV section with a special larger-than-life concert following the screening of A&E Biography: KISStory. 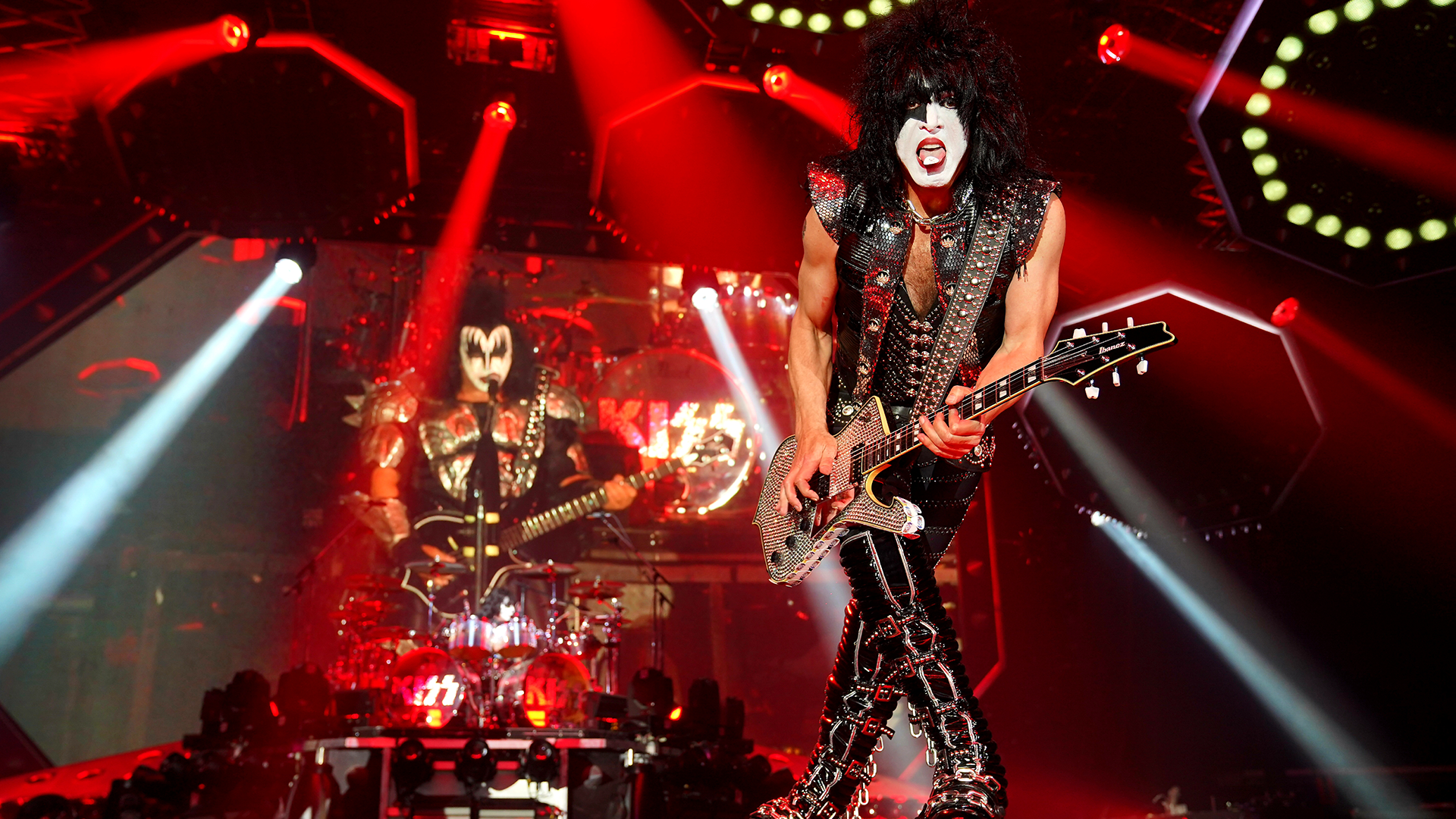 “When we launched Tribeca TV five years ago, we created space within the film festival to recognize the incredible, boundary-pushing work being done by filmmakers in the episodic format as official festival selections,” said Cara Cusumano, Festival Director and VP of Programming. “In a year defined by at-home entertainment, we are proud to continue that tradition with an exciting Tribeca TV lineup of new series from today’s top storytellers and unique new voices.”

"We are thrilled to be back in person and presenting a specially curated selection of indie series at this year’s Festival,” said Liza Domnitz, Senior Programmer. “Eclectic, funny and wistful, these never-before-seen stories offer a peek at life throughout the decades of adulthood—from the flush of newfound independence in your 20s, all the way to the well-earned confidence that comes with living in your 80s. We can’t wait to introduce these one of a kind characters to the world.”

The Tribeca TV lineup includes an exciting array of world premieres including the highly anticipated Annie Murphy-led AMC series, Kevin Can F**K Himself, Peacock’s Dr. Death, and STARZ’s Blindspotting. Tina Fey leads a conversation with longtime partners, Robert Carlock, Meredith Scardino and Jeff Richmond, digging into the intricacies of consistently creating hilarious, poignant and whip-smart storytelling. In addition, Tribeca, which was founded in the aftermath of September 11th, is proud to announce the world premiere screening of National Geographic TV’s documentary series, 9/11, executive produced by Academy Award®-winning filmmakers, Dan Lindsay and T.J. Martin, and in partnership with the National September 11 Memorial & Museum.

The Tribeca Creators Market is a one-of-a-kind, private industry pitch market for select emerging creators within the feature, episodic, immersive, games and podcast space to discuss their newest projects with a diverse array of companies and influential industry leaders. The Creators Market exists as another pillar of Tribeca’s commitment to supporting filmmakers in all stages of their careers, providing a curated group of intriguing talent and projects for industry to discover. The Creators Market will take place virtually, June 15th and 16th, 2021.

The 2020 Tribeca Pilot Season Program and NOW selections will be screened at the 2021 Festival and include 5 pilots and 10 NOW projects.

9/11: One Day in America (National Geographic) – World Premiere
Executive Producer: David Glover
Emmy®-winning 72 Films (Inside North Korea's Dynasty) and Academy Award®-winning executive producers Dan Lindsay and T.J. Martin (Undefeated and LA 92) came together to produce a documentary series marking 20 years since the attacks of 9/11. Made in official collaboration with the 9/11 Memorial & Museum..

Kevin Can F**K Himself (AMC) – World Premiere
Executive Producers: Valerie Armstrong, Craig DiGregorio, Rashida Jones, Will McCormack
Cast: Annie Murphy, Mary Hollis Inboden, Eric Petersen, Alex Bonifer, Brian Howe, Raymond Lee
Kevin Can F**K Himself probes the secret life of the sitcom wife (Annie Murphy). Alternating between single-camera realism and multi-camera comedy, the formats inform one another as the audience imagines what happens when she escapes her confines and takes the lead in her own life.

Placed undercover at a boarding school, a group of orphans must foil a nefarious plot with global ramifications while creating a new sort of family along the way.

An Uncandid Portrait, created by Rick Gomez, Steve Zahn (United States) – Episodes 1 & 2 (World Premiere)
An Uncandid Portrait is a series of fabricated documentaries that follow the lives of fictional artists.  Just because it's made up doesn't mean there isn't some truth to it. With Steve Zahn and Rosemarie Dewitt.

In the Cards, created by Colin Kane Healey (United States) – Episode 1 (World Premiere)
A dark comedy series that follows a notorious psychic scammer on the dirty road she takes to riches—and a spot on the FBI's Most Wanted list. With Eleanore Pienta, Sherilyn Fenn, Michael Drayer and Catherine Curtin.

Incarceration Nations: A Global Docuseries, created by Dr. Baz Dreisinger (World Premiere)
Mass incarceration is a global calamity. From England to El Salvador, Argentina to the USA, Brazil and Lebanon to South Africa and Sierra Leone, its harms and horrors look strikingly similar. INN-TV is the first docuseries to tell this border-crossing story. Narrated entirely by those who have lived incarceration around the world, the ten episodes expose an international crisis while also spotlighting solutions, showcasing the work of the justice partners in the Incarceration Nations Network, from one continent to another.

NOW SHOWCASE A: Soul Connection
A collection of sweet and surprising intimacies that culminate in an examination of faith, love, and human connection. (4 Narrative Short/Episodic Projects)

The Letter Room
Created by Elvira Lind
The Letter Room is a dark prison comedy about the secret life of a correctional officer who gets transferred to a job in the letter room, where a new world suddenly opens to him.

Home
Created by Héctor Silva Núñez & Lu Urdaneta
Home is a drama series spoken in Spanglish, following two young Latina immigrants (Lu Urdaneta, Camila Rodríguez) in a journey of self-discovery as they try to make a new home together in Miami.

Circus Person
Created by Britt Lower & Alex Knell
Using live action, circus arts, and animated body paint, Circus Person brings whimsy to the drama of building a family when you feel you have none.


An exploration highlighting human adaptation and nostalgia beside the changing aesthetics of technology. (6 Documentary Short/Episodic Projects)

Dying Business
Created by Alden Nusser & Ben Fries
Dying Business is a character-driven documentary series about people working in the death industry that sheds light on the working stiffs making a living among the dead.

Awkward Family Photos
Created by Mike Bender & Doug Chernack
The families behind some of the most viral photos from AwkwardFamilyPhotos.com tell their unique stories and recreate their original photos in a hilarious, odd, and heartfelt exploration of the imperfect family experience.

Bobbie Blood
Created by Ava Warbrick
Bobbie Blood is a short documentary series shot on 16mm film chronicling the love life of a newlywed octogenarian couple and the story that brought them together.

The Seeker
Created by Lance Edmands
The Seeker explores a crisis of faith within Maine's Amish community, the pain and anguish of separating from loved ones, and ways to find solace and spirituality afterwards.

Unemployable
Executive Producer: Mike Ott, Gregory Dylan Harris
31-year-old Cory lives with his mom. Despite a set of serious life choices facing him, Cory’s main priority is to get a new tattoo sleeve, which he can hardly afford, so he sets out to get a job with the support of his only friend, his tattoo artist Louie.

Magic Hour
Executive Producer: Che Grayson
Bella is a peculiar woman labeled a monster by the man who created her. Trapped in a hotel room, she braves the outside world where she meets Eiko. Will Bella successfully break free from her creator and find her humanity? Or will she fall prey to his deadly prophecy?

Becoming a Man in 127 EASY Steps: But What About The Children
Executive Producer: Scott Turner Schofield
While transgender men are rarely visible in the cultural imagination, amid tropes of transition and turmoil, the filmed interpretation of Scott Turner Schofield’s live work of the same name generated 127 pieces of short content (Steps) that deeply explore themes such as childhood, masculinity, love, sex, death, and survival.

Pretty People
Executive Producer: Shelby Blake Bartelstein
Best friends Rachel and Greg have undeniable chemistry, but it's been simmering and unspoken for the last three years. When Rachel's casual and unexpected hook-up sparks Greg's feelings of jealousy, they'll be forced to say what's on their minds—the whole FAT truth of it.

Deceased Ones
Executive Producer: Emily Kron, Kate Hopkins
When two friends, Max and Fiona, get involved in the niche service of role playing the dead, they're forced to help heal grieving strangers through a surreal game of make believe, while confronting deeply buried emotional traumas arising within themselves.

Passes and Tickets for the 2021 Tribeca Film Festival
Festival passes are on sale now. Tribeca At Home tickets go on sale Monday, May 3 @ 11:00am EST.  Tickets to attend the outdoor in-person screenings / events are available starting Monday, May 10 @11:00am EST. Visit: https://www.tribecafilm.com/festival/tickets

Press Credentials
Credentialing for the 20th Festival is now open through May 12, 2021.
https://www.tribecafilm.com/press-center/festival

About the Tribeca Festival
The Tribeca Festival, presented by AT&T, brings artists and diverse audiences together to celebrate storytelling in all its forms, including film, TV, VR, gaming, music, and online work. With strong roots in independent film, Tribeca is a platform for creative expression and immersive entertainment. Tribeca champions emerging and established voices; discovers award-winning filmmakers and creators; curates innovative experiences; and introduces new technology and ideas through premieres, exhibitions, talks, and live performances.

The Festival was founded by Robert De Niro, Jane Rosenthal, and Craig Hatkoff in 2001 to spur the economic and cultural revitalization of lower Manhattan following the attacks on the World Trade Center. Tribeca will celebrate its 20th year June 9 – 20, 2021. www.tribecafilm.com/festival