With a Christmas release solidified, 'The Wolf of Wall Street' now has a second trailer, this one with more of a Southern-rock flair. Extra points for using a song that every other trailer isn't using right now. 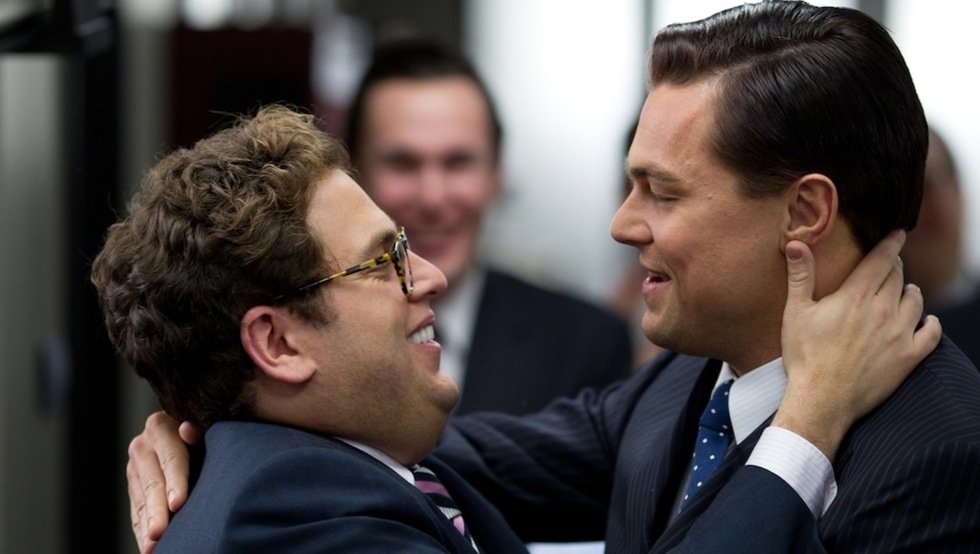 This Week's Trailer: The Wolf of Wall Street, with the second trailer for Martin Scorsese's financial-tyrants epic, which had seemed ready to push its release date to 2014 before announcing a Christmastime release and girding itself for an awards push.

This Week's Tune(s): "Hang You From the Heavens," by the contemporary Southern rock act The Dead Weather.

How Emotional Is It? While the use of Kanye West's "Black Skinhead" in the first Wolf trailer had an edge of political commentary to it, the more generic rock strains in the Dead Weather song are selling just a straightforward good time. This is a movie about audacious men doing audacious things and trying to hang on to as much money as they can manage. Let the guitars crescendo!

How Definitive Is It? Point for not using a song every other trailer is using, for sure.

Overall Trailer Tune Effectiveness: After the original trailer featured a lot of the more outre aspects of the film (little-people-darts and whatnot), this second clip looks to be playing things a lot safer, perhaps actively trying to sell the film as a not-too-complicated tale of antiheroes. There's nothing about the songs in use that promises anything close to the dissonance that the Kanye song did in the first trailer, that's for sure.