Home » Tribeca News » Where Are All the Great TED Talks About Movies?
View All News

Where Are All the Great TED Talks About Movies?

The global conference features "ideas worth spreading" in technology, education and design. Where does film fit in this equation? 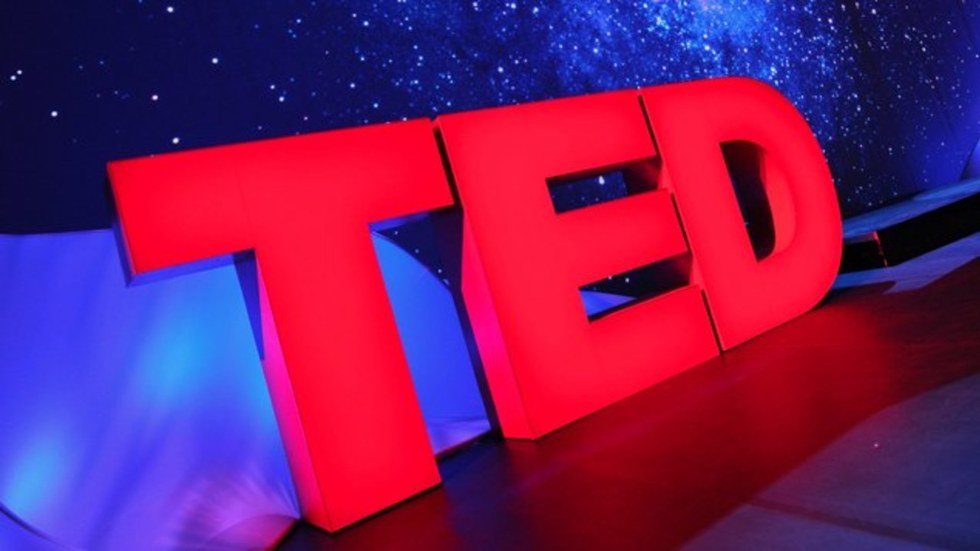 Since its first event in 1984, the TED franchise that started as a single showcase has exploded into a lucrative, influential global series. By now pretty much everyone knows TED's drill: Its 18-minute talks focus loosely on big ideas -- "ideas worth spreading," per its motto -- in technology, entertainment and design, concepts from which the acronym TED is derived. If you can't make it to the flagship conference each year in Long Beach (or next year in Vancouver, host of TED's 30th anniversary conference), then consider TEDGlobal, TEDActive, or TEDMed, TEDSalon, or one of hundreds of TEDx satellite conferences licensed for locales near you.

Out of more than 80 speakers invited to present at last month's TED conference in Long Beach, only one arrived having made a movie.

You might be on your own, though, for big ideas in film.

Well, not totally on your own. TED's had big names in film, which naturally connotes some worthwhile insights from James Cameron, J.J. Abrams, Jeff Skoll, Andrew Stanton, Elizabeth director Shekhar Kapur and other luminaries featured in TED's highlights from past years. (They are conveniently gathered for your browsing pleasure in a TED playlist called "The Power of Film.") But for every radical TED lecture on education or sociology, it's hard for even casual film enthusiasts to single out an equivalent covering the world's universal art form. If you want to know how Brad Pitt's face was grafted on a wizened CGI body in The Curious Case of Benjamin Button, then there is a TED talk for that. If you want to know how mainstream Hollywood economics have imperiled these innovations -- in turn affecting storytelling itself -- then TED has some catching up to do.

Even James Cameron's TED talk explains leveraging the success of Titanic to do something other than filmmaking.

Out of more than 80 speakers invited to present at last month's TED conference in Long Beach, only one arrived having made a movie: Martin Villeneuve, the graphic novelist who adapted his Mars et Avril to the screen in 2012. (Neither his speech nor its specific subject is yet online.) Google co-founder Sergey Brin dropped by to show off Google Glass, the camera-equipped headset whose filmmaking applications we can only deduce from this and other brief demonstrations. Otherwise, the vicissitudes of how movies are financed, developed, made, shared and exhibited in 2013 went unrepresented.

Why? TED representatives didn't respond to my request for comment, but I have a few guesses:

1.  Hollywood is out of ideas. TED is hardly some unimpeachable bellwether of genius and prescience (particularly in light of the recent, clumsy kerfuffles involving the disavowal of controversial speeches by Graham Hancock and Rupert Sheldrake), but the organizers know to think twice about involving an industry that spends half its waking hours persuading adults to believe that this summer's superhero blockbusters are sophisticated grown-up filmgoing and spends the other half attempting to woo a few thousand Oscar voters to one movie's camp or another. This is not exactly creativity.

2. The actual ideas don't translate. I love Beeban Kidron evangelizing for young people's cinematic communion, or Rob Legato's wry, winning riff on awe and memory at the movies. But when it comes to the big ideas fueling our understanding of economics or education or the environment or even movies themselves, cine-wonks too often come at topics with a single-mindedness that might not be compatible with a general-interest crowd paying upwards of $6,000 per ticket in part to hear Bono breathily expound about Africa (again). Even James Cameron's talk explains leveraging the success of Titanic to do something other than filmmaking. Of course, maybe that just shows the limits of TED's own imagination. An offshoot of this might be…

3. TED has ceded the conversation. A festival like Tribeca, SXSW or Sundance can pack in standing-room-only crowds all week to hear experts discuss the evolutions of media, craft, business and distribution. Everybody (hopefully) leaves stimulated and curious about what's next and where they fit in the shifting system -- if they fit at all. These are perfectly valid and worthwhile conversations to have -- and some may even prove in years to come to have been watersheds -- but we have built entire ecosystems over the years for those conversations to thrive. Does make them ghettoized? No: It just means a market other than TED has the conversation cornered.

4. The talks are there… they're just hiding. If you've seen the eye-popping climate-change documentary Chasing Ice, then you've seen portions of nature photographer James Balog's appearance at TEDGlobal in 2009, where he unveiled his time-lapse footage of disappearing Arctic ice sheets. It's unquestionably powerful and most definitely filmic, but it's not filed with Cameron et. al. in the "Power of Film." The same goes for Karen Bass's talk about her mind-blowing nature cinematography from the mountains of Alaska to the jungles of Ecuador, which summarizes the harnessing of new technology to capture unseen species and phenomena. This is what I think of when I hear "future of film" -- curiosity, invention and revelation. So what if they're nature shooters? Ultimately, aren't all filmmakers nature shooters?

5. We're running low on visionaries. When a writer-producer's multimillion-dollar crowdfunding campaign to adapt his TV show as a feature film is viewed as some kind of milestone in the development of contemporary cinema, then you know your creative form is in trouble. (NB: Rob Thomas's projected release date for the Veronica Mars movie actually coincides nicely with TED2014, so keep your eyes peeled for that talk, I suppose.) Sure, we have masters in our midst; Malick, Haneke, Herzog, Anderson (Wes and/or P.T.), Almodovar, Polanski, Spielberg and a few select others are all still working. But who is turning their lessons inside-out, upside-down, or rejecting them altogether? I want to hear 18 minutes from him or her.