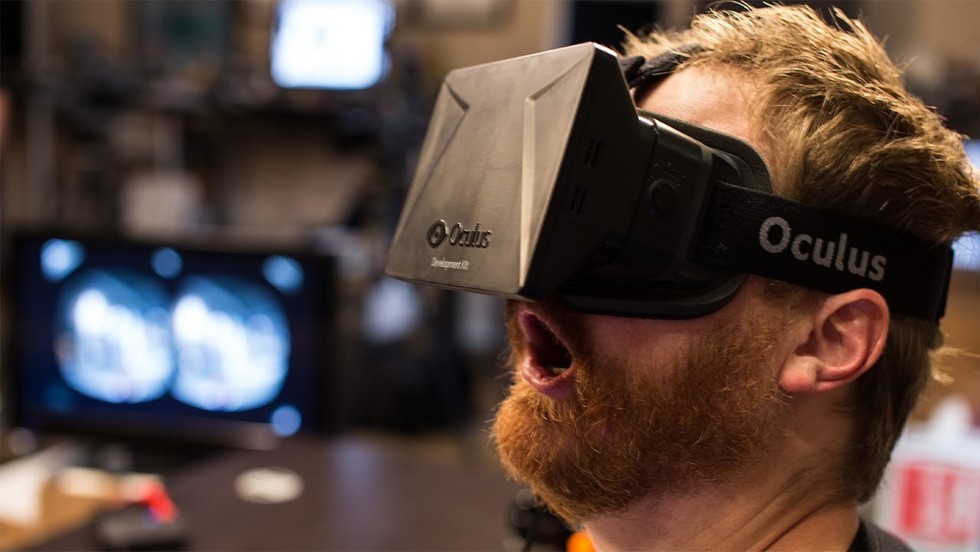 In a Sunday New York Times story on the the very real physical ramifications of the virtual reality devices that are being pioneered by billion-dollar tech outfits like Oculus VR, one innovation in particular is sure to stick out to the cineastes among us.

Using the transporting powers of virtual reality headsets, the Silicon Valley start-up AltspaceVR has begun organizing VR meet-ups that can be attended by various users. The most exciting event? Virtual movie gatherings.

According to the Times, groups of about a dozen or so strangers/VR users have started convening within the VR-verse on a weekly basis to duplicate the moviegoing experience within a virtual movie theater, all by just strapping on their virtual reality headsets and logging onto Netflix.

VR consumers use their avatars to sit in the seats of this virtual theater as they stare at a screen playing a group-approved movie from any number of usual streaming sources. Meanwhile, the sounds, quirks, and conduct of the multiplex experience are all supplied for the participant's pleasure — or annoyance. For example, if a viewer were to begin loudly munching on nachos within range of their microphones, the sound would reverberate throughout the virtual theater as if it were the avatars themselves doing the snacking, with shooshes and shushes sure to follow.

While the dawn of VOD and day-and-date releases have made at-home movie watching a now-common pastime, many stricter cinephiles (and one Oscar-winning Acting God) have been critical of this phenomenon for depriving us of the distinctive, communal experience of theatrical movie-watching, in favor of small images and even smaller screens. It's hard not to wonder, then, if virtual moving gatherings might eventually become the convenient if admittedly pricey viewing compromise unwavering big screen devotees can get onboard with? Or is the singular experience of in-theater viewing simply too irreplaceable to ever be negotiated?

Because, frankly, even if you were to splash a king size cup's worth of Sprite on your living room floor and scatter a handful of popcorn over it, your home still wouldn't capture the occasionally irritating yet frequently exhilarating, one-of-a-kind magic of stepping into a theater, sinking into a seat, and staring up at a big screen as the lights go down and a picture emerges. And it's hard to believe it ever could.