Home » Tribeca News » Under The Hood: 'Gone Girl' and the Unreliable Narrator
View All News

Under The Hood: 'Gone Girl' and the Unreliable Narrator

'Gone Girl' makes excellent use of a classic narrative trope. 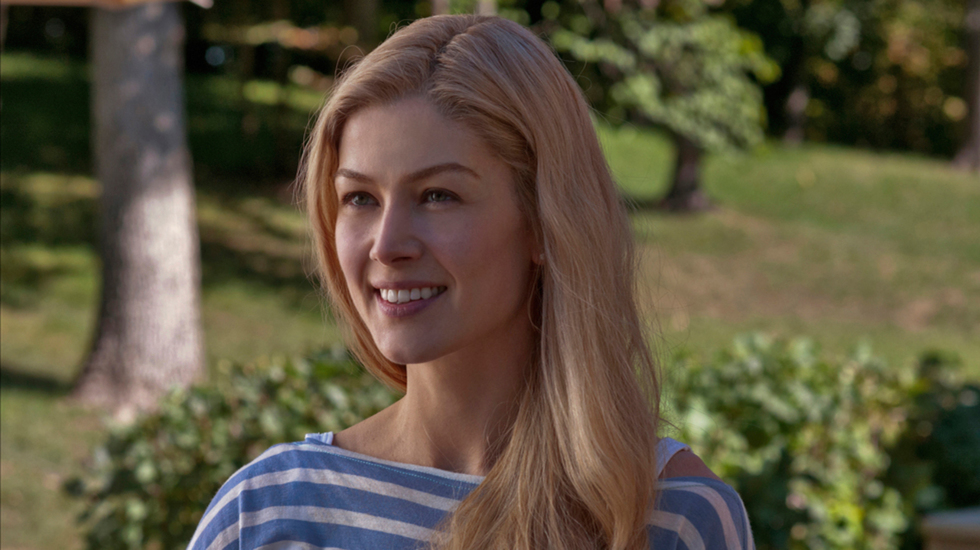 (Warning: if you haven't seen Gone Girl yet, read no further - spoilers within!)

The trope of the unreliable narrator is one that persists through plenty of literary fiction - not just crime fiction, pulpy or otherwise, but postmodern literature, modernist experiments, all kinds of iterations of narrative prose. It's easy to see why it's flourished in the realm of literature: since all literature is textual or essentially verbal (when written from the first-person perspective), it lends itself to unreliable narrators because there's nothing qualitatively different between a lie and the truth, when both are told via text.

David Fincher is taking advantage of an element of film language that most filmmakers overlook.

However, an unreliable narrator is a far more powerful device when employed in cinema. Why? Because audiences have a very strong reaction to images that they see - if we see an image in a film, we automatically assume the events depicted to have actually taken place. Unlike text, which may or may not refer to the truth, an image is the truth, and so to depict images, in the course of a film, that later turn out to have been false can be extremely jarring and powerful. (Memento provides a fine example of this.)

But it's not Memento I'm here to discuss, but David Fincher's latest twisty thriller, Gone Girl. Since you've seen the spoiler warning and chosen to read on, you're aware that many of the events described by Rosamund Pike's Amy - events that we see presented onscreen as flashbacks - turn out to be completely false, as the story rolls forward. (Most powerful among them, I believe, is the image of Ben Affleck's Nick throwing Amy to the ground - something that turns out to be a whole-cloth fabrication by the Nick's cleverly scheming wife.)

Unlike text, which may or may not refer to the truth, an image is the truth, and so to depict images that later turn out to have been false can be extremely jarring and powerful.

When we learn that Amy's fabrications are, well, fabrications, the effect is, at first, jarring and shocking - we saw Nick throw Amy to the ground! We saw him threatening her! How could it turn out to be the case that Amy is in fact the aggressor in this scenario? Fincher is taking advantage of an element of film language that most filmmakers overlook - not everything that you show in the film has to have taken place just as it's depicted, or even have taken place at all. The fact that audiences rarely stop to consider this is what makes a well-employed unreliable narrator device so convincing - audiences often ponder the possibility of a twist that will reveal character X is the killer, or character Y's motive was entirely different than what was depicted, but audiences tend to respond to films on a narrative, rather than a formal, level - they tend to think of twists in terms of story twists, not in terms of formal twists (i.e. the images i've been shown are fantasies, not events that actually took place). This exploitation of the medium can create some excellent twisty narratives, and a master craftsman like Fincher takes full advantage of it in Gone Girl.