The creators of 'High Maintenance,' 'Be Here Nowish,' and 'I Hate Being Single' will talk about online storytelling. Join us on Saturday! 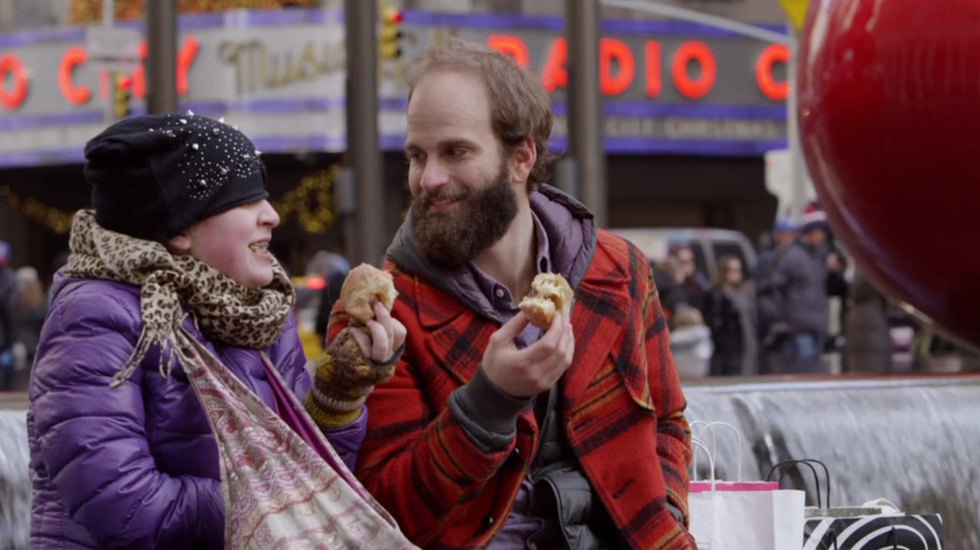 Tribeca N.O.W. (New Online Work) is a new program designed to celebrate innovative storytelling in online film mediums. To kick it off, join us for an Apple Store Panel with just a few of the N.O.W. creators as they discuss their work and acclaimed web series.

Praised by the likes of The New Yorker and Filmmaker Magazine, Katja Blichfeld & Ben Sinclair’s brainchild, High Maintenance, is a wildly funny webseries that is tailor-made for internet attention spans. Starring Sinclair as a pot deliveryman simply credited as “The Guy,” each episode of the series follows this nameless dealer as he delivers to his clients throughout New York City. Yet despite its straightforward concept, Blichfeld & Sinclair’s finely-tuned series hilariously dissects the craving for privacy in the city, and its conflict with a craving of a different kind.

Rob Michael Hugel is the mind behind I Hate Being Single, an uncomfortable yet ultimately heartwarming comedy web series starring Hugel as a lonely hipster looking for love. In addition to working on the show’s second season, Rob is increasingly prolific within the New York comedy scene as a member of the UCB-based sketch troupe, Onassis. In the past, Rob’s eccentric style brilliantly lent itself to the much-loved webseries—and now, TV series—Broad City, for which he served as a writer, director, and editor on several episodes.

Independent writers and filmmakers Alexandra Roxo and Natalia Leite make their webseries debut with this funny and sexy story of two friends who flee New York to find themselves in Los Angeles. Featuring biting wit and distinctive characters, and set at the collision between the queer-alternative and new age milieus, Be Here Nowish stands out for its fresh, fearless, and current voice.

See all the honorees on the Tribeca N.O.W. page!