If you hate missing concerts, this new app will help convince you that those days may soon be over. The new 360° technology being applied to smartphones shares a bit of "The Invisible Man’s" unseen DNA 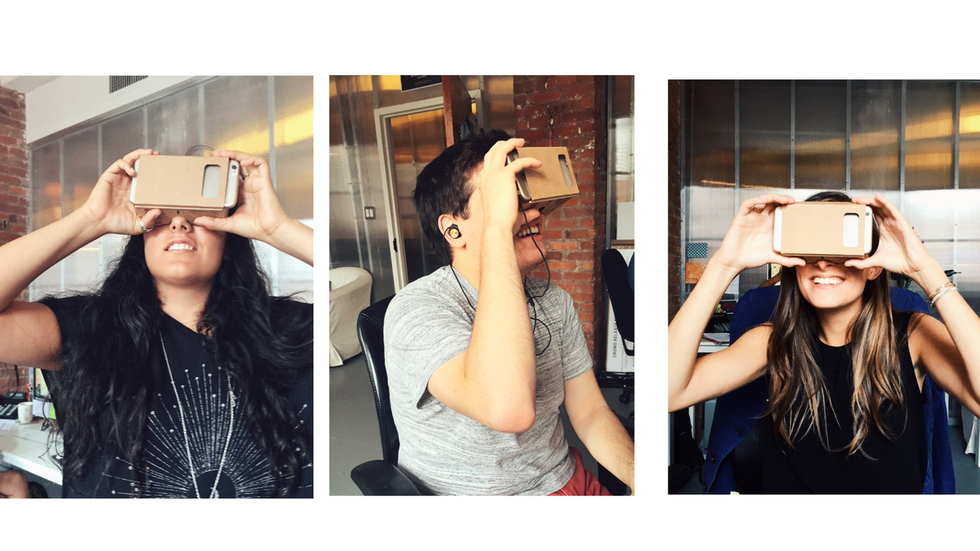 First published in 1897, H.G. Wells' novella The Invisible Man remains a peak example of secondhand wish fulfillment. Think about it: thanks to some extremely ambitious chemistry experiments, you're able to make your entire physical mass disappear; then, you can do whatever the hell you want without fear of being caught, or even being seen. Wells' story was brilliantly adapted into the Universal Monsters catalog gem The Invisible Man (1933),

Director James Whale showed us just how cool being invisible could be. If you're a music-loving concertgoer, the possibilities would be endless. Imagine having been inches away from Beyoncé that time she fell on stage in Portugal last year, giving you the ability to help her up without your face ending up at the end of her surely mammoth bodyguard’s fist (since, you know, he wouldn’t be able to see your face). Or getting an up-close look at Drake's disgust when Madonna assaulted his mouth with her tongue in April, during Coachella 2015.

Well, guess what? Now there’s an app for that.

Specifically, there are 360° apps. Though it's closer to Philip K. Dick than H.G. Wells, the new 360° technology being applied to smartphones shares a bit of The Invisible Man’s unseen DNA. The latest entry into this steadily growing, handheld experiential phenomenon is "TFF: Sinatra at 100," a new app that places users in the middle of this year’s Tribeca Film Festival's "Sinatra at 100" concert, put on in collaboration with Lincoln Motor Company. For Frank Sinatra’s 100th birthday, TFF and Lincoln invited chart-topping singers NE-YO, The Killers' Brandon Flowers, Alice Smith, Tony Bennett and Lea DeLaria to Manhattan’s Spring Studios for a grown and sexy evening of Ol' Blue Eyes cover songs. The event was captured via the 360° tech and is now available via your smartphone’s App Store, as well as Google Play on IOS and Android platforms.

It's also compatible with Google Cardboard, the odd-looking headset that turns iPhone applications into mini virtual reality experiences. As the user moves his or head around, he or she is able to scan around the Spring Studios room while NE-YO, Lea DeLaria, Alice Smith and Brandon Flowers perform Sinatra standards including, "Lady is a Tramp," and "New York, New York." Positioned directly in front of the stage, the user isn't a fly on the wall so much as a, well, Invisible Man (or Woman). The audience members stare right through you; even though you’re close enough to swipe NE-YO's black hat right off of his dome, your somewhat intrusive presence isn't a distraction.

Unfortunately, Silicon Valley's whiz kids have yet to develop the technology that allows you to actually touch people in these kinds of VR-like apps, but we’re surely not too far off from that. For now, though, you're The Invisible Man's protagonist, Griffin, but as a passive observer rather than an active participant.

The passivity actually better serves the Sinatra at 100 app. Elegant and laidback, the concert itself wasn’t much for crowd participation, by design. It was observational, as opposed to the stand-up-and-applaud and/or sing-along theatrics of Mary J. Blige's roof-bursting performance following the TFF 2015 premiere of her documentary Mary J. Blige – The London Sessions, or Nas' track-by-track live rendition of Illmatic that opened TFF 2014. During those Mary J. and Nas shows, audience interaction was inevitable, and encouraged; sitting still wasn’t an option, whereas the only option at the Sinatra event was to kick back and zone out as a group of first-class singers massaged all attendees' eardrums. Which is why it's easy to just soak the performances in while using the app: as you're peering around the room and seeing the audience members in their attentive stasis, it isn't unrealistic to hold back from sudden movements yourself, in an effort to not interfere with everyone else's satisfaction.

Viewing the crowd through the Sinatra at 100 app, there's a contagious serenity about them. It's like relaxing along with an episode of Bob Ross' The Joy of Painting, but with a killer soundtrack.

That lack of awareness can be applied to man of the hour, too: Frank Sinatra never could've guessed that he'd one day be in cahoots with H.G. Wells. Yet here we are.