Meet the Art World's Most Fascinating Creators at Tribeca 2016

See what makes some of the art community's greatest minds tick with these eight Tribeca 2016 films. 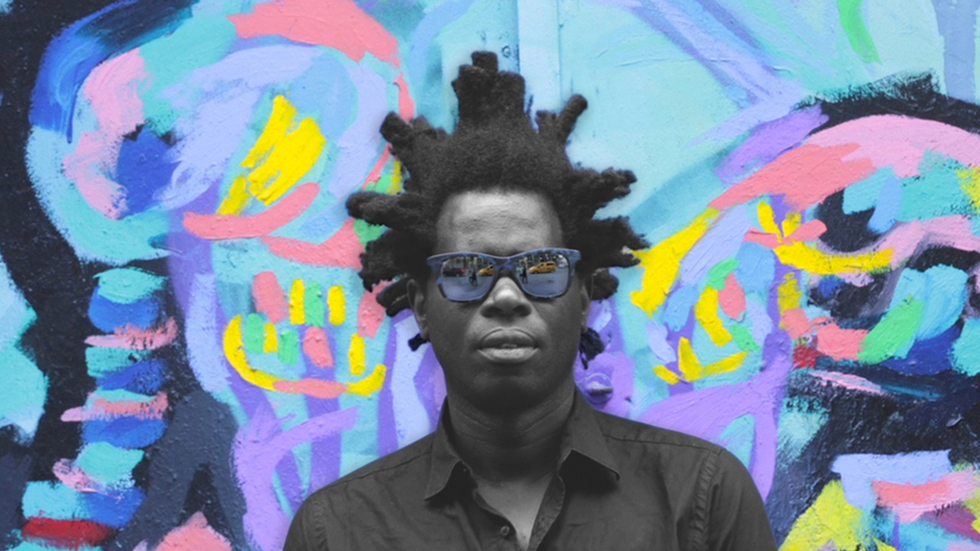 Those experiences and more are on tap for the 2016 Tribeca Film Festival. This year's lineup includes several films that explore some of the most exciting artists working today. These narrative features, documentaries, and shorts, many of which will debut in New York City's leading contemporary art museums, delve into the wide-ranging influences and day-to-day processes that inform what's on display in galleries all around the world. They're fascinating looks at how art continues to help define the ways we contemplate culture.

Here are eight art films to see at Tribeca 2016.

The Banksy Job
Section: Spotlight
Directed and written by Ian Roderick Gray and Dylan Harvey. (U.K.) – World Premiere, Documentary.
Simultaneously hilarious, wild, and bizarre, The Banksy Job further illuminates the crazy world of street art and the peculiar relationships between the artists—in particular, Banksy and the artist known as AK47. A mystery caper set in the art world, The Banksy Job adds another whacky layer to the Banksy story that can't be missed.
BUY TICKETS HERE.

Burden
Section: Spotlight
Directed by Timothy Marrinan and Richard Dewey. (USA) – World Premiere, Documentary.
Illustrated with performance, private videos, and recollections from those who knew him, this detailed and innovative documentary looks at the life of the always provocative artist Chris Burden, whose work consistently challenged ideas about the limits and nature of modern art, from his notorious performances in the 1970s to his later assemblages, installations, kinetic and static sculptures, and scientific models.
BUY TICKETS HERE.

Everybody Knows...Elizabeth Murray
Section: Special Screenings
Directed by Kristi Zea. (USA) – World Premiere, Documentary.
This tribute to the dynamic artist Elizabeth Murray, an intrinsic figure in New York’s contemporary art landscape from the 1970s until the early 2000s, highlights her struggle to balance personal and family ambition with artistic drive in a male-dominated art world. It also addresses her later battle with cancer, at the peak of her career. Screening in partnership with the Whitney Museum of American Art, where the film will screen.
BUY TICKETS HERE.

Maurizio Cattelan: Be Right Back
Section: Special Screenings
Directed and written by Maura Axelrod. (USA) – World Premiere, Documentary.
An art world upstart, provocative and elusive artist Maurizio Cattelan made his career on playful and subversive works that send up the artistic establishment, until a retrospective at the Guggenheim in 2011 finally solidified his place in the contemporary art canon. Axelrod's equally playful profile leaves no stone unturned in trying to figure out: Who is Maurizio Cattelan? In English, Italian with subtitles. Screening in partnership with the Guggenheim Museum, where the film will screen.
BUY TICKETS HERE.

The Show of Shows: 100 Years of Vaudeville, Circuses and Carnivals
Section: Special Screenings
Directed by Benedikt Erlingsson. (U.K., Iceland) – North American Premiere, Documentary.
Benedikt Erlingsson brings us a world of imagination with a compendium of wonderful unseen archival footage of circus performers, cabaret acts, and fairground attractions. The films are set to a haunting electronic score composed by members of Sigur Rós in collaboration with Hilmar Örn Hilmarsson. Screening in partnership with MoMA PS1, where the film will screen inside the VW Dome.
BUY TICKETS HERE.

Becoming: Bradley Theodore
Shorts Program: Festival Hub Opening Night
Directed by Matthew Pizzano. (USA).
NY-based artist Bradley Theodore has recently earned international acclaim for his street art. Two years ago he didn’t know how to paint and was suffering through the darkest moments of his life. Bradley's story is a testament to how one's life can be turned around through sheer dedication for self-learning and self-promotion.
BUY TICKETS HERE.

Ocean Stories: Wyland
Shorts Program: Past Imperfect
Directed and written by Patrick Creadon and Greg Goggin. (USA) – World Premiere.
Energetic, charismatic, and creative, Wyland is best known for his 100 life-size whale murals found on walls and buildings around the world. The extent of Wyland's public artwork, his galleries, and his community service projects have made him one of the most recognized artists in the world.
BUY TICKETS HERE.

Taylor and Ultra on the 60s, The Factory and Being a Warhol Superstar
Shorts Program: New York Then
Directed by Brian Bayerl. (USA) —Documentary.
Warhol superstar Ultra Violet (Isabelle Colin Dufresne) and Lower East Side icon Taylor Mead (poet/actor/artist) share their stories from Andy Warhol's world in the early '60s. A time when Lower Manhattan was teeming with talent filled with artists, musicians and tastemakers that shaped the 20th Century and continue to influence every aspect of society today. Brian Bayerl (director) and Michael Huter (producer) team up once again to share this tribute to three of New York's great treasures: Andy Warhol, Ultra Violet, and Taylor Mead.
BUY TICKETS HERE.