The Sundance Film Festival is already in full swing! Check out these great TFF alums who will surely makes waves in Park City this year. 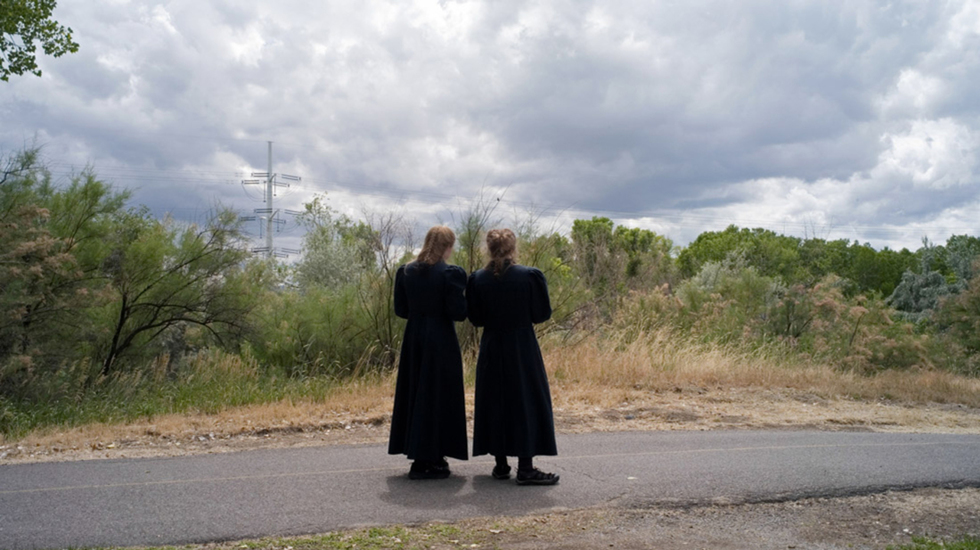 Even though we’re hard at work preparing for the 2015 Tribeca Film Festival, we couldn’t help but notice that some familiar faces will be featured at this year’s Sundance Film Festival as they show off their latest projects. Ranging from daring short filmmakers making their first features to innovative established documentarians, our amazing group of alumni makes us all proud back east.

Amy Berg celebrated the world premiere of her first narrative feature, Every Secret Thing, at last year’s Tribeca Film Festival. Starring Elizabeth Banks, Dakota Fanning and Diane Lane, the film demonstrated that Berg is deft at narrative storytelling in addition to the documentary work she is known for. Berg’s entry to the 2015 Sundance Film Festival is a Prophet’s Prey, an expose into the life and disturbing practices of Warren Jeffs, a Prophet in the Fundamentalist Church of Latter Day Saints who abused his power.

Bryan Buckley was nominated for an Oscar for Best Live Action Short Film in 2013 for ASAD, a film that captivated audiences at its TFF 2012 world premiere. Focusing on a Somali boy who must make a life-altering decision, ASAD was awarded Best Narrative Short at Tribeca. Buckley made his feature filmmaking debut with a raunchy comedy about a washed up gymnast, The Bronze, which screened on the Opening Night of this year’s Sundance Film Festival.

Alex Gibney
Going Clear: Scientology and the Prison of Belief

Alex Gibney is no stranger to the Tribeca Film Festival, screening a work-in-progress cut of his Untitled James Brown Documentary just last year. Gibney’s past Tribeca premieres include Client 9: The Rise and Fall of Eliot Spitzer and My Trip to Al Qaeda at TFF 2010 and Taxi to the Dark Side at TFF 2007. Gibney’s new documentary, Going Clear: Scientology and the Prison of Belief, will premiere at Sundance 2015. This searing exploration of the “cult” of Scientology will look at the allegations of abuse and the church’s unorthodox methods.

John Maclean celebrated the New York premiere of his black and white short Pitch Black Heist at the 2012 Tribeca Film Festival. Featuring the talents of Michael Fassbender and Liam Cunningham, the caper follows two safe-crackers who must plan a heist that will take place entirely in the dark. For his first narrative feature, Maclean reteams with Fassbender for the 2015 Sundance premiere of Slow West. The frontier based drama follows a young man (TFF alum Kodi Smit-Phee) as he attempts to track down his true love with the help of mysterious stranger (Fassbender) who is not what he seems.

Michael Beach Nichols and co-director Deidre Schoo floored Tribeca audiences back at the 2013 Festival with Flex is King, a documentary about “flexing,” a new dance movement emerging from East New York. Nichols’ new documentary with collaborator Christopher Walker—Welcome to Leith—will debut at Sundance 2015. The film follows a group of North Dakotans as they resist a throng of white supremacists with plans to take over their town.

Last year at the Tribeca Film Festival, Louis Psihoyos screened a work-in-progress cut of his new documentary 6, a disturbing look at humanity’s role in the extinction of endangered species. Thanks to his WIP screening at TFF 2014, Psihoyos’ important documentary is ready and will screen at Sundance 2015 under the new title, Racing Extinction.

Jerry Rothwell
How To Change The World

Jerry Rothwell enjoyed back-to-back world premieres of documentaries at recent Tribeca Film Festivals: Donor Unknown at TFF 2011, and Town of Runners at TFF 2012. His 2015 Sundance documentary, How To Change The World, looks back the early days of Greenpeace through never-before-seen footage and audio/video recordings of interactions within the group as its members embarked on an activist demonstration on the high seas.