Home » Tribeca News » You Might Not Know Indie Film Producers By Name, But You Should
View All News

You Might Not Know Indie Film Producers By Name, But You Should

All of the independent movies you're planning on seeing during this year's Tribeca Film Festival? They wouldn't exist without the diligence of their oft-overlooked producers. 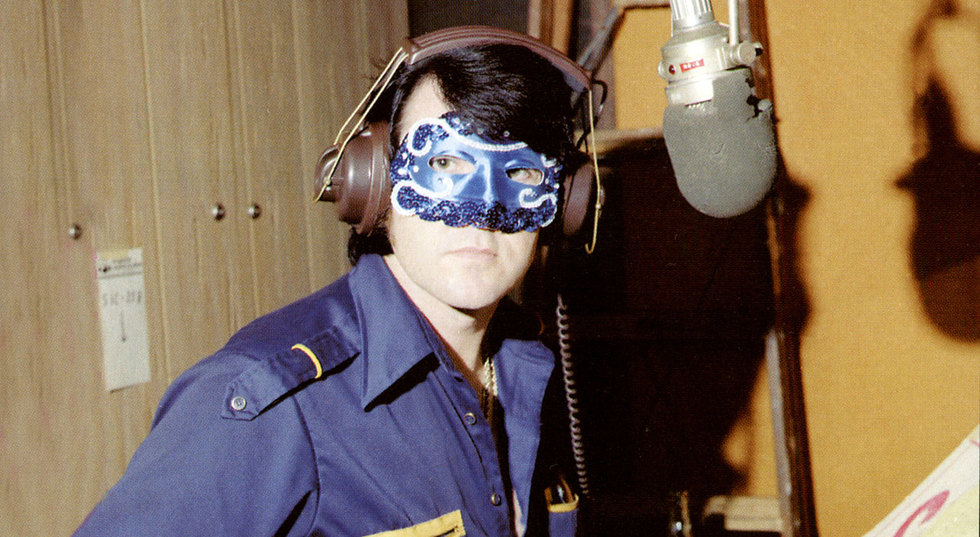 The actors and directors you’ll see throughout the 2015 Tribeca Film Festival will be its faces, but its secret driving forces will be the films’ producers. On Thursday, April 16, a few of those dealmakers, including actress Olivia Wilde (Meadowland), will take part in the Tribeca Talks Master Class: The Producers, a free session at 2:30 p.m. inside the SVA Theater.

Here, Tribeca Film breaks down the importance of the crucial yet routinely under-appreciated indie film producer.

Throughout any given film festival, various media outlets will publish a litany of articles profiling the writers, directors, and stars behind the most exciting new independent movies, and rightfully so. For cinephiles navigating their way around a film fest, having a sense of the creative people involved can be a big help in sorting out which movies are more personally appealing than others.

But what about the producers? They're the unsung heroes of independent filmmaking, yet chances are you'd never recognize any of them on the street. "There's a great scene in Wag the Dog where Robert De Niro asks Dustin Hoffman to produce a war, and Hoffman rants that no one appreciates the producer and no one knows what they do," quips Daniel Chalfen, who produced Prescription Thugs, a documentary in this year’s Tribeca Film Festival’s Spotlight section. "When it comes to receiving the Academy Award for Best Picture, who gets it?"

Though they may not always appear on awards stages, or even get flagged down by reporters on red carpets, a film’s producers manage all-encompassing roles that, in a general sense, entail running the movie’s business affairs. If an independent film is comparable to a start-up business, and the person behind the camera is the company’s Creative Director, the producer is a bit like the CEO, making sure that all finances are raised, budgets are not exceeded, and deadlines are met. It can be an often grueling and thankless task, especially when done independently, but without producers, no film could ever see the light of day.

That’s definitely true with Prescription Thugs, director Christopher Bell’s hard-hitting look at the world of prescription drug abuse, a rapidly growing epidemic in the United States; Bell has a personal connection to the material as well: he lost his own brother to such drug overuse. Chalfen is one of Prescription Thugs' three producers. "A good producer needs to be confident enough not to need appreciation along the way," says Chalfen. "Keeping things running smoothly during that whole journey is the most important duty, and it’s ongoing."

With something of a "documentary renaissance" currently happening in the independent film world, Chalfen feels confident in the scene’s business prospects. "People too often bemoan the losses in the indie film market rather than noticing the gains," says Chalfen. "There’s a vibrant market for indie docs right now, and we producers need to be entrepreneurial in our approach."

For Julie Goldman, whose company, Motto Pictures, produced Indian Point (which premieres in Tribeca’s World Documentary Competition), the job's duties are varied and many. "It took a few years to raise the financing for Indian Point, and because we managed to do so without any pre-sales, all distribution rights are available," explains Goldman. "We worked closely with Ivy [Meeropol, the film’s director] and the editors throughout a yearlong editorial process. As the producer, I liaise with the funders, reach out to contacts at film festivals to make sure they are tracking the film, secure our producer’s rep and publicist, and strategize on all aspects of distribution and outreach, both domestic and international."

Indian Point, a documentary examination of the titular nuclear facility located a mere 35 miles from Times Square, presented some complex shooting challenges, namely that the film needed footage from inside the building. Gaining access into a nuclear facility requires a thorough vetting process for security clearance, but the team made it happen. For producers like Goldman, conquering those types of challenges is just as satisfying as watching the finished movie with an audience. "I love the whole process, from the idea stage through distribution," says Goldman. "I've been very fortunate to work with a wide range of directing and producing partners, and that collaboration can be a big, and enjoyable, part of the filmmaking process. With documentaries, I can immerse myself in subjects that are so varied and fascinating. We learn about so many different people, places, and ideas, so it continues to feel fresh with each film."

In some cases, directors have to pull double-duty and lead the production charge for their film themselves. Such was the case with Jeanie Finlay, who produced and directed Orion: The Man Who Would Be King. The doc, set to premiere in Tribeca’s Viewpoints section, examines the stranger-than-fiction true story of Orion, a Nashville singer who was enlisted to impersonate Elvis Presley in a scheme postulating that Elvis had risen from the grave. "It’s been a complex film to pull together, in terms of a huge amount of archival footage, numerous contributors, shooting in different countries, crowd-funding, and a number of funders," says Finlay. "My job has been to put a great team together and keep everything moving on time and on budget, all with the goal of finishing Orion. We’ve had to be quite tenacious and make every dollar raised go a very long way. It all comes down to communication and passion."

The excitement lies in the details. "I really love the logistics and practicalities of making things happen," says Finlay. "I had an artistic idea to shoot a man in a mask walking through a field of lights for the title sequence, which was inspired by a dream I once had about Orion. To make that happen I had to find a light artist, 'Squid Soup,' and an exhibition of their work in a gallery in Oslo, and persuade them to let me shoot in there for a day. I then had to find someone—[Norwegian professional Elvis impersonator] Kjell Elvis—to wear the mask, fly him to Oslo, and then raise the finances to get to Norway with a cameraman to film it."

Naturally, Finlay's efforts to make Orion happen will remain off-camera realities that many viewers of her film will never fully be aware of. But despite the fact that producing a film is a deeply selfless act, with little public awareness of the enormous effort that goes into the job on a daily basis, indie producers don't seem to mind. As Finlay puts it, "Production is about making artistic dreams come to life."