Two cult classics that marked their respective eras will be fêted at the 2019 Tribeca Film Festival. 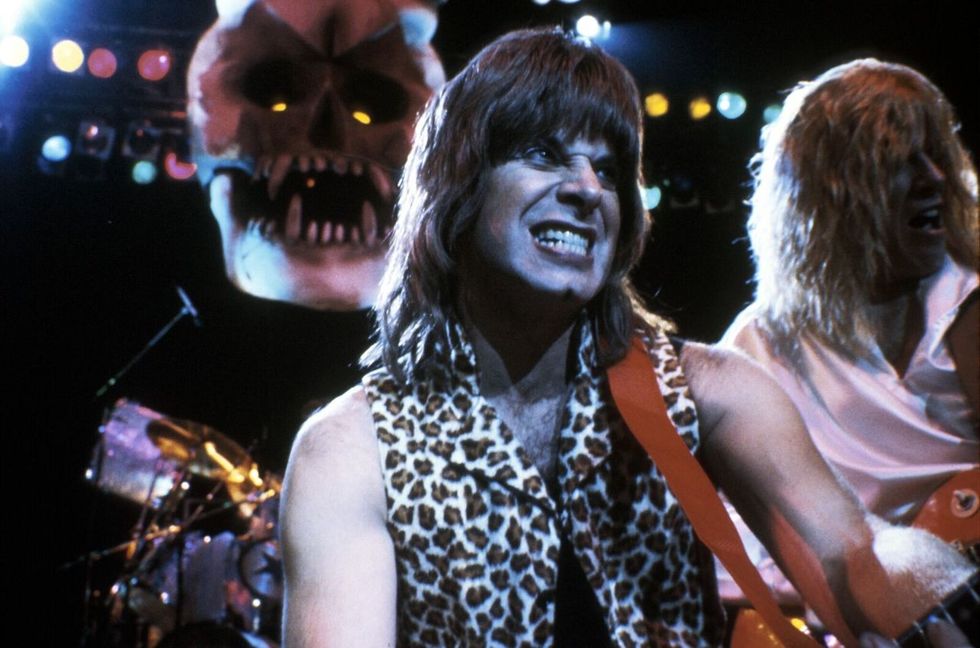 Christopher Guest in THIS IS SPINAL TAP

The band’s getting back together again at the 18th Tribeca Film Festival, presented by AT&T. This Is Spinal Tap will return to the big screen for the iconic mockumentary’s 35th anniversary at the 2019 Festival. Generation X will also have a comeback for the 25th anniversary of Reality Bites. The storytellers behind the cult classics will be on hand for cast and creator reunions. The 2019 Tribeca Film Festival runs from April 24th through May 5th.

This Is Spinal Tap stars and creators Christopher Guest, Michael McKean, Harry Shearer, and Rob Reiner, who also directed, will turn it up to eleven again with a one-night-only anniversary celebration 35 years in the making. Released in March of 1984, the mockumentary follows the fictional heavy metal rock band Spinal Tap on tour. After the screening, the four will pay tribute to the band with a special musical performance and a conversation to follow.

Tribeca will also celebrate the 25th anniversary of Reality Bites, a film that bitingly captured the zeitgeist of the 1990s. Starring Winona Ryder, Ethan Hawke, Janeane Garofalo, Steve Zahn, and Ben Stiller, who also directed, the film was released in February of 1994. A conversation will follow the screening and take a look back at the making of the film and the characters who have come to embody the spirit of Generation X.

Rob Reiner and Ben Stiller brought these two cult classics to life both in front of the camera and from behind; This Is Spinal Tap and Reality Bites were their directorial debuts.

In Reiner's cult classic, Spinal Tap, the loudest band in England, attempts to make a comeback with a North American tour promoting their new album “Smell the Glove.” Marty DiBergi (Rob Reiner) sets out to make a documentary of the legendary rock band’s exploits on the road, featuring front men Nigel Tufnel (Christopher Guest) and David St. Hubbins (Michael McKean) and bassist Derek Smalls (Harry Shearer), bearing witness to the highs and lows of what makes a musician into a rock star.

“Spinal Tap proves there is definitely a fine line between stupid and clever,” said director, co-writer, and star Rob Reiner.

Reality Bites is a wildly funny romantic comedy that looks at life, love, and the pursuit of gainful employment through the eyes of a generation sandwiched somewhere between The Brady Bunch and Melrose Place. As college valedictorian, Lelaina Pierce (Ryder) should be destined for greatness. In reality, she’s a lowly production assistant for an obnoxious TV morning show host (John Mahoney). In her free time, Lelaina’s making a biting, often outrageous video documentary about her peers: promiscuous, ‘70s-crazed roommate Vickie (Janeane Garofalo), sexually repressed pal Sammy (Steve Zahn), and best friend Troy (Hawke), a brilliant but unmotivated rebel. Meanwhile, Lelaina meets Michael (Stiller), an ambitious video executive who wants to showcase her documentary on In Your Face TV. Suddenly, she finds herself at the center of a very odd love triangle with dependable, fast-track Michael on the one side and a sexy, brooding Troy on the other. Whether cruising to “Tempted” by Squeeze or rocking to the The Knack’s “My Sharona,” Ryder and friends shine in this irreverent comedy that defined a generation.

“Reality Bites was a formative experience in my life. To have a 25 year anniversary screening is very exciting. I'm looking forward to seeing the whole cast, and possibly changing the ending so Michael gets Lelaina,” said director and star Ben Stiller.

“From the heavy metal bands of the ‘80s to Generation X in the early ‘90s, This Is Spinal Tap and Reality Bites didn’t just capture the spirit of their respective times — they helped define them,” said Paula Weinstein, EVP of Tribeca Enterprises. "We're excited to bring these two films back to the big screen for existing fans and also to introduce them to new audiences."

Tribeca has hosted reunions and anniversary events for some of the most iconic films of all time, including Monty Python and the Holy Grail, The Godfather and The Godfather Part II, Goodfellas, Scarface, Schindler’s List, Taxi Driver, The King of Comedy, and more.

On sale now is the Hudson Pass, an all-access pass to screenings and Tribeca Talks, VR and Immersive projects, and all events at the Festival Hub at Spring Studios including access to Festival lounges.