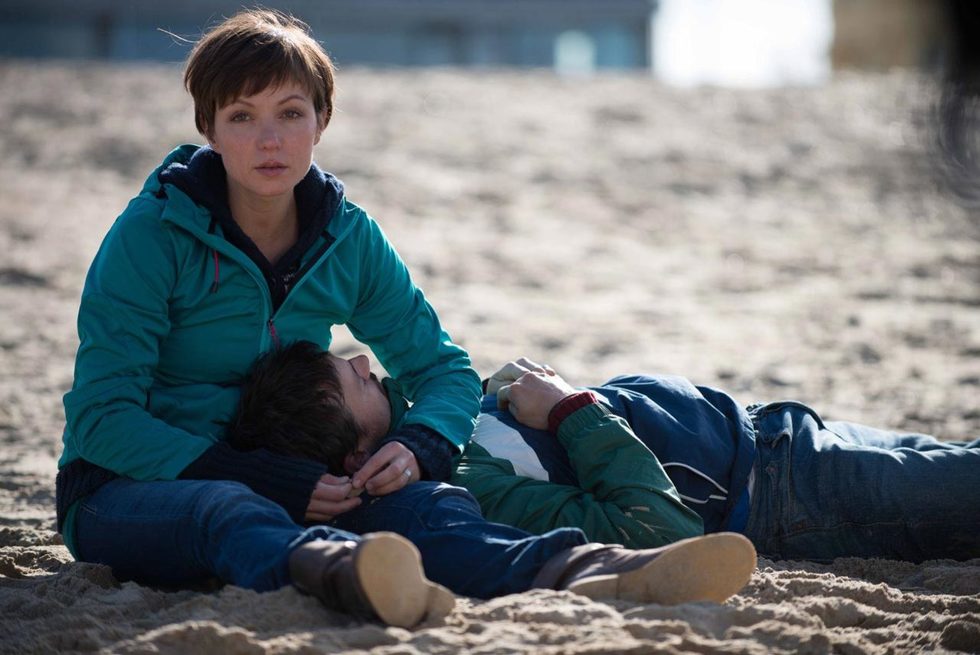 Tribeca: It was a fantastic film.

Christian Zübert: Thank you very much.

T: It was completely unexpected. Without giving too much of the plot away, how did you and Ariane Schröder come up with the story?

CZ: It was basically her idea. She wrote the first couple of drafts for the screenplay. She was inspired, in a rather sad way, by her uncle who had ALS and chose to die like Hannes did in the movie. He passed away at the end of last year, so this was the sad inspiration for it all, basically. It was a good experience—if you want to call it that—in connection with such a serious disease, because we were able to show him the movie before he passed away, and he was really touched by it. He laughed and he cried, so I think it was really nice for Ariane.

T: It was a very heavy film. I didn’t watch the trailer or anything beforehand, so that I could go into it blind. It’s a heavy film and deals with a very divisive subject, but in a human, “out-of-the-headlines” type of way. How would you describe the film to someone who hasn’t heard of the film, or seen the trailer?

CZ: I have to think about that! Ordinarily it’s something I’d make the marketing people do! I would say, it’s a light film about a heavy subject. I would say, it deals with really important issues, the most important of which is life or death, I think. It deals with it—I hope—not only at the end, when the tone gets darker and more serious, but also I hope that I was able to bring out this dark, serious subject in a light way. I would say it’s hopefully a film where you could laugh and cry. You’ll probably cry a little more than you laugh, but that’s all right.

T: Even though the film focuses on the group’s friendship, I couldn’t stop thinking about Kiki and what she must have been going through. I think you captured that sentiment in the conversation between Kiki and Sabine, even more so than the big blowout scene. Could you speak a little bit about directing Julia Koschitz in this very quiet, intimate moment?

In a somber film like this one, you really need chemistry between the actors.

CZ: In this film, the directing of the actors was really different from other films, because basically, I didn’t really have to direct them. I realized this after just a couple of shooting days. Every human being has such strong opinions about death, and about how he’d react if a loved one would go this way. Everybody has really strong personal feelings about this. I realize that I basically asked the actors not to act so much. I just asked them to be themselves. What we did in this movie is that I tried to cast the actors as close to the characters as possible. Of course, we talked about lines, about the details—but I coached them to just be themselves. I told them to left their true feelings out, and sometimes it took two or three takes, but this kind of movie was director-less for me. Just make them feel comfortable and give them a comfortable environment, to just relax and let their own feelings come out.

T: You’ve talked a little bit about this already, but could you talk a little bit more about the casting process?

CZ: The role of Hannes was cast quite quickly, because Florian [David Fitz] is a quite well-known actor in Germany and I’ve had him in mind from the beginning. He was the name we needed to finance the movie—which does not mean that’s why we cast him. I really, really like him as an actor, so we started with him. Then, we casted the closest people to him: his wife Kiki, and his brother Finn, then his best friend Michael. We built up from Florian. Once I had him, we could cast the second one, and the third one, and the fourth. In a somber film like this one, you really need chemistry between the actors. It’s probably even more important than the actor himself. It’s the combination that’s important, the chemistry they have. I casted them together. The group got bigger and bigger, because I wanted to see how the chemistry between them worked.

CZ: I always do films for personal reasons. They have to strike a tone with me. I think this film was a weird coincidence. A couple of weeks after the script came to me, I turned 40. I’ve never thought that age would do something to me. When I turned 20, I didn’t care about it. When I turned 30, I didn’t care about it. But, the year I turned 40, I started to think, “All this will end someday.” 40 is like the half-time. I really thought about death a lot. The whole nature of the human being is that it will end someday. When I first read the script, I thought about how I would like to die. In Germany, there’s a saying: everybody’s dying on his own. I don’t know if you have the same saying in English, but I hope it’s not true. I just hope that it’s possible that when you leave this world, you can feel a sort of connection, and that you can feel the love from other human beings. I hope that you don’t die alone. This is the most important thing that I hope for my own death: that I will not die alone. I think the ending of the film is tragic and really sad that Hannes has to die, but his friends make it possible that he doesn’t have to die alone. For me, this was the main theme of the movie, and what interested me most.

T: Most of the film is shot outdoors in these beautiful sprawling landscapes. Can you talk a little bit about the location scouting process?

CZ: The location scouting process was actually quite difficult because we didn’t have the money. If you want to shoot a road movie, and really go on the same trip, it’s really, really expensive, because you have to move the whole team of 50-60 people. We didn’t have that kind of money. We figured out that we maybe had a couple of days to shoot in Oostende, Belgium, and the other points of the trip we had to find near Frankfurt. It was all within a range of about 50 kilometers from Frankfurt. It would be impossible to tell a story of a trip from Frankfurt to Oostende in the range of 50 kilometers from Frankfurt, so what we did was send out a second unit who shot a crew of stand-ins. They cycled in the wide shots, and through the landscapes. They took the real trip, while we never moved far away from Frankfurt. It was really complicated because we had to find location for the actors—rocks, trees, rivers—that had to fit with the wide shots of the second unit. It was a complicated process.

T: Tour de Force debuted at Locarno Film Festival. It was an Official Selection at Toronto International Film Festival. What’s it like to now be the Opening Night film at KINO! 2015?

CZ: It was one of the things that I really hoped for. My wife lived in New York for almost four years, and I was in New York in ’89, when I went for a school exchange—wow, 26 years ago! I’ve really not been to New York since, and I’ve always wanted to go and to go with my wife. I’m looking forward to showing my film there.

For a complete listing of the KINO! 2015 schedule, click here.