The Top 5 Quotes From the 'Music+Film' Panel with Q-Tip, Todd Haynes & Matt Berninger

A Hip Hop legend, a rock star, and an Oscar winning director walk into a bar... 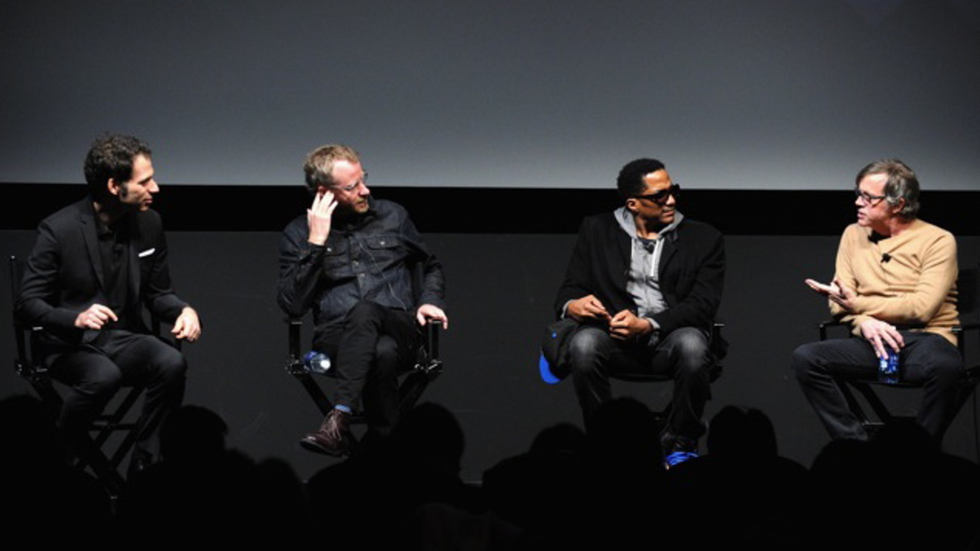 It sounds like the beginning of a (complicated) joke, "So a rapper, an indie-rocker, and an Academy Award nominated director walk into a bar..."  But we managed to gather that exact group together yesterday for our Tribeca Talks® Industry panel on "Music+Film."

Of course, our panelists are much more than the above labels would suggest - in fact, all three transcend them. Q-Tip may be most famous as a rapper and a member of heralded hip hop group A Tribe Called Quest, but he is also a music and film producer, screenwriter and actor. Todd Haynes may be a famed film director, but he has conquered several huge musical subjects including Karen Carpenter and the elusive Bob Dylan. And in addition to being featured in our opening film, Mistaken For Strangers, Matt Berninger and his band The National have contributed to the soundtracks of numerous films and television shows including Bob's Burgers and Game of Thrones (which he admits to "nerding out" about). Here's five of our favorite quotes from last night's discussion, moderated by Billboard's Joe Levy:

"You can tell how good a filmmaker is if you can turn the sound down but you can still feel the story."

- Q-Tip, on his personal viewing strategy.

"Often when our music will be used, there will be two characters in love to ramp up the forlornness. It's like adding syrup to the sweetner."

- Matt Berninger jokes about how the "eery love songs" of his band are often used in film. He cited a use in a sex scene where the femal character accidentally breaks their CD. He also cited his music's backwards-usage in  last year's The Warrior, where one of those "eery love songs" is used  to underscore a mixed martial arts fight, saying that that use was one of his favorites.

"For the Director there's an envy in the act of live performance, because it's something that we never get to experience."

- Todd Haynes explains the director's fascination with filming music and making films about music. Maybe Steve Buscemi will be experiencing this when he films Vampire Weekend for the Amex Unstaged concert on the last night of the Fest.

"Music and film are parallel experiences: they are linear, they are narrative."

- Haynes explains how the construction of the two mediums naturally go together, making their combination organic and even more powerful.

"When I watch films now, there's more of a musicality to the way the film are written."

- Q-Tip elaborates that point by looking for the rhythms and flow in films, their images leading into one another like phrases in a song. Evidence of this musicality can also be found, ironically, by turning the sound down and viewing the films in the way he suggested above.