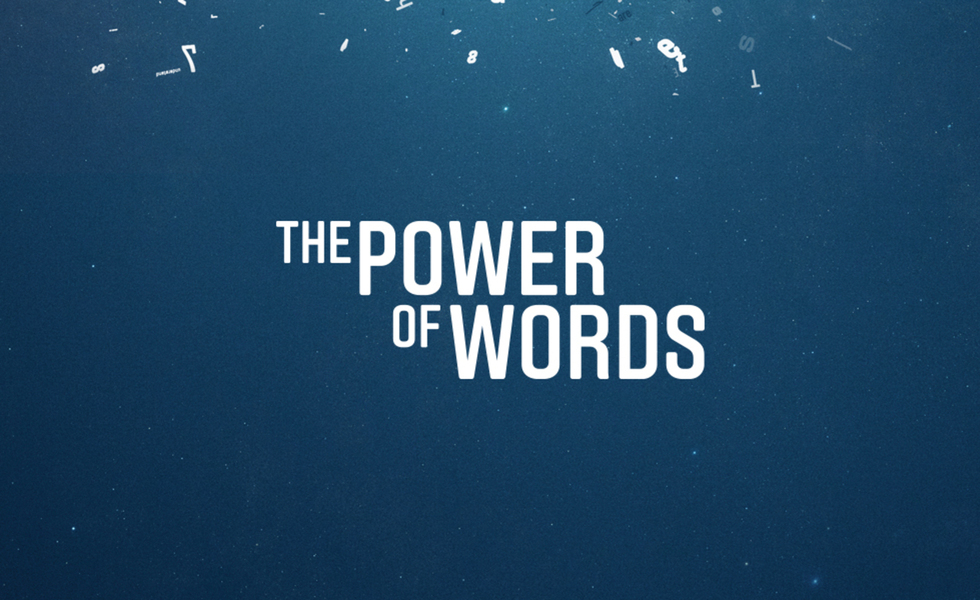 Check out the fifth and final film Captureland from Director Nabil Elderkin // Tribeca Film Fellow: Tyler Strachan. Scroll to the bottom to see all the films.

Legends make history. And then they become it. When iconic social-political figure Nelson Mandela died of a respiratory infection at 95 last year on December 5, he left behind an abundance of good will thanks to philanthropic deeds and a well-chronicled life as a revolutionary that not only helped his native South Africa, but humanity overall. Now that he’s gone, textbooks and educators will teach of his mantras and doings, but Tribeca Film Institute® is taking his words off the pages most are familiar with and putting fresh spins on them via their Power of Words film series—premiering this week.

More than a year in the making, the initiative is a collaboration with the Nelson Mandela Foundation, Out Of Africa Entertainment, Tribeca Film Institute, and Montblanc putting elite directors and Tribeca Film Fellows® students at the helm to create 5 films pairing and embodying a Mandela quote with a short movie—some documentary style, others fictional narratives. Each director was paired with one alumnus of TFI’s Tribeca Film Fellows® program, a year-long fellowship for high school juniors and seniors that includes development of a personal creative project, workshops, mentoring, and special events. The students collaborated with their respective directors to envision and edit the films and some travelled to South Africa for their premiere in November.

“If you want a historic figure to connect with a present day generation, you have to make them relatable,” says Tribeca Film Institute Education Director Vee Bravo of how the series bridges the lives of its unknown subjects with Mandela. “Otherwise, they’re just another chapter in a history book.” Participants were asked to consult Nelson Mandela by Himself: The Authorised Book of Quotations for potential ideas.

Director Nabil Elderkin chose Mandela’s “I am not a saint, unless you think of a saint as a sinner who keeps on trying” quote. It inspired his grimy, yet glorious Jamaica-set narrative Captureland about Tocky, a charming Rastafari set on leaving behind a shifty lifestyle for a pilgrimage with his brothers. “Every man has a purpose,” he says often as the audience watches him pursue his.

“‘I am not a saint’ grabbed me straight away,” says Elderkin of the quote he picked. “The words that followed painted many pictures and faces in my mind. I think Nelson Mandela's spirit is within anyone that has learned about him. So hopefully my film, which is a part of me, embodies the same spirit as I reflected on his quote.”

"The habit of attending to small things and of appreciating small courtesies is one of the important marks of a good person," was selected by Ramin Bahrani for his piece Lift You Up. Set in North Carolina, it follows a chicken egg sorter that lives by sayings like, “If you don’t give nothing, you ain’t nothing.” The Kentucky gent isn’t inspired by the potential financial gain good deeds provide, but rather the lifting affect that follows. “You might not get no money, but you’ll gain in your heart and spirit,” he says.

“We are not yet free,” spoke to director Hank Willis Thomas, whose Truth Booth invited all comers in Ireland, Afghanistan and the U.S. to walk into an inflatable room to speak their truths. “Afghan girls, especially in Herat province,” starts one young lady sadly, “have no liberty at all.” “I’m so sick and tired of the violence going on within our communities today,” says another.

“Our film uses Mandela’s words about truth and freedom to express how in touch his thoughts were with the challenges of people all over the world,” says Thomas. “The struggle for freedom is never won simply. It is always in progress and it takes the courage of each person to believe they have the power to affect the collective good by touching hearts and inspiring change.”

The globetrotting series also made its way to Uganda, where A Fork, A Spoon and a Knight (inspired by “Difficulties break some men, but make others.”) director Mira Nair documents Robert Katende’s troubled orphan beginnings to becoming a father figure for his community and teaching children life lessons through the game of chess. “How can I use what I have to get what I don’t have?” Katende thoughtfully asks his kids to consider.

Kweku Mandela, grandson of Nelson and co-founder of Out Of Africa Entertainment, which aided in the production of the Power of Words series, is proud of the diversity in the films. “We wanted a broad dynamic,” he says. “I want people to watch them and hopefully celebrate with us what my grandfather was able to achieve, but hopefully also take away something they can use in their own lives.”

As for how the Mandela family is doing a year after losing its iconic head, Kweku says, “We’re doing as well as you can. He raised us all to be strong. We’re all pursuing our dreams and doing all these things to pay tribute to not only my grandfather but the entire family.”

Jane Rosenthal, co-founder of Tribeca Film Institute recalls being in Nelson Mandela’s presence years ago. “He talked about how that when he was in prison, the one night that he looked forward to was movie night,” Rosenthal remembers, “because it was the one time that both he and his jailers were equal. They laughed and cried at the same thing. The power of movies to share views and opinions that you normally wouldn’t have in a conversation.”

It’s a feat that Power of Words is also attempting to achieve by connecting unlikely dots. Bravo sees the juxtaposition of subjects, directors and locations as one of its biggest victories.

“The Caribbean Islands are part of the African Diaspora," he says, giving historic context to Captureland. “That’s where people in the slave ships were dropped off first. The symbolism of [Tocky] getting on the boat and making the pilgrimage, that kind if brings it all the way back home for me. It’s been a blessing to watch each film as it comes in.”

Nelson Mandela is a larger-than-life figure and the byproduct of being that tall in stature can often be that others also fighting the good fight can get lost in the icon’s shadow. The Power of Words shows that one Superman doesn’t have to solve all of the world’s problems. Many hands are working to lighten the load.

“When people watch these films,” adds Bravo, “I hope that their own experiences in standing up for something and taking the necessary steps to achieve their liberty and sense of purpose…” He trails off in his thoughts before returning for his final words. “I hope they feel valid.”

Check out all 5 short films, inspired by the words of Nelson Mandela.

To find out more about the project, please check out this behind the scenes video.