Looking for something on the WTF side of cinema? These two impressive new shorts will satisfy that craving for weirdness. 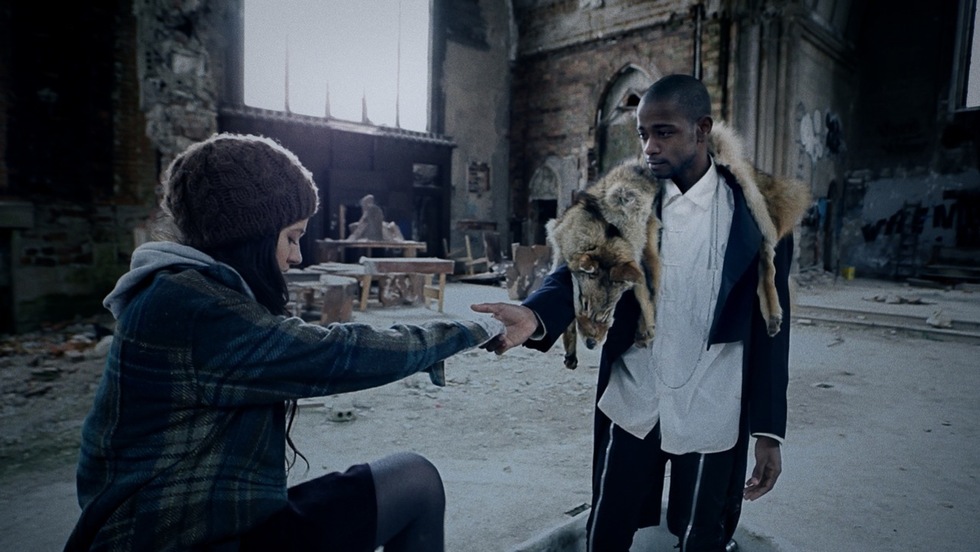 Are you in the film fest mood yet? If not, take a look at the first wave of lineup announcements for this year's Tribeca Film Festival, which is 55-films deep and overflowing with diversity, intrigue, Kristen Stewart, Tom Hiddleston, and a documentary about people who willingly eat bugs. (Seriously.) Festival regulars know that one of any fest's highlights is its Shorts section, where some of the most daring up-and-coming filmmakers show and prove. Tribeca 2016's wide array of shorts programs will be announced soon, but in the meantime, here's a two-for-one deal to get you in the mood. Neither of these films are directly Tribeca-affiliated, but they're unique, made by young voices, and have loose ties to this year's lineup.

The first is King Ripple, written and directed by the wet-behind-the-ears director Luke Jaden. Blending urban dystopia with psychedelic horror, it's a kind of new-age Candyman, with the excellent on-the-rise actor Keith Stanfield (Short Term 12, Selma, Straight Outta Compton) inhabiting the Tony-Todd-like presence of a mythical deity who haunts an urban wasteland. While Candyman is set in Chicago, King Ripple is a Detroit tale, about four teenagers who foolishly wander into a junkyard that's supposedly haunted by Ripple and his willed-into-existence minions. Use this as a Keith Stanfield primer—the LA-born actor stars in the Tribeca 2016 world premiere film Live Cargo, which is in the US Narrative Competition, and Hard World for Small Things, a VR project directed by Janicza Bravo and set to premiere in Tribeca's first-ever Virtual Arcade, in the Festival Hub.

Next up is an equally bizarre new short from the Illegal Civilization crew of young Los Angeles skaters and streetwear fashion designers, led by Odd Future affiliate Mikey Alfred. Directed by Aaron Brown and produced by the team behind the music magazine The FADER, it's the story of some mischievous kids who have one hell of a day—in this case, they're stalked by a malevolent, slasher-like security guard after they've disturbed the peace with their skateboarding. Imagine if It Follows featured a long-haired kid who inexplicably walks on water and you'll be on this weird short's wavelength.