The Death of a Friend: Mourning Robin Williams

The tragic passing of Robin Williams will be felt by more than just Hollywood. 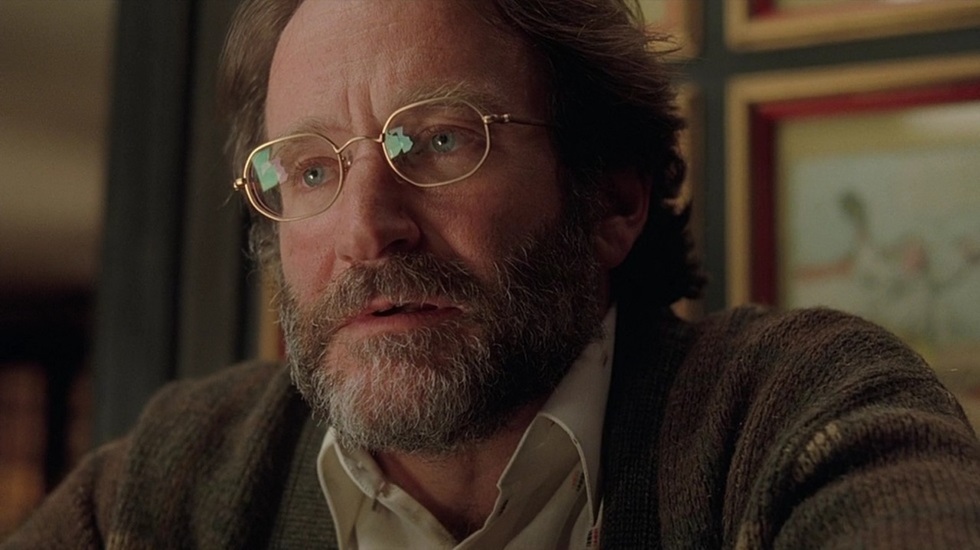 Like many other people my age, I grew up on the films of Robin Williams. My first exposure to the multi-talented comedian and actor came only in  the form of his voice. But oh, what a voice it was. As the fast-talking kindly Genie in Disney’s Aladdin (1992), Williams dazzled with his spot-on impressions (of the likes of  Ed Sullivan, Carol Channing, Groucho Marx and Arnold Schwarzenegger), nimble voice, and his uncanny ability to inject an incredible amount of heart into a giant blue spirit. I believe I saw Aladdin over 10 times in theaters. In the years to come, Hook, FernGully, Jumanji, Mrs. Doubtfire, and Flubber became staples in my family’s movie rotation, allowing my parents a few precious minutes to themselves. They always knew I was in good hands with Robin.

I was in middle school when I first saw Dead Poets Society (1989), essential viewing for adolescents questioning their future and forming their artistic ideals. As Mr. Keating, Williams set a high bar for English teachers everywhere. In the hands of a lesser actor, Mr. Keating’s earnest poetry readings and passionate speeches could have bordered on parody, but Williams’ tremendous restraint gave the teacher who urged students to think for themselves a quiet strength and dignity. Like his cinematic students, we all believed that our lives could be extraordinary as we took in Keating’s dynamic lectures.

Though nominated three times for an Oscar (Good Morning, Vietnam, Dead Poets Society and The Fisher King), Williams didn’t win his first and only statue until 1997’s Good Will Hunting. I vividly remember renting the movie that would make Matt Damon and Ben Affleck household names just a few weeks after watching Dead Poets Society. Though the material was a bit beyond my 12 year old mind, I could appreciate Williams’ masterful portrayal of Sean Maguire, a troubled psychiatrist tasked to help a brilliant but troubled janitor find his way. Playing a man trying  to counsel others while barely hanging on himself, Williams is unafraid to allow Maguire’s raw grief and anger break through his tough exterior. In a complicated performance, Williams uses his character’s willingness to share his vulnerabilities to connect with his patient (and the audience), healing them both.

When I came to work for Tribeca, Williams was already a member of the TFF family. In addition to starring opposite our co-founder Robert De Niro in Awakenings (1990), TFF had the privilege of hosting the world premieres of Christopher Nolan’s Insomnia in 2002 and David Duchovny’s House of D in 2004, both enhanced by Williams’ performances. Earlier this year, I had the opportunity to see Dito Montiel’s Boulevard at the 2014 Tribeca Film Festival. Williams stars as Nolan Mack, a mild mannered bank employee deep in a comfortable marriage and a mundane routine but struggling after the death of his father. Williams toes a difficult line as Mack picks up a young street hustler (Robert Aguire) for whom he has both parental and romantic feelings. Capable of portraying immense loneliness on-screen (see One Hour Photo, Jack, Bicentennial Man or The Night Listener, to name a few), Williams plays Mack as a sweet but desperate man  who must decide whether to finally put himself first for once. Again, Williams deftly portrayed a complex character who fights his demons but remains sympathetic.

With an actor who has over 100 credits attributed to his name, it would be difficult for anyone to pinpoint a favorite Robin Williams movie. As a child, I wanted Mrs. Eugenia Doubtfire to be my nanny. As a teen, I was enamored with Armand Goldman and his menagerie of talent. As an adult, I find myself wishing a Sean Maguire would come and fix me. Who knows how many more great performances Williams had yet to offer? It’s absolutely devastating to dwell on the possibilities. Luckily for us, he has left behind a legacy of humor, heart and wit, which will continue to inspire film lovers.