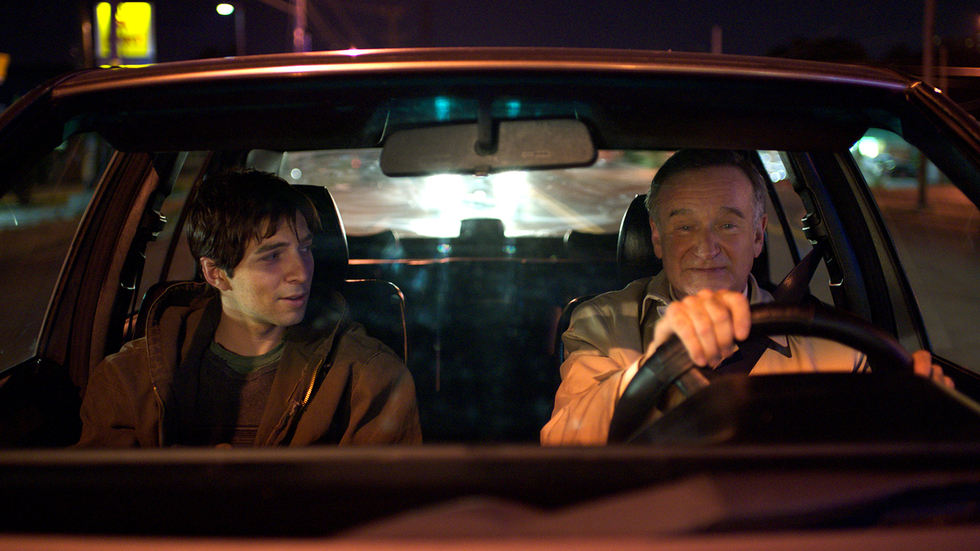 When Robin Williams passed away in August of 2014, movie lovers mourned the loss of an all-time great comedy mind. That Williams was one of the funniest actors of his generation wasn’t a mystery, and in his death, a deservedly endless amount of praise was given to his one-of-a-kind hilarity. But what made Williams such a special talent was his ability to be as brilliant dramatically as he was comically. And our final reminder is only a few weeks away.

Opening on July 10, Boulevard, which premiered at the 2014 Tribeca Film Festival, finds the late Williams playing Nolan Mack, a disenchanted man whose 26 years spent working at the same bank have lent his existence a depressing sameness, but his sleepwalk through life ends when he befriends a teenage (Roberto Aguire) whose dangerous street lifestyle causes Nolan to reevaluate his own life.

The film’s first trailer premiered online today and gives a strong glimpse at Williams’ performance, which critics have called one of his career's best. See for yourselves here: