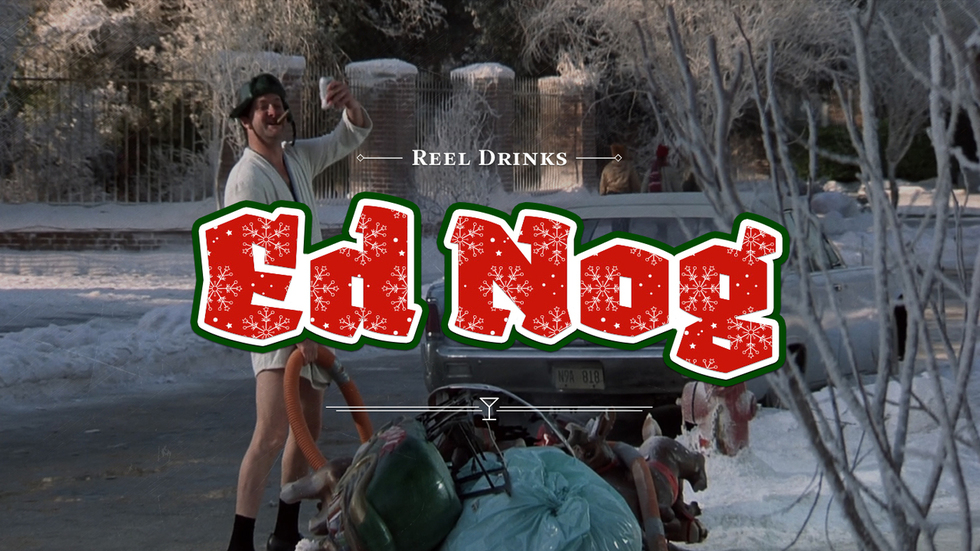 Every family has a Cousin Eddie, their own version of Cousin Eddie, Randy Quaid's character in the National Lampoon's Vacation movies. Cousin Eddie is dirty, potty-mouthed, and disrespectful; he's the guy who every other family member hopes catches the flu, or at least a gnarly stomach bug, around December 23 and gets sidelined long enough to miss the fam's big holiday party. Which never happens, meaning he's the guy who ultimately sneezes all over the dinner buffet trays, drinks all of the booze purchased by everyone but him, and inappropriately discusses that whole "bear rape" nonsense in front of grandma, grandpa, and the kiddies.

In the holiday comedy classic National Lampoon's Christmas Vacation (1989), Cousin Eddie and his large, equally in-need-of-showers family bumrush Clark Griswold's (Chevy Chase) home and won't leave—they're the houseguests of Krampus' dreams. On the morning of Christmas Eve, he cleans out the Griswold's clogged-up septic tank and greets their fancy-pants neighbors with, "Merry Christmas! Shitter was full!" Later, Eddie's behemoth of a Rottweiler pet, fittingly named Snot, makes alien-like sounds while resting beneath the dinner table during Christmas dinner. Through it all, Clark wants to kill him. But then Eddie saves the day by kidnapping Clark's miserly boss and bringing the cheapskate over to the Griswold’s for a reckoning. It's the most heartwarming moment of illegal activity in all of the National Lampoon's Vacation movies.

That's what Cousin Eddies do: Just when you're ready to jam a candy cane into his eye, your family's Cousin Eddie will give you a hand-wrapped present that, while perhaps not costly, shows that their grossness is matched by their generosity. So to honor those familial black sheep, our resident booze-head Andy Rozal has whipped up a signature Christmas cocktail: the "Ed Nog," a tasty and, most importantly, potent holiday treat that's your family's one-way ticket to Yuletide cheer. Just don't let those Cousin Eddie's drink all of it—their post-"Ed"-"Nog" inebriation will make *this* seem charming.

On that note, we’ll let Andy take over:

The concept behind this entry was fairly straightforward: ignore formulas for the time-tested, beloved holiday eggnog that everyone enjoys, and do something new...that hopefully tastes good.

I knew I wanted to do away with the egg, but wanted to retain the dairy; I also wanted to incorporate some winter flavors, and include a beer (because that Cousin Eddie is a classy dude). So we wound up with the drink below: a not-so-classic milk punch, inspired by eggnog. It's a smooth and creamy sipper, with notes of malt, molasses, sweet apples and touch of rum funk.

Bottoms up! (And don't forget to empty the shitter!)

Add ingredients to a cocktail shaker, taking care to do it in the order listed above to prevent curdling. Shake until the outside of the tin is covered in frost (about 30 seconds or so).

Pour 1 cup Oatmeal Stout into a saucepan, and whisk until degassed. Add 1 cup dark brown sugar, and heat over low until sugar is melted, taking care not to boil. Once done, pour into a non-reactive container and refrigerate, using within one week.