'Fargo's' season finale prompts some thinking regarding the plasticity of storytelling mediums. 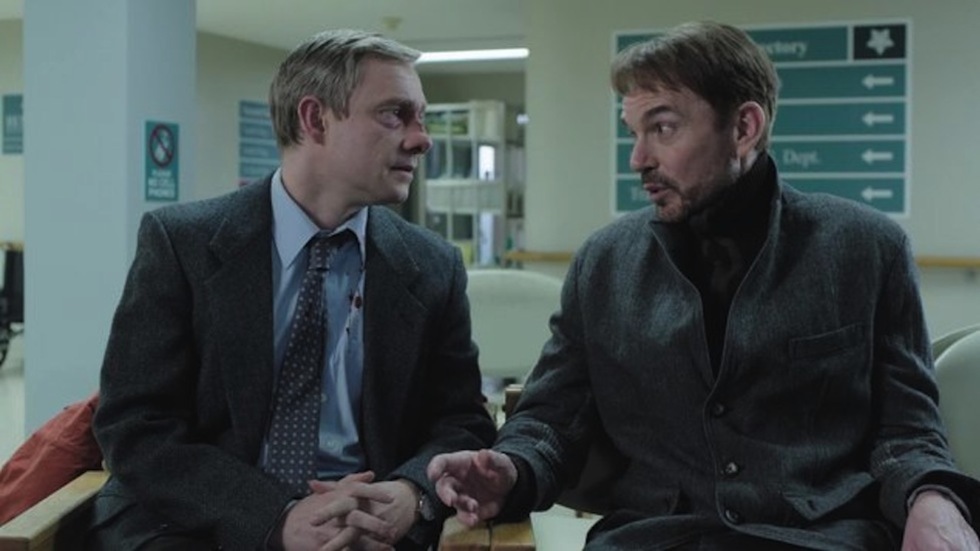 I have not seen the new hit FX series Fargo, which is, of course, inspired by the seminal Coen brothers film of the same name. Regardless, reading the ecstatic reviews the series has garnered led me to think a bit about the adaptability of movies into TV shows in general. Obviously, it goes without saying that plenty of TV-to-film transitions have not worked all too well, as it can be rather underwhelming to see a kind of storytelling that normally does well over the course of, say, 10 hours relegated to a mere two. Movies made out of TV shows are almost inherently anticlimactic: TV series build up a narrative arc over the course of years, while a film begins and ends in the course of an afternoon.

Of course, moving things in the opposite direction, while far less common - since, up until lately, film was the far more esteemed of the two mediums - is starting to seem like a move that makes a lot of sense. In addition to all the obvious business reasons this makes sense (far more creative freedom in TV than in big-budget cinema, etc.), there is also a compelling artistic argument to be made for the idea of adapting a film into a TV series. If cinema's story structure is most closely aligned with that of the short story, the thinking goes, a TV series is analogous to the far-reaching novel. While films can certainly cover a lot of ground, no film is going to be able to tell a story in as epic a scope as, say, a five-season run of ten one-hour episodes will allow.

Movies made out of TV shows are almost inherently anticlimactic: TV series build up a narrative arc over the course of years, while a film begins and ends in the course of an afternoon.

And why wouldn't a filmmaker want to adapt a strong film into a TV series? If the material is there, isn't there an artistic imperative to do so? Speaking from personal experience, I believe there are plenty of talented filmmakers out there who lament the limitations of the cinematic format - every movie has great scenes that have to be relegated to the trash bin, due to the need to keep the film's running time down, or because the scenes never quite found an appropriate home within the film's story structure. If a good film contains a rich and fertile narrative landscape, why not delve deeper, cultivate that soil further with the scope afforded by a TV series? In addition to Fargo, another recent example is A Teacher, Hannah Fidell's 2013 Sundance selection which she is now adapting into a series for HBO.

If a good film contains a rich and fertile narrative landscape, why not delve deeper, cultivate that soil further with the scope afforded by a TV series?

Good films always leave the audience wanting more; they present an atmosphere, a world, that is distinctive, comprehensive, and fascinating. What better way to further explore such a world than through the time TV series are afforded? I believe as the line between TV and cinema blurs we'll see far more examples of work like Fargo and A Teacher, situations where films depict distinct worlds that audiences feel merit further consideration.