PURPLE RAIN is Prince's Best and Most Personal Masterpiece

Prince's greatest cinematic foray remains the most valuably study of the artist as man—and legend. 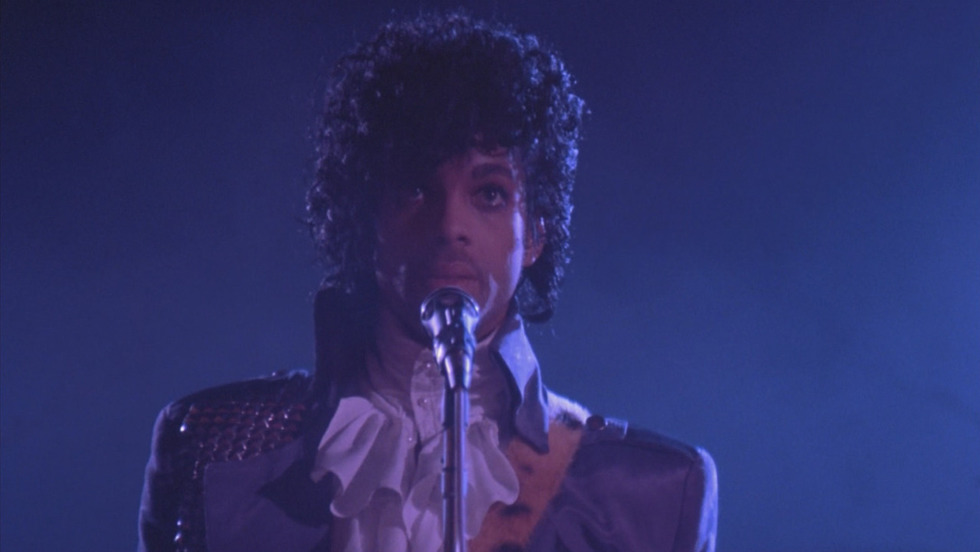 When it comes to the life, image, and iconicity of the artist born Prince Rogers Nelson, the very concept of death feels almost wildly incompatible.

On Thursday, April 21, the day Prince passed away at his home in Paisley Park at only 57 years old, many of us reacted with immediate shock and sadness. That's how it always goes when a cherished entertainer dies, and it's compounded when the entertainer in question leaves us too prematurely. It wasn't only that Prince was fairly young or that his face retained all the sheen of a man less than half his age. It's that few figures are capable of embodying such uniquely youthful auras beyond their early golden days and into their retirement and Kennedy Center Honor decades, when so much less is expected and an artist's identity hardens into more of a stone-enshrined entity than a living, changeable thing.

Prince was, of course, different. Just look at his surprise appearance at the 2015 Golden Globes ceremony, where the very sight of a strutting, cane-carrying Prince taking the stage in a puffy afro and metallic suit that only he could get away with wearing evoked an all-out frenzy. Everyone in the room was visibly affected by the moment, from a finger-whistling Channing Tatum to a bowled-over, bulging-eyed Allison Janney. John, Paul, George, Ringo, and Jesus Christ could have walked out on that stage and probably not have received as unhinged of a freakout.

Prince was an unprecedented rarity whose essence is hard to pin down in words. Maybe he wasn't entirely immortal after all, but, more importantly, the Purple One was never a prisoner to ages, phases, and fads. Maybe it's because he found fame so young, as a preternaturally smooth, silken-voiced 19-year-old with a Warner Bros. contract and a funky debut album, and then retained and reinvented it for many decades to come. Maybe it's because he hardly ever fell silent, creating at a remarkably prodigious rate and never hiding behind the work, even at its most politically powered or sexually goading. Or maybe it's because he managed to look so damn good after all these years.

There's a certain level of affect that goes into building any pop star's outward persona, a fine line between the unvarnished talent most artists are born with and the more elaborate identity an artist (or someone else) creates and wears like a second skin. These "roles" can be as deliberate as David Bowie's Ziggy Stardust or Beyoncé's Sasha Fierce, but they can also be more subtly transformative, like Frank Sinatra's seminal positioning as a crooning heartthrob or Mariah Carey's fallen angel routine.

When it comes to Prince, however, the line between artifice and authenticity was always much blurrier. Sure, he had his share of well-documented eccentricities and juicy bouts of diva behavior, but it remains difficult to decipher where exactly the megastar stopped and the man began. There's always the possibility that Prince was never actually playing a role to begin with, that his innately electric identity could naturally seduce the public at large without actually revealing all of itself. But Prince, perpetually skeptical of interviewers and fiercely private, never needed to lay himself bare. His work did that all on its own—at least to an extent. Albert Magnoli's 1984 musical drama Purple Rain is the work that both captures and discloses the most of the artist's elusive mystique. In all honesty, it took his death to finally get me to see the film, that recently played AMC multiplexes nationwide. I'd always assumed that, more than 30 years after its release, Purple Rain couldn't be more than a musty, hagiographic '80s artifact, relevant only for its still-extraordinary, Oscar-winning soundtrack and curious period costumes of the "I can't believe people actually got away with wearing these things in public" variety.

I was wrong. Purple Rain is unmistakably a vanity project, but it's also, and even more so, a grand experiment in visualizing Prince's flamboyant singularity through a highly specific cinematic vocabulary. It's a phantasmagoric musical blowout, made for just $7 million, that bolsters a vaguely biographical, coming-of-adulthood story in which Prince's "The Kid," a rising frontman in the Minneapolis music scene, falls in love with a would-be star named Apollonia (played by handpicked protégé Apollonia Kotero) and stands his ground against a ruthless rival named Morris (played by frequent collaborator Morris Day). No, the acting is never the film's strongest suit. Its efforts at humor, courtesy mainly of Day, crumble instantaneously. And the story's central logic—in which The Kid is frequently on the verge of losing his band's gig at a nightclub even though his music clearly electrifies his audiences—doesn't make sense.

But Purple Rain is possibly most valuable as a projected study of Prince himself, who is the film’s reason for being and its stabilizing center. Within the long and shaky annals of musicians-turned-actors, Prince wasn’t quite the effortless thespian that Cher or Will Smith managed to become but was still much more intriguing a screen presence than Madonna, whose teasing vitality as pop’s premier provocateuse always seemed to fizzle out on the big screen. In a different era, it’s easy to imagine Prince refreshing his persona in specially-constructed musical vehicles in the way that Elvis did during the fifties and sixties, even if Purple Rain is instantly more interesting than Love Me Tender and Blue Hawaii, and Prince, too, generated much more magnetism than Elvis ever did onscreen. Although intensely charismatic, there’s something almost boyish about Prince’s performance in Purple Rain, a flirtation with a more teenaged form of angst that isn’t necessarily as potent as, say, Rebel Without a Cause, but still manages to surprise and move a viewer who might only be acquainted with Prince, the Icon. 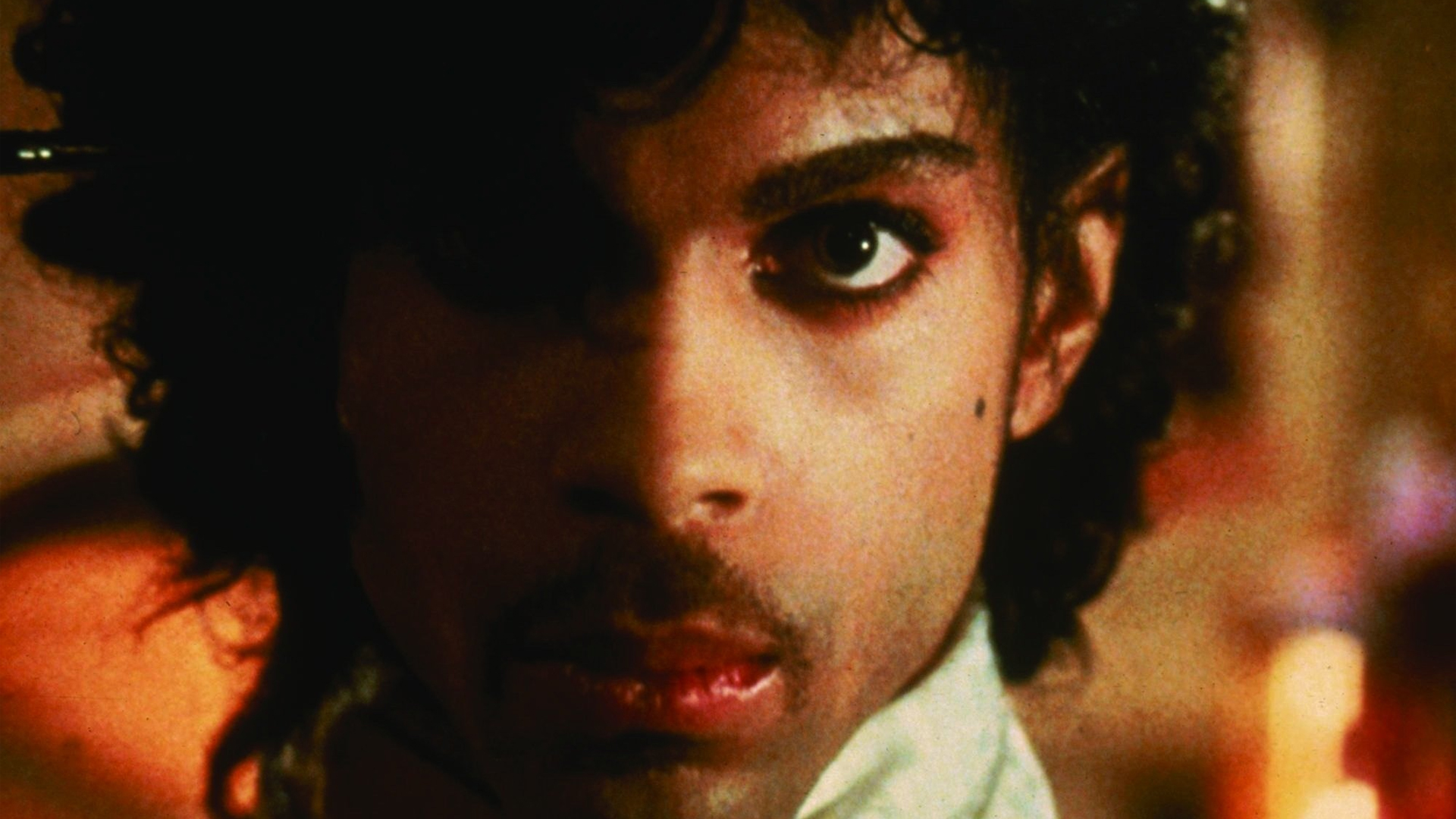 Purple Rain taps into many shades of Prince’s personality through brilliant use of Prince’s multifaceted songs, which tell worthwhile stories all their own. His mellow cool comes out to play on the dreamy “Take Me with U,” scoring an afternoon getaway with Apollonia on the back of The Kid’s motorcycle. The confident carnality of “Darling Nikki,” still his most dynamically filthy creation, is even more pronounced on screen as a shirtless, baby-oiled Prince writhes around mid-performance to taunt Apollonia, who has just joined forces with Morris to create her own girl group.

More than any of these facets, however, it’s Prince’s sensitivity that cuts the deepest impression in Purple Rain. The Kid’s affection for Apollonia (and his bruised resentment when she chooses his competitor) are quietly palpable, but even more affecting than that central romance is the film’s darkest and most maturely-handled subplot, in which The Kid’s abusive father and depressive mother keep wreaking emotional havoc on the trio’s shared home life, a carefully-veiled depiction of Prince’s own troubled familial history, reflected most prominently in “When Doves Cry,” the last song written for Purple Rain and perhaps the peak Sensitive Guy Anthem, James Dean’s “You’re tearing me apart” rewritten as tinkling pop ballad.

Tumultuous childhoods are by no means foreign to almost all tales of musical geniuses, factual and fictional. But there are a few interesting things about Purple Rain’s depiction of this, most unusual of which is the decision to move the violence of the homestead into The Kid’s adult life. (Prince was 25 during the making of the movie.) In doing so, Prince—along with screenwriters Mangoli and William Blinn—establish as direct a correlation as possible between the scars of one’s upbringing and the resulting trauma that never fades, the mistakes of the father as both back-breaking plight and tricky learning lesson for the son.

Prince’s onscreen father, Clarence Williams III’s “Francis L.,” a failed musician and despondent abuser, is more or less a surrogate for Prince’s own father, John Lewis Nelson, a musician and songwriter who passed his own dreams for unachieved stardom onto his son. As his stature threatens to subside, The Kid begins to alienate those closest to him, including Apollonia, whom he strikes twice in two of the movie’s most jolting scenes that are also two of its most honest in that they accurately and unambiguously display a familiar cycle of abusive behavior.

The Kid also isolates two crucial members of his on/offscreen band The Revolution, guitarist Wendy and keyboardist Lisa, who express discontent with The Kid’s uncollaborative leadership early on in Purple Rain when they attempt to convince him to sing a song they’ve written, which just so happens to be the film’s legendary title track, a masterpiece of spare lyricism and galvanizing, guitar-licked execution. It’s no spoiler to say that The Kid ultimately relents, but it’s only after after his father’s botched suicide attempt, which serves as a dire wakeup call to change his estranging ways and learn to give more of himself to those around him, that he does so.

In this vein, the climactic performance of “Purple Rain” is given added resonance because of what it means for The Kid (and Prince) to perform it. In the film, the performance serves many functions: a literal apology to those he has wronged, a redemption through communally-created art, a reunion between lovers, an acceptance of one’s flaws, and—most significantly—a testament to one’s ability to change and share oneself with others. There’s something heart-stirring about The Kid’s late-act realization that different viewpoints don’t actually hobble but enable artistic fulfillment and that, quite simply, one can’t be the best all on his own. It’s a sentiment that’s only heightened by the generous reputation of his portrayer, a man who embraced different artistic perspectives across multiple mediums, from Billboard to Broadway, throughout his career.

Prince didn’t act much in the years after Purple Rain, which received a notoriously ropey, self-helmed sequel, Graffiti Bridge, that he seemed more than happy to leave in the nineties. And, by all reports, his actual working relationship with The Revolution (and Wendy and Lisa in particular) was probably not as cooperative as the fictional one set into motion by the film’s conclusion.

All of this fades away, however, when you actually watch Prince, especially in the wake of his loss. You forget about the antics, scandals, and notoriety and just see him, briefly shorn of any pretense, his pain in full display. You get the sense, through Purple Rain, that music was the only feasible way in which Prince could possibly unburden himself of such pain. He certainly wasn’t the only one to have relied on art as a release valve. But through such painful and profound expression, Prince, like The Kid, found power, not weakness. He found an armor with which to protect and preserve himself but also one which he could hide behind, leaving generations upon generations of fans to piece together his mystery as best they can.

Who knows if this is how Prince really felt. He could easily find all of this to be wildly off-base, but it almost doesn’t matter. There is a space that exists halfway between the man himself and the shadow of his legend and, within that space, there is something that in its own magnificent way can only be true.