'No Limits' deals with a "crazy sport," and an even crazier mystery (the death of Audrey Mestre). Alison Ellwood discusses how she portrayed the divisive tale both technically and emotionally. 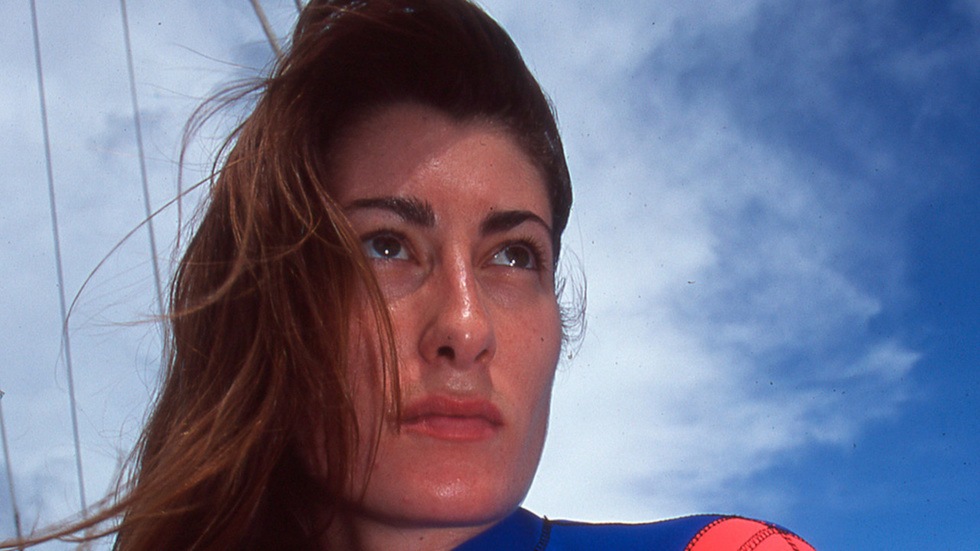 Tribeca: How did you come to make No Limits?  Were you interested in the sport before making the film?

Alison Ellwood: I worked with ESPN on a film for their 30 for 30 series called “Catching Hell.”  Both Libby and Connor wanted to find a way for us to work together again.  So, when the Nine for IX series came up, they called me and asked if I’d be interested in directing an episode. Of course, the answer was yes.  We tossed around a few ideas. Then they told me about the article in Sports Illustrated, “The Rapture of the Deep,” written by Gary Smith a while back.

After reading the article, I have to confess that at first the story creeped me out.  Also, I had no idea that the sport even existed.  So I really was starting from scratch.  It wasn’t until I reached out to Tanya Streeter that I wanted to make the film.  But meeting her and hearing from her perspective about the sport, I became intrigued.  What drives these people to do this crazy sport?

Tribeca: Seems like deep free diving as a sport has a gender neutrality.  Was that attractive to you and ESPN as this film is a part of Nine for IX, a series about women in sports? Does freediving have a ‘girl power’ appeal?

AE: There is certainly a girl power appeal to this story. Even though men’s lungs, in general, have a greater capacity for oxygen, the sport is much more gender neutral. There are so many aspects that go into a deep dive – physical, but also mental.  And I think it’s the mental powers involved that is the great equalizer of No Limits freediving.  The ability to control your mind is crucial.  One slight thought off the precise things you have to do can raise your heart-rate enough to throw you into big trouble.  As witnessed by Tanya’s “kiss to the sea.”  That one extra step nearly caused her safety diver to go into rescue mode.

Tribeca: No Limits freediving is a seems pretty dangerous, do you have any interest in trying it? Any insight into the minds freedivers after exploring this world as you have?

AE: I have absolutely zero interest in trying it! Tanya insists that it’s a safe sport. But it really seems like far too many things could go wrong. I don’t honestly know what drives them to do it. I suppose, like with any extreme sport, it’s about pushing your own limits.

As a filmmaker it’s not my job to take sides.

Tribeca: In No Limits there are varying opinions about who or what should be blamed for Audrey Mestre’s death – you seem to make a conscious effort to not take a side as a filmmaker.  How hard was that?

AE: As a filmmaker it’s not my job to take sides. My job is to lay out the facts of the story in as compelling a way as possible. It’s a very complex story. It’s impossible to know exactly what happened. There are a lot of opinions in the dive community about it, some of which are expressed in the film. It’s a terribly sad story, that’s for sure!

Tribeca: One of the most striking aspects of the film is the use of real-time footage during the two dives of Tanya (Streeter) and Audrey (Mestre).  What motivated that choice to leave in all the dead time?

AE: When I first saw the footage for both Tanya’s dive and Audrey’s dive, I knew right away I wanted to play them in real-time using split screens. I thought it was important to really get a sense of just how long they were underwater. Of course, Audrey’s dive was a little trickier to handle.  When we did the interviews for her story, at the end when we recorded room tone, I asked the entire crew to not make eye contact with the subject.  As I had hoped, they all looked down.  Those are the moments I use in the split screen during Audrey’s dive when she’s just stuck down there for so long and no one can do anything to help her.

Tribeca: What are your takeaways now that you’re done with this film? Lessons learned about: freediving, handling of a touchy topic, or feelings about the story itself?

AE: Again, it’s such a sad story. Last summer, Herbert Nitsch attempted to dive 800 feet, way beyond his own standing record of 600 feet. On the way up, he suffered from an embolism that landed him in the hospital for a long time.  He is slowly recovering, but he won’t ever do a No Limits dive again.  AIDA, the official sanctioning body is currently not sanctioning any No Limits dives. So, the sport may in fact be over. But most likely someone will come along and try it again some day, even if AIDA doesn’t recognize it.