The best new movies and repertory screenings for you to check out in NYC over this Memorial Day Weekend. 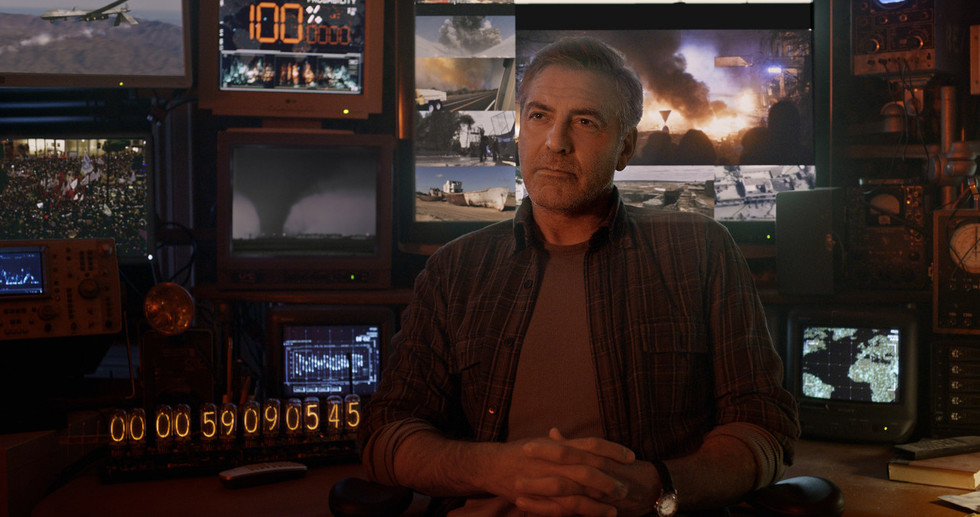 For proof that summer blockbusters can, in fact, still come from original concepts…

If you’re someone who appreciates innovation, a quick glance over this summer’s Hollywood release schedule is, to put it lightly, disheartening: Avengers: Age of Ultron, Jurassic World, Poltergeist, Fantastic Four. Hell, even the amazing Mad Max: Fury Road is still technically a popular franchise’s reboot. And that’s why Tomorrowland should be one of your Memorial Day Weekend priorities. It’s a blockbuster anomaly, a bank-breaking, Disney-backed summer tent-pole that’s based wholly on an original concept. Even if it leaves you wishing you'd seen Fury Road again instead, director Brad Bird’s hugely ambitious film deserves your respect.

Fortunately, Tomorrowland capitalizes on that good will. Co-written by Bird (who was part of TFF 2015 as one of the festival’s Tribeca Talks guests) and Damon Lindelof (Lost, HBO’s The Leftovers), it’s a warm and fuzzy optimism machine packed inside of an austere visual spectacle. George Clooney takes a break from prestige dramas to play a cranky inventor who guides a science-loving teenager (Britt Robertson) through an alternate dimension where the world’s greatest scientists and thinkers have constructed an infallibly perfect society. Because a movie that'sstrictly about utopian glee would quickly turn painfully saccharine, Bird and Lindelof pit Earth against an ensuing apocalypse, a conflict Tomorrowland does little with, and, be warned, fumbles in the film's concrete-flat finale.

Your best bet: visit Tomorrowland for the whipsmart chemistry between Clooney and Robertson and Bird’s A+ skills with staging jet-pack chase scenes and fantastical action, not the story's uninspired take on end-of-times urgency.

Because, sorry, those cannonballs you'll do into pools this weekend won't be impressive after all…
Sunshine Superman (2015)
Director: Marah Strauch

The best moments in Tomorrowland give you a unique sense of awe—thanks to Brad Bird’s expert-level ability to present breathtaking action, its countless rockets and jet-pack-riding characters zoom across a vast, eye-grabbing landscape with a captivating beauty. But, alas, you never forget that it’s all make-believe. The documentary Sunshine Superman, on the other hand, inspires those same feelings but through the real thing.

Sunshine Superman traces the life and career of Carl Boenish, the founder of BASE jumping. Director Marah Strauch's puts Boenish's professional recklessness into a lifelong context; after battling through polio while bound to a wheelchair as a kid, he worked as an aerial photographer before changing the game for adrenaline junkies and thrill-seekers alike. It's a nicely balanced look at Boenish’s dangerous ambitions, never shying away from his hobby-of-choice’s inherent risks but also embracing the extreme rushes of free-falling from skyscrapers and landmarks like Norway's Troll Wall.

Sunshine Superman's reenactments of Boenish’s jumps, captured with high-flying cinematography, leave you feeling both vertigo and wonderment. Your stomach will drop as Stauch films aerial shots that feel like her director's chair is fastened to Boeing 747. Sunshine Superman demands an IMAX release more than *Insert Random Summer Blockbuster Here*.

If your idea of a fun three-day weekend involves scrambling your brain like eggs…
Blue Velvet (1986) and Lost Highway (1997)
Director: David Lynch

Or are you? If so, reward that oddness by heading down to the IFC Center for special midnight screenings of Lynch’s Blue Velvet and Lost Highway. The former, which follows an in-over-his-head suburban guy (Kyle MacLachlan) who gets uncomfortably close to a lounge singer (Isabella Rossellini) and her sadistic boyfriend (Dennis Hopper), is a fever dream romance complete with Hopper giving one of the craziest film performances of all time; the latter, a psychological freakshow about a jazz musician (Bill Pullman) and a mechanic (Balthazar Getty) obsessed with two women who may actually be the same person, is Lynch’s scariest movie.

Together, they'll make for an excellently batshit two-night experience.

Where to see it: IFC Center, Friday, Saturday, and Sunday at 12:00 a.m. (for both Blue Velvet and Lost Highway)