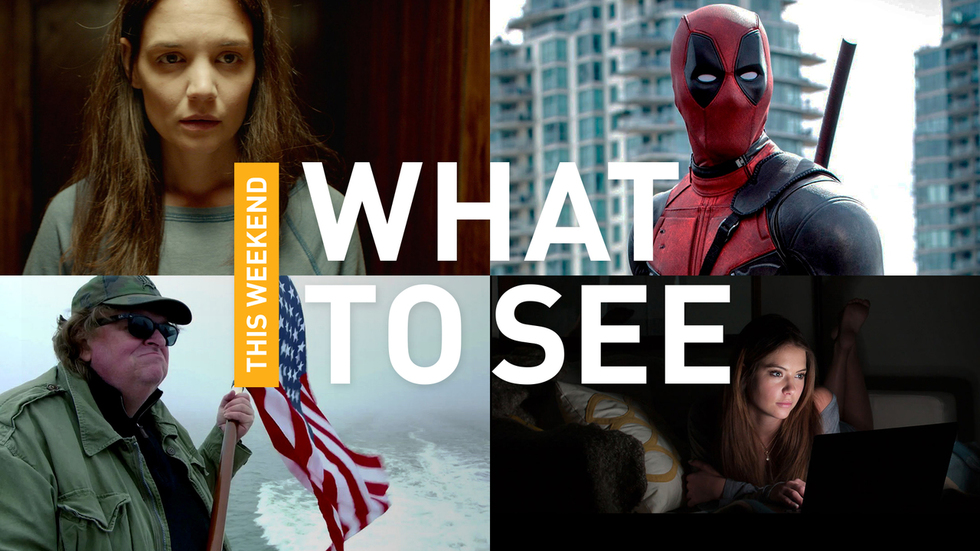 Here's your guide for the weekend of February 12 – February 14.

It’s easy to lambast Hollywood’s recent wave of superhero blockbusters. They’re visually stunning yet their plots are overly familiar; there’s never really any conflict or tension since, you know, nobody important will die, lest the next half-dozen already scheduled sequels and off-shoot movies be rendered obsolete; they’re more concerned with building cinematic universes than they are with telling substantial standalone narratives. So it’s only been a matter of time before Marvel Studios got in on the jokes being doled out by the most cynical anti-superhero critics. Deadpool is made largely for them. Based on Marvel’s anarchistic, wisecracking, formula-breaking comic book favorite, it’s what might happen if The Raid filmmaker Gareth Evans tried to make a modern-day Naked Gun with costumed mutant heroes instead of bumbling cops.

And in Ryan Reynolds, Deadpool director Tim Miller has his comically proficient Leslie Nielsen. Despite his futile efforts to both go dramatic (see, or, rather, don’t see: Atom Egoyan’s The Captive) and hugely commercial (ditto for Green Lantern and R.I.P.D.), Reynolds has always been at his best when allowed to fully embrace his gift for snarky gab, which he gets to do uncompromisingly here. He plays Wade Wilson, a former Special Ops soldier who, after being diagnosed with late-stage cancer, voluntarily undergoes an experiment overseen by the evil Ajax (Ed Skrein); post-hospital, his face looking like Freddy Krueger on a particularly ugly Elm Street day, but he's also capable of healing inhumanly fast. With his newfound powers, Wade, or the newly coined "Deadpool," forms a motley X-Men-lite crew to take down Ajax and rescue Vanessa (Morena Baccarin), the hooker turned love-of-his-life who’s been kidnapped by Ajax’s goons.

Deadpool’s dirty secret is that, despite its best efforts to obliterate all superhero conventions, and despite the aggressively subversive marketing that’s plastered Ryan Reynolds’ handsome mug everywhere imaginable over the last few months, it’s ultimately just another origin story. Like all of its predecessors, Deadpool escalates towards a reasonably thrilling yet altogether ho-hum action spectacle of a climax, which puts it squarely in line with every other Marvel movie. (Fortunately, though, there’s no post-9/11 city-under-fire allusions here, unlike both Avengers movies.)

But those other superhero movies didn’t have Ryan Reynolds—well, save for the awful X-Men Origins: Wolverine, in which Reynolds played a bastardized and defanged version of Deadpool. Finally able to own the character’s roughness, Reynolds is brilliant here, even getting to throw shade at past follies like X-Men Origins: Wolverine and Green Lantern. Opening with a tongue-in-cheek credits sequence citing characters as "A Hot Chick," "A Moody Teen," and "A Gratuitous Cameo," Deadpool immediately destroys the fourth wall and continues to dance all over it. And Reynolds does so with demented glee, nailing every line of juvenile dialogue (he calls himself a "butterface" twice) and using his elastically ripped physicality to give the film’s endless bursts of cartoony over-the-top violence their necessary Looney Tunes edge. He gives the Marvel Cinematic Universe’s best performance yet, pulling off a magic trick that’d leave Deadpool’s fellow X-Men colleague Gambit in awe: Reynolds makes an otherwise familiar superhero movie feel like system-busting middle-finger-you to familiar superhero movies.

Patriotism by way of wanting to leave the country ASAP…
Where to Invade Next (2016)
Director: Michael Moore

In many ways, Where to Invade Next is rabble-rouser/filmmaker Michael Moore's most upbeat documentary. It's a far cry away from the seething rage that fueled Roger & Me, Fahrenheit 9/11, and Sicko. Sticking to his #PersonalBrand, the ever-provocative documentarian’s celebration isn’t for America—it’s for basically every other country in the world.

Where to Invade Next’s initially goofy premise finds Moore infiltrating various foreign countries, literally planting his U.S. flag, and "stealing" one of the respective land’s best ideas. Gorgeous Italians discuss how their national productivity bests America’s even though they receive six weeks of paid vacation; kids in French public schools show Moore how their lunchtime is health-conscious and treated like a legitimate class by their superiors; Finnish college students proudly describe their scholastic achievements that come without having to do any homework. At his most vibrant here, Moore plays much of Where to Invade Next like a comedy; along the way, he has some fun with his subjects, like when he tries giving a repulsed French girl a can of Coke.

The further Moore gets into his mission, however, the angrier Where to Invade Next gets, not only for its director but also the viewers who make up Moore's like-minded choir. It’ll be tough for Moore's conservative enemies to shrug off the film’s third act, though. He uses on-screen graphics to show how Europeans pay more taxes than Americans yet still get more, since American paychecks are forcefully hit with deductions for defense spending and other corporate addendums—Bernie Sanders supporters will flip their lids. Where to Invade Next reaches its boiling point in Iceland, where corrupt bankers have been put in jail, women run the political system, and everything’s golden—which should make Hillary Clinton’s team smile.

Come to think of it, Where to Invade Next does have a positive message for America: In this election year, the liberal candidates are both onto something.

Where to see it: AMC Loews Kips Bay, AMC Empire 25

This Valentine’s Day weekend, ignore the latest Nicholas Sparks movie. You know the one, and you know exactly what it’ll give you: milquetoast characters doing vanilla things in a marshmallow-like world. For your romantic movie needs, seek out writer-director Paul Dalio’s Touched With Fire, a love story that’s unconventional in its characterizations and heartwarming in its shaggy-dog authenticity.

It’s also home to the year’s best performance so far. Katie Holmes is excellent as a writer suffering from bipolar disorder and placed inside an institution, where she meets a contentious spoken-word poet/quasi-rapper (played by Luke Kirby, also great). At first, their chemistry is oil and vinegar, but, as must happen in all romantic films, their affections grow for one another over their shared need for artistic expression. And, yes, it’s often as sappy as that suggests. But what gives Touched With Fire an edge over, say, The Choice is how Dalio confidently leans into his layered characters' flaws and imbalances. Long takes allow for heated arguments to evolve, and occasionally combust; Holmes and Kirby are given extended scenes to own their characters’ bipolar volleys between quietness and explosiveness.

Some of Touched With Fire does scream "indie cliché," namely its too-saccharine climax, which borrows more than it should from Rent. Yet Holmes sells every overwrought narrative choice like a champ, and she’s complemented by Dalio’s ability to write a character with more dimensions than all of Nicholas Sparks' female leads put together.

Ratter really shouldn’t work as well as it does. For one, it’s yet another found-footage-style horror flick, a sub-genre that can still be worthwhile (see: Israel's recent contribution Jeruzalem) but has mostly devolved into uninspired tedium; for another, it’s wholly seen through webcams and cell phone cameras, a risky set-up that played greatly in last year’s surprisingly terrific Unfriended but inherently threatens of repetition and transparent gimmickry. To its filmmakers credit, though, Ratter is slickly made, strongly performed, and voyeuristically discomforting. It’s the kind of POV thriller that Brian De Palma would make if he ever decided to slum it in modern times.

Pretty Little Liars and Spring Breakers star Ashley Benson is aces as a college freshman from middle America who’s newly relocated to New York City and trying to get into a big city rhythm. She’s dating a new guy, regularly talking to her parents over Skype, and, much less pleasantly, dealing with what appears to be a recurring intruder inside her small apartment. What she doesn’t realize, though, is that there’s an obsessed man constantly watching her through her laptop’s camera and her mobile cam. Writer-director Branden Kramer tightly builds the stalker’s manipulations with an impressive patience, evolving from a gradual unease to a finale stings like a kick to the gut.

Where to see it: Cinema Village

Elaine and Ed Kendall have more than their share of grief and suffering. Once a young couple in love they now struggle for a sense of stability in their Staten Island home. Their eldest son is suffering from the physical and psychological effects of war; his younger brother takes it upon himself to bring him peace and relief. Meanwhile, their special needs daughter brings another kind of chaos to the family. Even though Ed and Elaine explore options for her care, they're really just hanging on to hope that things improve somehow.

Bad Hurt is an agonizing story, but one that reminds us of the sturdy bonds that exist within a family, and how determination can survive even in the darkest of places. —Deborah Rudolph (via the 2015 Tribeca Film Festival guide)

Where to see it: Cinema Village 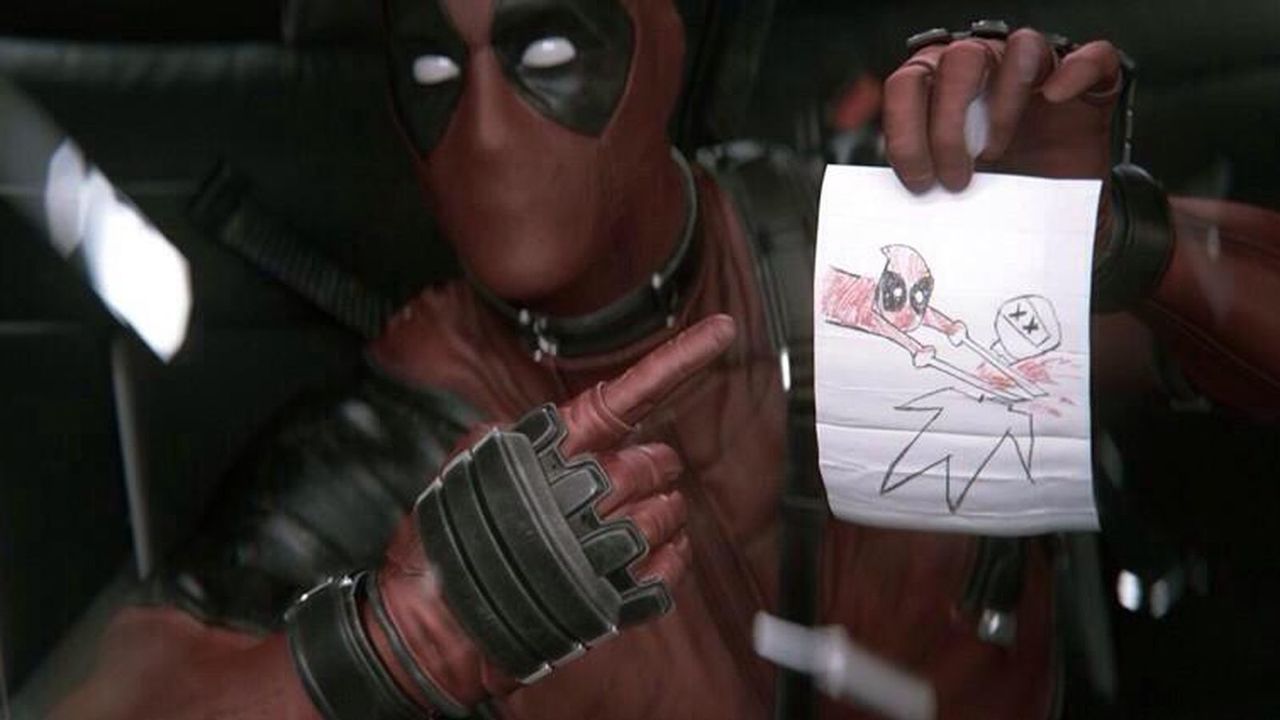 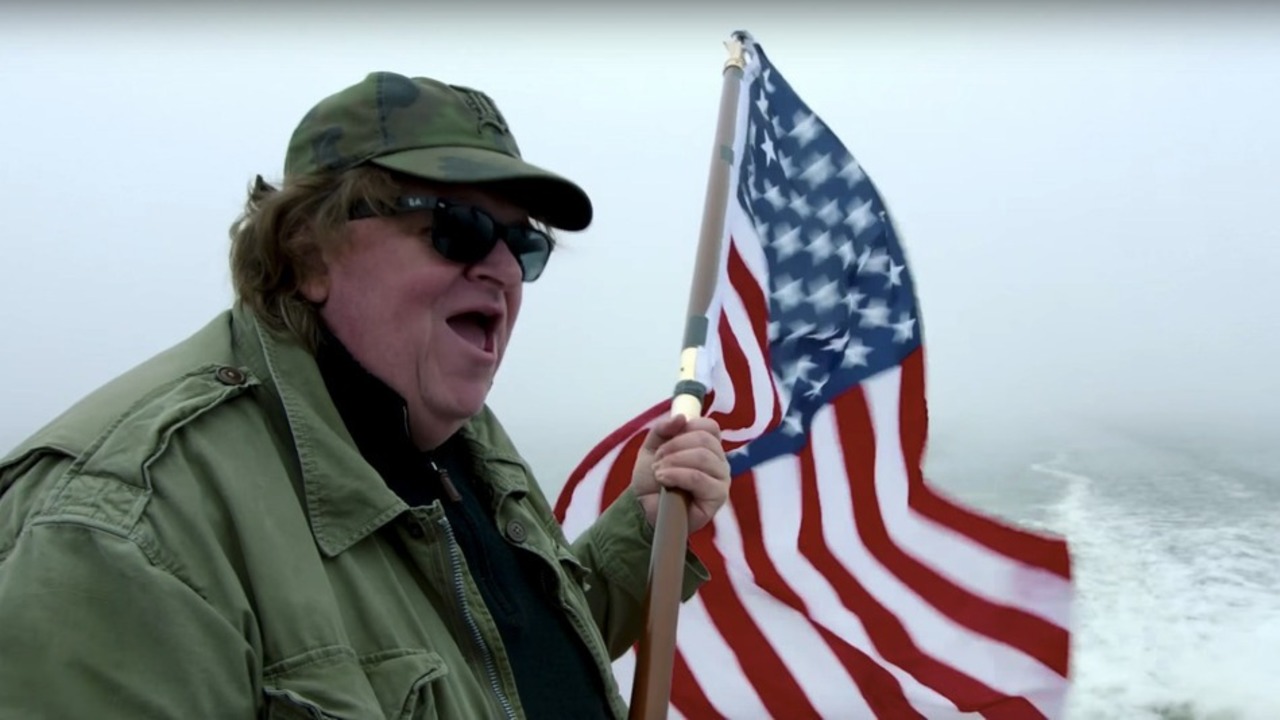 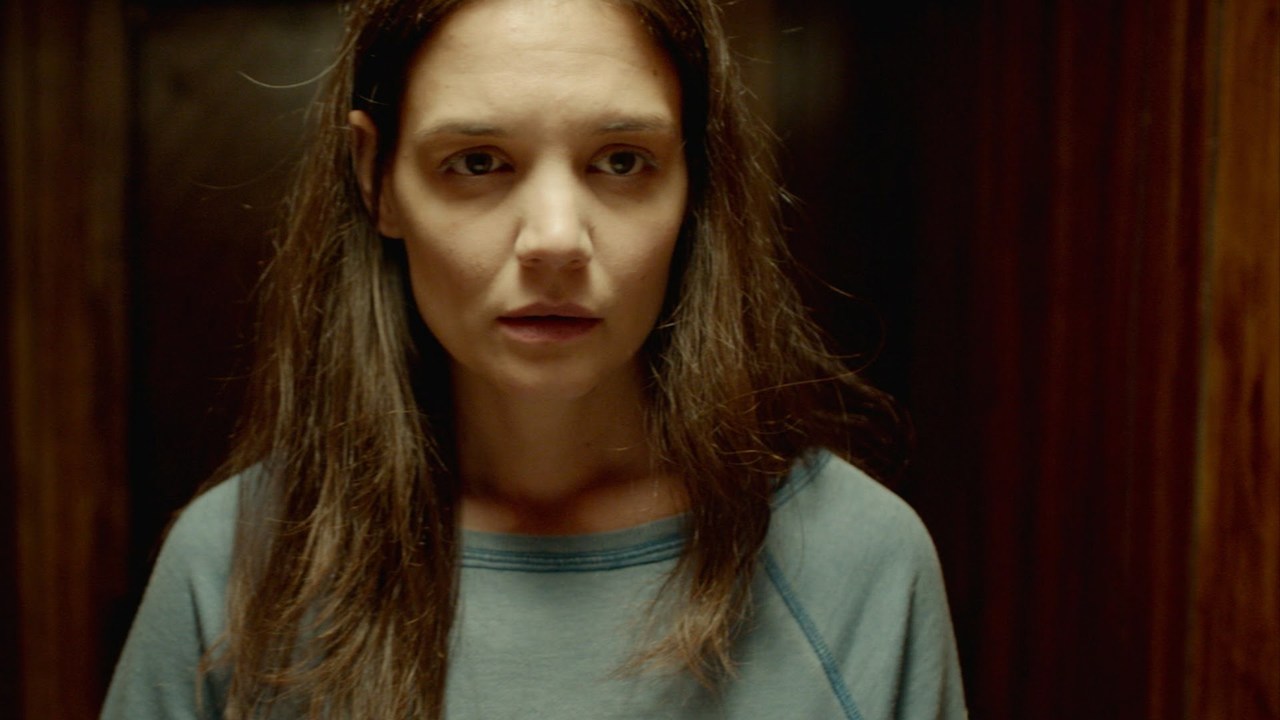 3 / 7
The best performance of the year so far comes from an unexpected source... TOUCHED WITH FIRE (2016) 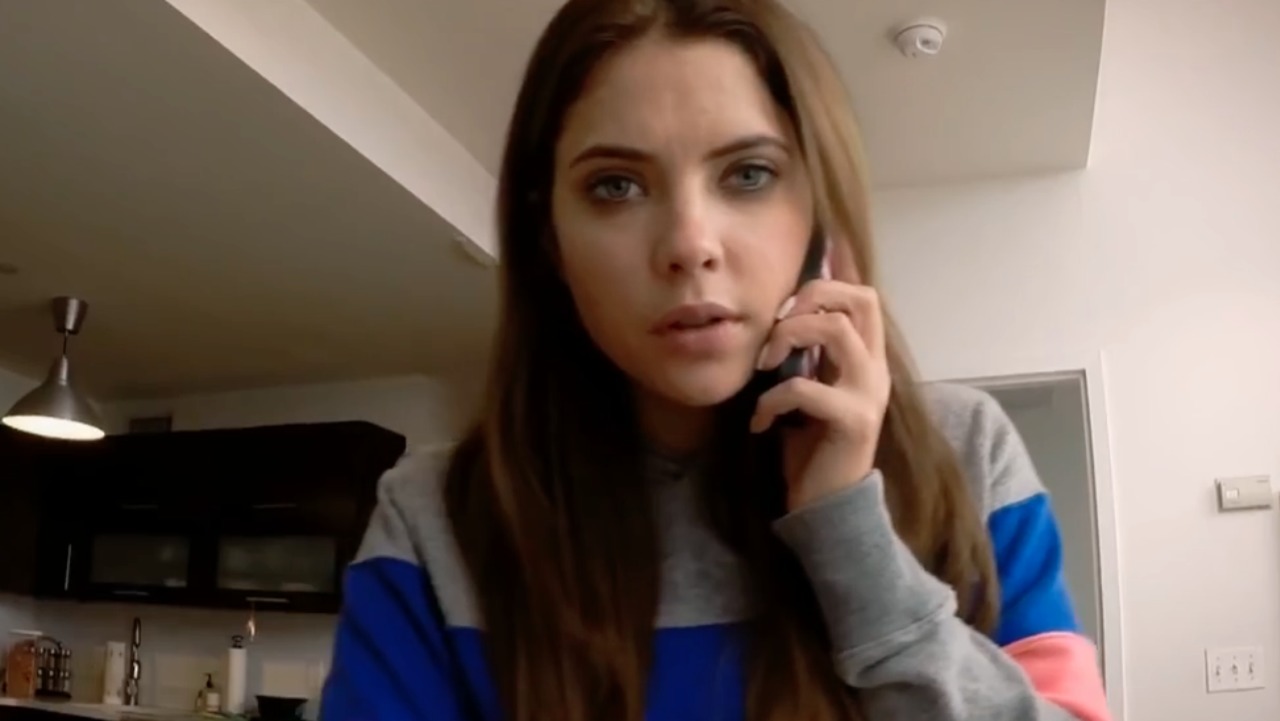 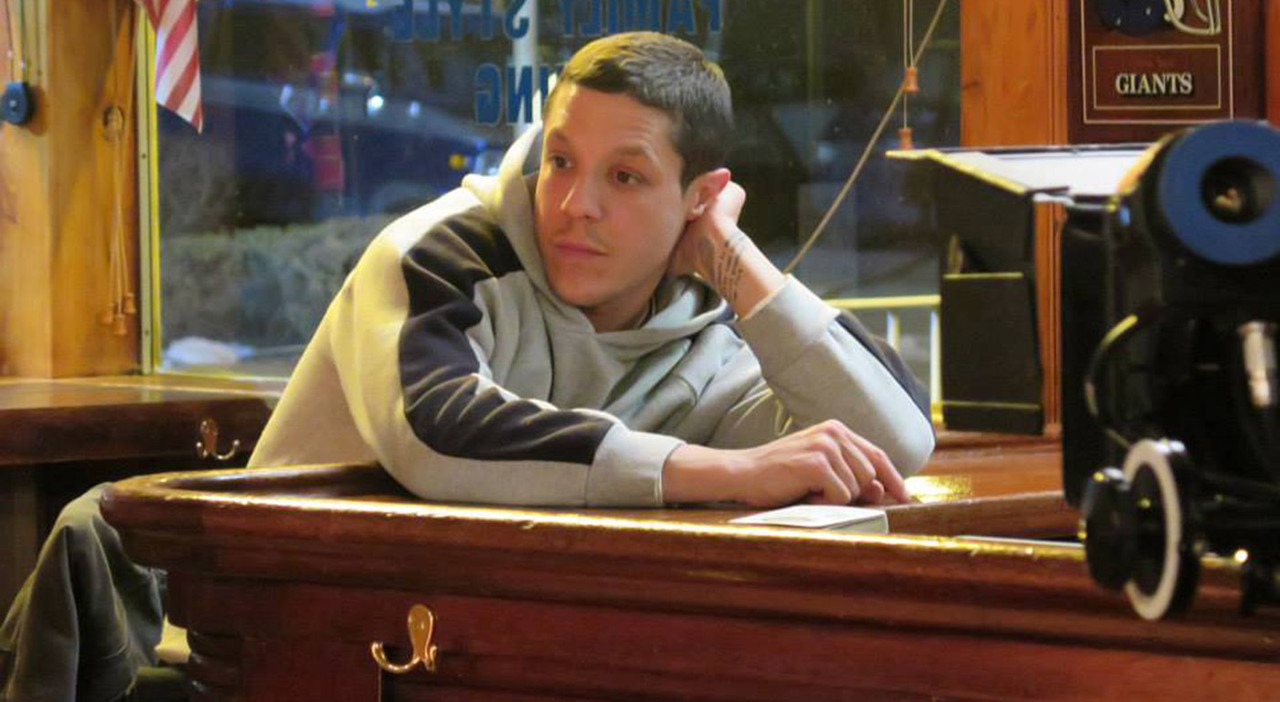 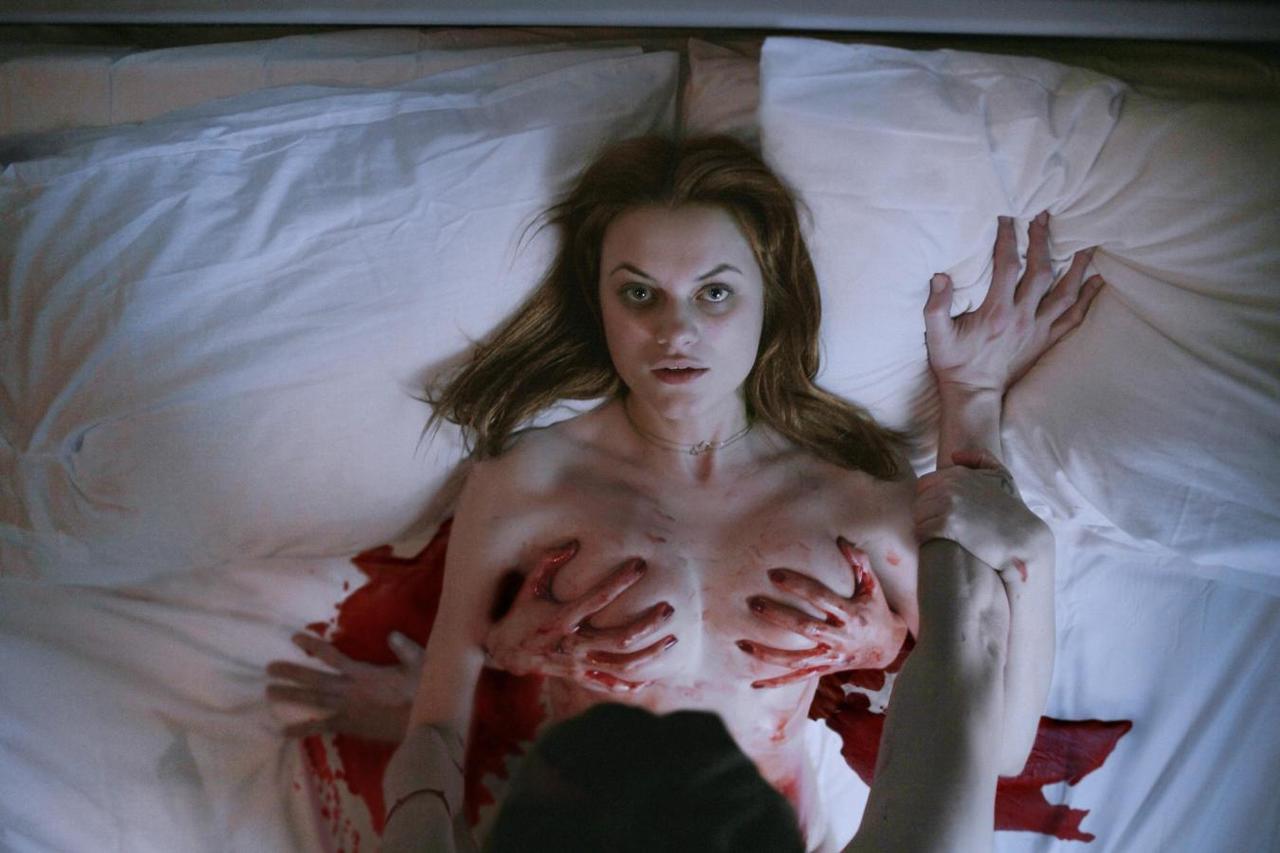 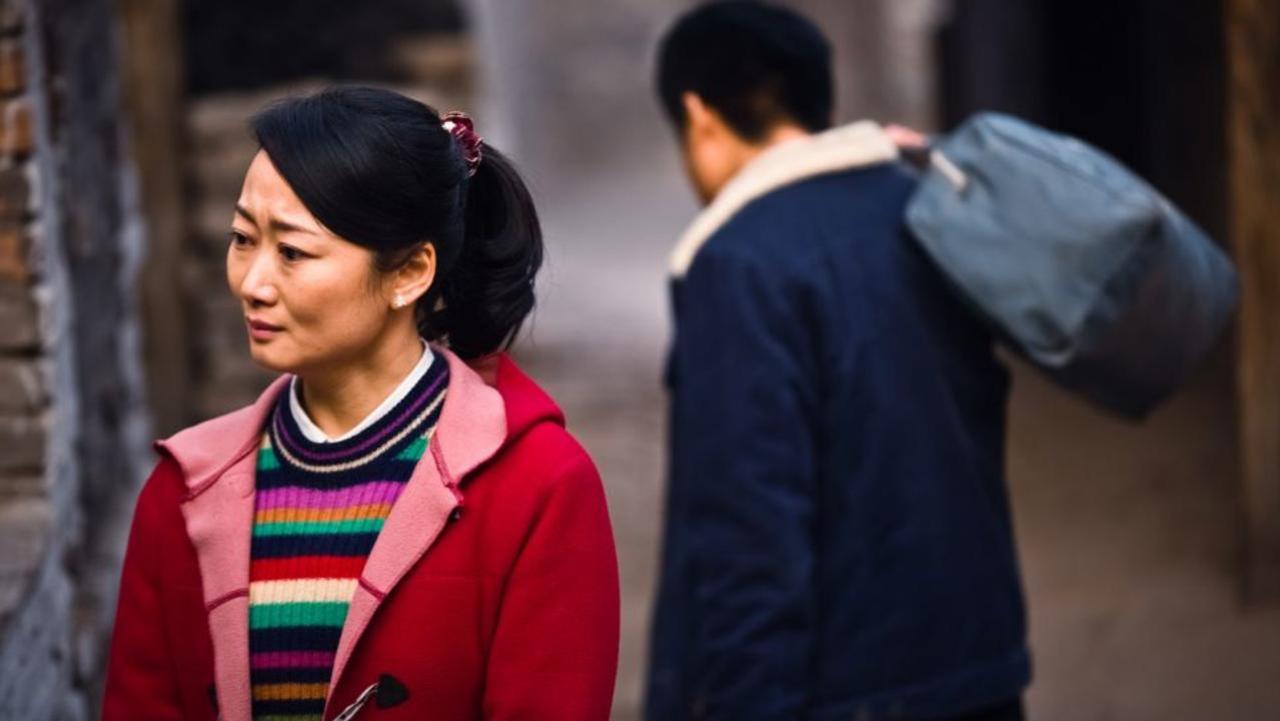