‘Match’ Is Now Playing in NYC

The legendary Patrick Stewart stars as a former dancer-turned-instructor with a checkered past in this favorite from TFF 2014. 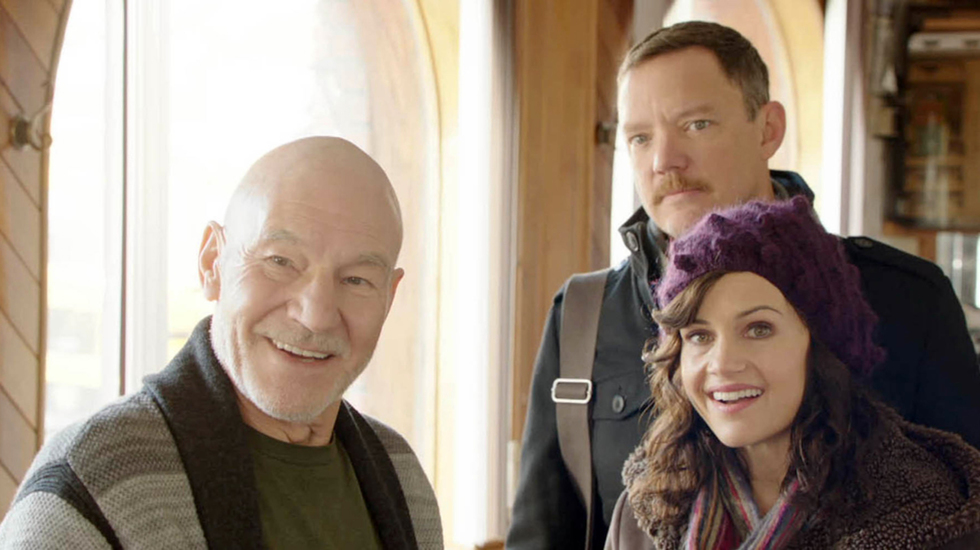 For his sophomore feature, filmmaker Stephen Belber directed and adapted his own Tony-nominated Broadway play of the same name, Match. Anchored by a trio of strong performances from Patrick Stewart, Carla Gugino and Matthew Lillard, the film was picked up by IFC Films for VOD and theatrical distribution shortly after its world premiere at the 2014 Tribeca Film Festival.

The  intimate character study focuses on Tobi (Stewart), a former dancer with a long and varied career, as he prepares to be interviewed by Lisa (Gugino), along with her husband Mike (Lillard), for a dissertation she claims to be writing about the New York dance scene in the 1960s. When the couple’s ulterior motives are revealed, the trio engages in an explosive debate about responsibility, artistic ideals and love (with a few shocking reveals along the way).

New Yorkers can see the film starting Wednesday, January 14 through Tuesday, January 20 at the IFC Center. Director Stephen Belber & star Carla Gugino will be in person for a Q&A after the 8:20PM show on Thursday, January 15.