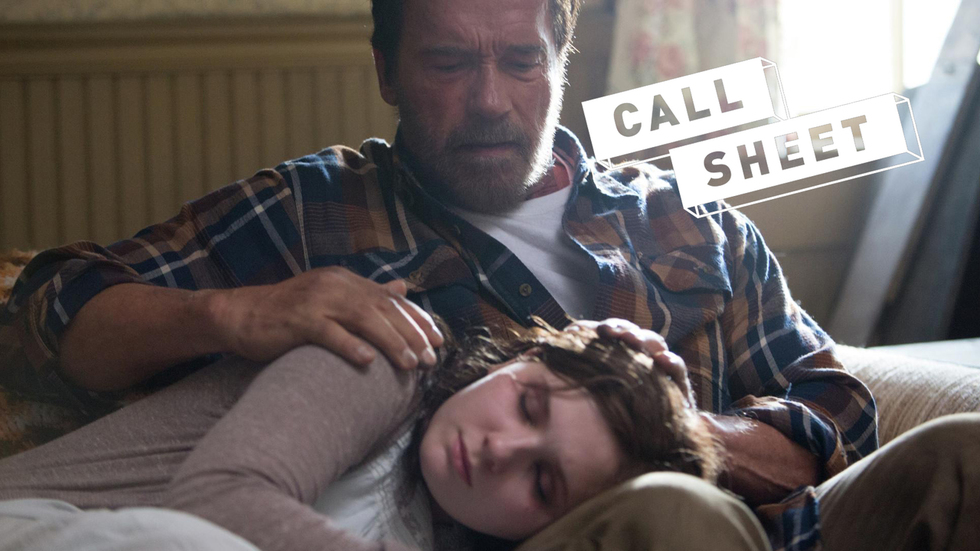 Gearing Up for TFI Interactive
What you need to know: Indiewire has the lowdown on the key innovators who will be participating in the Tribeca Film Institute's fourth annual TFI Interactive (TFIi), an inspiring, all-day assembly of bright, cutting-edge media storytellers and digital artists who will be offering various talks and presentations that dazzlingly blend the entertaining with the educational.
Tribeca says: Interested in a future of storytelling free of conventions and boundaries? Click here to sign up for TFI membership and join us on Saturday, April 18th, at Spring Studios, during the 2015 Tribeca Film Festival!

Arnold Schwarzenegger and Abigail Breslin Stave Off Zombie Oubtreak
What you need to know: Any film co-starring The Terminator and Little Miss Sunshine as, respectively, a protective, small-town father and his zombie-infected daughter is bound to garner some odd attention, but buzz is good on Henry Hobson's dark drama Maggie, which will be making its World Premiere at this year's Festival and whose tense, thrilling trailer you can watch above.
Tribeca says: A troubled, teary-eyed, paternalistic Schwarzenegger? Yeah, we'll take it... and so should you!

Tribeca Film Festival Offers Free Fun For the Whole Family
What you need to know: The ever-dependable Time Out Kids site already has an awesome breakdown of the exciting family events that Tribeca is offering during the Festival, from the fun-filled, blocks-long Tribeca Street Fair and the adjacent Tribeca/ESPN Sports Day (both on Saturday, April 25th) to drive-in/outdoor screenings of the new Ford Mustang documentary A Faster Horse (Saturday, April 18th) and go-to classics like Clue (Thursday, April 16th) and Lady and the Tramp (Friday, April 17th).
Tribeca says: A free New York event this appealing and family-appropriate is less common than a Sasquatch sighting. How can you not attend? Thank You For Playing's Television Future
What you need to know: The TV rights for Thank You For Playing, David Osit's and Malika Zouhali-Worrall's feature documentary about video game developer Ryan Green's personal and professional mission to create an adventure game based on his experiences raising his terminally ill son, have been picked up by PBS' doc branch POV. The film will air sometime during the 2016-2017 season but you can catch it at the Festival from April 17th to the 23rd. Green will also be participating in a related TFIi's talk entitled "Why a Game?" with his co-creator Josh Larson. And on April 18th, Green's game That Dragon, Cancer will be available to play at TFIi's Interactive Playground.
Tribeca says: Why wait even a second to see a film this rich, rousing, and riveting? Start planning now.