The "Now You See Me" star has gone from unsure to cocky in the span of his young career. Where do his roles rank on the self-confidence scale? 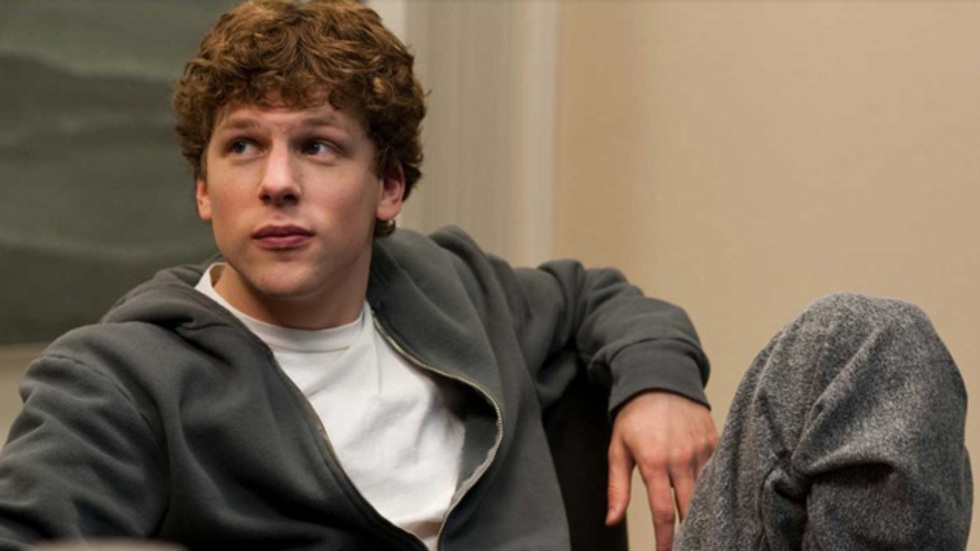 Once upon a time, Jesse Eisenberg used to be one of our most quintessentially unsure teenage archetypes. The very picture of gawky teenage reticence. Cut to 2013 and he's strutting around a Las Vegas stage and throwing handcuffs onto cops just because he can. Suddenly, "cocky" is the Eisenberg watchword. So we decided to track his best-known characters and map them on a scale from least- to most-confident. Which Eisenberg are you getting?

11. Roger Dodger: Eisenberg's breakthrough film set something of a template for him, where he would play an awkward youth (in this case a high-schooler) taking lessons on his love life from an older, more experienced man. Seriously, check out how many more roles on this list fit that mold. Roger Dodger is the quintessential lack-of-confidence part for Eisenberg, but hey, if you were tasked with smooth-talking Jennifer Beals and Elizabeth Berkley out of nowhere, you might be super nervous too.

10. Rio: Eisenberg voices Blu, a macaw used to the cushy life of a house pet, suddenly thrust into the wilds of Rio de Janeiro. The degree to which Blue is incapable of handling anything earns him his low placement here.

9. 30 Minutes or Less: This one's a tough call. As a pot-smoking, slacker pizza-delivery guy, Eisenberg seems to possess the low-stakes confidence that most burnout losers possess. But once he's strapped to a bomb and tasked with robbing a bank, all those insecurities come to the fore. And since that part is the bulk of the movie, this ranks pretty low on the self-confidence scale.

8. The Village: Jesse played a small role in M. Night Shyamalan's true story of the macabre history of Colonial Williamsburg, but that role was almost entirely featured in one scene, where Eisenberg stood atop a tree stump, arms-outstretched, daring the creatures of the woods to come and get him. He's scared crap-less the entire time, sure, but he got up there and did it, didn't he?

7. Solitary Man: Taken under Michael Douglas's wing in order to learn the ways of romance (see?), Eisenberg ends up being decidedly the more mature one of the both of them, though it does seem that Douglas teaches him to be more self-confident as the movie goes along. So Eisenberg ends up being a pretty balanced guy when it's all said and done.

6. The Squid and the Whale: Eisenberg's second signature role saw him navigating the rough waters of Noah Baumbach's adolescence, which combined the very Eisenbergian awkwardness that had come to define Jesse's early career with the academic elitism which had come to define much of Baumbach's. Split the difference.

5. Adventureland: Another film where Eisenberg gets taught love lessons from an older guy (Ryan Reynolds, in this case), but part of why Adventureland is a great movie is the fact that Eisenberg's character navigates his way from awkward to confident to too confident (dating Lisa P. to make Kristen Stewart jealous), making this kind of a transition role for him.

4. To Rome With Love: It's surprising to see a Woody Allen role placed so relatively high on a list of self-confident characters. But there's always been something deceptive about the self-loathing in Allen's movies, as his characters ultimately make incredibly callous, self-obsessed decisions that display something closer to arrogance. Enter Eisenberg brazenly cheating on Greta Gerwig with Ellen Page, all under the tutelage of kind-of-a-ghost Alec Baldwin (the pattern continues!).

3. Zombieland: Sure, no one can be all that self-confident when running for one's life from zombies. But Eisenberg had officially grown out of his awkward stage by the time he reached this movie. While still plagued by the usual boy-meets-girl concerns, his character's clear-eyed view of the rules of survival in Zombieland are those of a character who is too busy running to have self-doubt.

2. Now You See Me: And here we arrive at this new strata of role types for Jesse Eisenberg, where his fierce intelligence transcends teenage liability and becomes a source of supreme arrogance. Really, Eisenberg's career arc -- character-wise, at least -- is the closest thing we've got to a comic-book villain's origin story. I was tempted to rank this #1, simply because the degree of arrogance on display in that scene where his illusionist/thief is being interrogated by Mark Ruffalo is off the charts. But this movie is too new, I think, to feel fully confident placing it at the top. Besides, without our #1 movie, I doubt Eisenberg would be getting any kind of cocky-bastard roles at all.

1. The Social Network: Yeah, this one's the supreme. The apex of Eisenberg's on-screen confidence. Or cockiness. Or arrogance. Or Asperger's. I guess it depends on who you ask. But however you slice it, the Mark Zuckerberg of David Fincher and Aaron Sorkin's vision is frighteningly, maddeningly, perhaps even tragically self-confident, and that arrogance may well be the new template of Eisenberg's on-screen type now.

Previously: Is This the End of Movie Trailers As We Know Them?