Innovations In Screenwriting: A Conversation With Jeremy Saulnier

The helmer of one of the year's most well-written thrillers gets deep into discussing his craft. 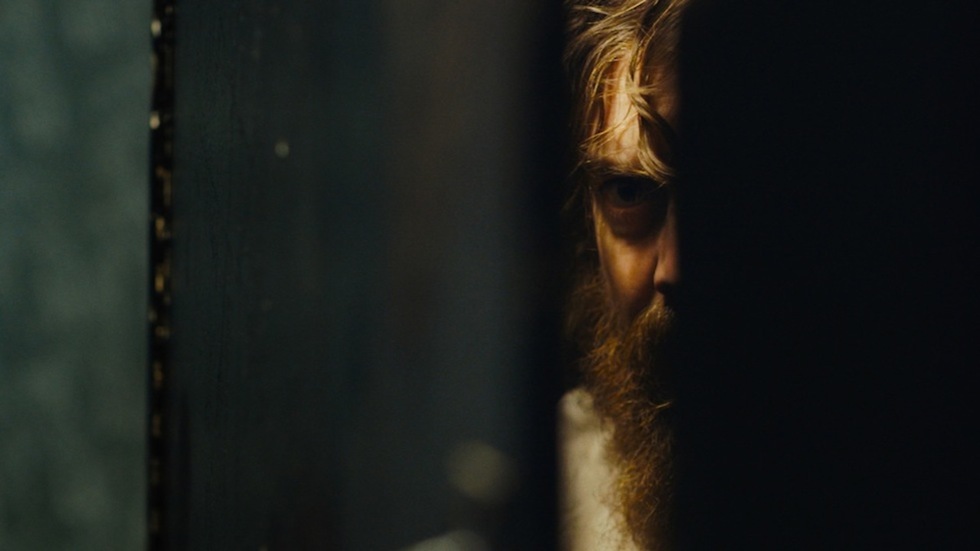 One of the most lauded micro-budget American indies in recent years, Jeremy Saulnier's sophomore feature Blue Ruin had its film festival debut at none other than the Cannes Film Festival in 2013. It hit theaters this summer and wowed critics with its taut, terse storytelling (present company included). Extremely detail-oriented and clever in the manner by which it presents an escalating series of cause-and-effect causalities, the film elevates the typical thriller genre film to an usually thoughtful level.

The plot is simple enough: Dwight (Macon Blair), a homeless man, learns early on that a man who did harm to Dwight's family is about to be released from prison. Stunned into planning and action for the first time in what must be years, Dwight suddenly begins cleaning his act up as he sets out to settle a very old, very personal score. Dwight's vengeance isn't the only thing that propels the film's narrative, however - a fact that is discussed at the end of my interview with Saulnier.

NOTE: The final question in this interview reveals a spoiler - albeit one that occurs in the first act of the film. If you haven't seen the film yet and want to be completely fresh, only read through the penultimate exchange.

Tribeca Film: There are some wonderfully clever obstacles that you threw into the film, they really lent to a strong level of realism. Like the trigger lock scene - you never see a trigger lock in a movie! How did you go about inserting obstacles into the story?

Jeremy Saulnier: That part of the process was relatively easy in that I was really trying to approach the revenge scenario from a grounded level. I would just sit in my office and think, okay, we all know what would happen in a movie - something smart would happen, or convenient for the narrative that doesn't waste the audience's time. I thought, no, let me waste their time - let's explore these things. I found that so many things are just too easy in a movie. I wanted to bog the protagonist down in the process of trying to fulfill a revenge fantasy. One part of that was a gun. In a movie, you just go to the alley or call your buddy in the underworld and you buy one. What if you don't have the cash to buy one or the contacts? I was trying to think of little roadblocks - not just for the sake of having roadblocks, but because it's so hard to do even the smallest thing in my everyday life - why's it so easy for people to do these giant things in an hour and a half in a movie? So there's a detour plot, because he's hell-bent on revenge, but he spends a lot of time trying to get a weapon. So I wanted to throw a wrench in there where he finally gets a gun - and there's a trigger lock he can't get off.

I wanted to bog the protagonist down in the process of trying to fulfill a revenge fantasy.

Tribeca Film: It's interesting hearing you talk about wanting to make the film realistic. I found the method really effective - it sold me on the film's authenticity, because the truth is, I knew that you didn't have to have that trigger lock scene in there. So the film looked like it was bending over backwards to create realism. You kind of sold me on a suspension of disbelief.

JS: Exactly. You know, in the script stage I had a lot of feedback from collaborators, people saying, you have to cut this gun stuff out, cut to the prison, get to the story. But I had to indulge myself. You do second-guess yourself a bit because on the page it's one thing, but then you think about scheduling it, shooting a night exterior, but in sequence I felt it did pay off and made the world a bit more familiar. I think it made the story more plausible.

Tribeca Film: The idea of being able to spend ten minutes on that is interesting. I wonder if part of what you're talking about is the scope of a feature film - because the story of Blue Ruin is relatively simple, you can afford to spend ten minutes on that detour, you don't have a ton of narrative events to motor through. The film's more like a short story than a novel. Do you feel like the trap you want to avoid is how, so often, films do seem to bite off more story than they can handle?

JS: Absolutely. You can always tell when a bloated studio feature has crammed in too much story - you feel the presence of tons of writers on the thing, it's just a mess. More story is not more important to me. If you cram it all in you have to rely a lot on exposition or voice-over, to shove it down the audience's throat. For me, filmmaking is more of a visual medium, it's not so verbal. For me, story can be about minute procedures, seeing someone going through a journey, that's more interesting to me than having a bunch of forced narrative twists or third-act reversals - I can see those coming a mile away.

I was so struck when I saw There Will Be Blood the first time, in 2007. I had just made a very dialogue-driven movie, and the opening sequence of There Will Be Blood is just a man in a ditch for six minutes. I was intrigued by how cinematic it was. I think it subconsciously influenced me for Blue Ruin. I loved watching someone doing something, and we get a window into their life, that is their story. I like to indulge the filmmaking that way. The easiest way to indulge this kind of storytelling was making a revenge movie - you don't need to spend a lot of time explaining why someone might need propulsion toward the goal of revenge. I then deprived the audience of the exposition they're used to in the context of the story, there's no pandering to the audience, no characters talking directly about the story, I just wanted the characters to talk amongst themselves and let the audience observe. I wanted the story to just stay grounded.

For me, filmmaking is more of a visual medium, it's not so verbal.

Tribeca Film: Nothing takes me out of a film faster than watching a film where verbal exposition sets the narrative up. It's so contrived and frustrating.

JS: I think it's driven by fear-based filmmaking. People are so terrified the audience won't get it, so they have to dumb it down. I get it - I mean, trailers should be dumbed down, marketing should be dumbed down - but the films can be smarter. They can be just as enjoyable without pandering to the audiences. Blue Ruin is not a four-quadrant movie by any stretch, but it got an enthusiastic response because it was in a genre space but it didn't fall into the trappings of what genre fare usually does - movies where every character has their moment to get the audience to sign on. I wanted the story to be the guide. When the audience can be guided through the story and appreciate the fact that they're trusted to figure it out, that's the place I wanted to get to. And I think it's okay to risk losing the small percentage of people that need everything spelled out. Sometimes people ask me what happened in a certain part of the film, and I ask them, what do you think? And usually, what they thought was the case was correct. They're just so used to having everything spelled out.

Tribeca Film: I was also really impressed that the big revenge murder occurs so early in the film. In any other telling of the story, it would have come at the very end. Can you talk a bit about what led you to make that choice?

JS: I wanted to do it early on in the script, I wanted it to be abrupt and disconcerting. You're used to learning more and then rooting for the death of the antagonist in the revenge scenario. By depriving people of the information, they weren't rooting for the death - they had to witness it as the depraved act of violence as it was. I wanted to challenge myself, I wanted Dwight to have to earn the audience's favor back over the course of the film. Also, I was interested in exploring the aftermath of the typical revenge scenario. Usually the bad guy dies and the credits roll, but the real story is, what happens after that? It's easy to take a life, but the real story is what happens afterward - that's when the real cost is weighed.