The director opens up about his latest, internet-centric film. 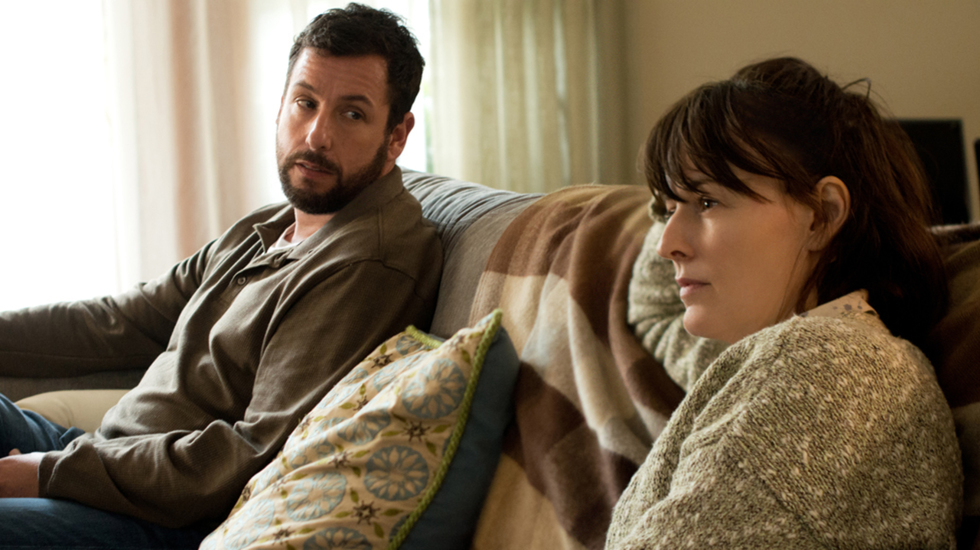 Jason Reitman has quickly risen into a select group of A-list Hollywood directors, all with remarkable speed. After enormous comedic successes like Thank You For Smoking and Juno, Reitman moved into a more dramatic register with Up In The Air, his perfectly-timed recession drama. Reitman is back with Men, Women & Children, another timely and dramatic look at a topic that seems to be up for discussion in all corners of media today - the internet, contemporary technology, and how new forms of digital communication are affecting the way people - both old and young - socialize, date, and relate to one another.

An ensemble film with a sprawling cast of twelve main characters, the film features turns from such stellar performers as Adam Sandler, Jennifer Garner, Rosemarie DeWitt and Judy Greer, and also provides plenty of spotlight for rising stars like Ansel Elgort and Kaitlyn Dever. The film's narrative web, which encircles the various residents of a Texas community - parents and children - as they date, cheat, fall in and out of love, connect and isolate, provides for, among other elements, the opportunity for Reitman to engage in some of the most dramatic and innovative methods of displaying computer content onscreen that anyone has done as of late. I had the chance to speak with him about his methodology by phone recently.

Tribeca Film: What initially attracted you to the project, the source material?

Jason Reitman: This is always such a tricky question to answer, because I probably won't really know the answer to that for another decade. If I had to take an early guess, it was the honesty in the relationships. The access to all these private moments, these really cold, clear-cut looks at human intimacy. What brings people together and what pulls them apart, and how it was framed in a modern world where we look deeper into the internet as an access point for our curiosity and desire.

Tribeca Film: Panoramic snapshots of a world are always so intriguing. As a storyteller, how did you approach telling this ensemble story? How did you find your structure?

Jason Reitman: The novel gave us such a good layout that we didn't have to rethink it. The trickiest part was paring down the storylines into sizable scenes that could be mended together and still give an overall story. With twelve characters, each character only really gets five or six scenes to tell their entire story. It was a process of subtraction.

Tribeca Film: Did you conceive of the story with any central protagonist in mind?

Jason Reitman: I did not think of the film as having a main character. As we wrote it we were keeping track of everyone, and no one was more important than anyone else. In editing the film, there was this thing about the film that made you want to lean in to the characters played by Ansel Elgort and Kaitlyn Dever. They represented an innocence, a reminder of young love, as a contrast to these other characters who were lost, wandering. But in the writing process, the approach was to keep everyone pretty even and give almost the perspective of Voyager, looking back at Earth with an non-judgmental, cold gaze.

Tribeca Film: Were those Voyager inserts in the novel? If not, how'd you come across that idea?

Jason Reitman: The novel speaks about Pale Blue Dot, which is a fascination of one of the characters. One of my producers sent me a link to a Radiolab piece about the creation of the golden record, curated by Carl and Andrea Sagan, and as I learned about Voyager, I thought it would be great to open the story with the frame of humanity's desperate attempt to make contact with an alien species, which we don't even know exists. So quickly I thought that could be the framing device.

Tribeca Film: The film has some very original approaches to how it represents characters interacting with technology onscreen. How did you conceptualize that work?

Jason Reitman: Well, when you're approaching a movie where half the scenes are between a character and a device rather than a character and another character, you have to come up with a way to portray that interaction without cutting to the screen all the time. Eventually it occurred to me that if we thought of the film screen as a computer desktop, and all the windows and tabs could float and move, there would be a way to always be looking at a character and be seeing what they were looking at, simultaneously. The tricky part was, we had to storyboard every shot pre-realizing where everything would be in the frame. So when we shot we had to create negative space around the actors to insert all those graphics. Then you have to figure out how it cuts. You know, as a filmmaker, you spend your life learning how to mend shots together so that you can cut between them without it being jarring. This approach throws a whole new element into the mix, when you have to track both the character's facial expressions and also track the floating iconography.

Tribeca Film: The scene where the characters are all moving down the school hallway, everyone on their phone, all of their phone graphics made visible, is so striking in a way that images of people using cell phones rarely are. Can you speak about how you approached that scene?

Jason Reitman: Well you know, when you have a shot of a bunch of people walking down a hallway and they're all on their phones, it can appear as if they're all walking together. But when you see what they're all looking at you realize no one is in the moment, no one is really there with each other. They might as well not be in the hallway. We approached the virtual world as a real location. Facebook is a location as much as a school hallway is a location. We spent as much time and effort building the internet as a location as we did with any physical space. It's a place we go to.

Tribeca Film: What was the process like of drawing distinctions between the virtual and physical environments? There's a beautiful scene where Ansel and Kaitlyn's characters go cuddle in a gorgeous rock quarry, a very striking physical space. The counterpoint there is quite strong.

Jason Reitman: There's certainly a point of view in the film that sometimes we have to look up from our screens and recognize the world around us. There's something charming about Ansel and Kaitlyn's characters falling in love in an old-fashioned way, experiencing a moment of real physical intimacy, as opposed to the boy who's watched so much pornography he can't get an erection anymore.

There's certainly a point of view in the film that sometimes we have to look up from our screens and recognize the world around us.

Tribeca Film: To switch gears, I wanted to ask you about working with Adam Sandler. It's always so interesting when he makes a film that's outside of his usual realm of work, as this is. What was it like, creating his character with him? He did such a superb job.

Jason Reitman: He is a great actor, comedian, and a lovely guy. We got to know each other a few years ago and started talking about doing a movie together. We realized we had very similar sensibilities. He came to mind immediately as this character. It's a tricky role and he was apprehensive at first, and the more we talked about it the more he built a confidence that he knew exactly how to do this. By the time he got to set he was absolutely perfect. He brought the accessibility that he has to some very tricky scenes. Trickiest being his closest scene. It was a joy to work with him.

Tribeca Film: What's your process with actors like? Do you rehearse?

Jason Reitman: I just try to get to know them as people. I try to identify the connective tissue between them and the characters. I try to create a sense of trust so that they feel like they can be vulnerable with me on set. I don't do a lot of rehearsal, it's not about nailing a line, for me it's about, how do you connect with this character, in a real, honest way? Every once in a while you need to hit a specific beat, but mostly it's about the honesty the actor brings.

Men, Women & Children is now playing in NYC and will expand to select cities this weekend.