Home » Tribeca News » Interview: Biyi Bandele Talks About Bringing 'Half of a Yellow Sun' to the Screen
View All News

Interview: Biyi Bandele Talks About Bringing 'Half of a Yellow Sun' to the Screen

"I just had no interest in making another film with an African servant." Director Biyi Bandele talks about bringing Chimamanda Ngozi Adichi's acclaimed novel to the screen. 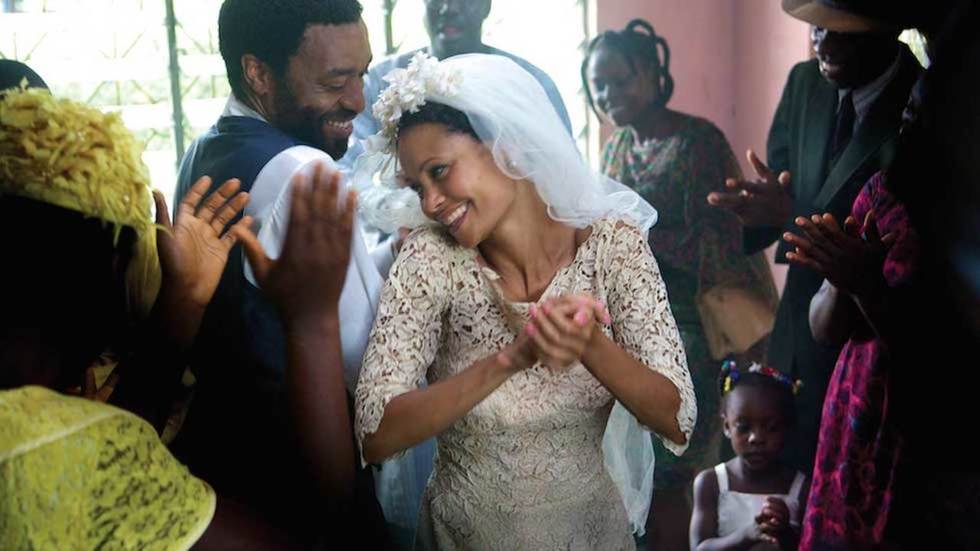 It’s taken six years for the director and his team to bring Half of a Yellow Sun to the big international screen. This is Bandele’s adaptation of the award-winning novel by Chimamanda Ngozi Adichi, which some might describe as the Gone With the Wind of Nigeria: a story of love and family and politics playing out over the protracted, brutal and complex era of the Biafran war in late 1960s Nigeria. Bandele’s gorgeous, turbulent film has recreated 1960-70 Nigeria with alluring retro style—think American Hustle meets The Unbearable Lightness of Being…set in Nigeria. (Maybe.) Bandele has fiddled with the novel because to adhere to the book’s structure, Bandele has said would result in “the kind arthouse picture that I watched when I was 15 and fall asleep in now.”

He has also faced a rollercoaster of political press—in Nigeria, the film has been postponed indefinitely out of governmental fear that it will provoke violence, a censorial action that Ngozi Adichie addressed in a New Yorker blog as “More disappointing than surprising, because it is part of a larger Nigerian political culture that is steeped in denial, in looking away.”

We talked to Bandele about the years he tried to bring another great Nigerian book to the big screen (to realize he had no chance), African women in film and how one can use colored markers to wrestle a novel into film form—an unnatural transition if you ask him. The film, starring Chiwetel Ejiofor, Thandie Newton and Anika Noni Rose, premieres tonight in NYC and in LA after Noni Rose dazzled on the red carpet at the African Film Festival at Lincoln Center last week.

Tribeca: You’ve said before that the novel form and the feature film aren’t good bedfellows.

Biyi Bandele: Right, they are almost mutually exclusive…film is closer to the form of the short story and I think the novel as a form is closer in structure to a TV mini series. I always find it quite strange when people who watch a film that’s adapted from a novel seem to expect something quite literal. When you adapt a book, a novel to film, you essentially have to distill it to its essence. At least that’s what I did with Half of a Yellow Sun.

Tribeca: Is it an anguishing process?

BB: It’s a technical process. It’s a technical challenge. You have to remember that if you give the same book to ten different writers and directors you’re going to get ten radically different interpretations. I did what I thought works really well.

No one was saying to me, we need a new draft. I was the director, I just was getting it.

Tribeca: You’ve adapted a few books; is there a strategy you use?

BB: I get all these markers, different colors, I just completely trash the book. Each character I’m going to feature has a different color coding. I underline passages or dialogue that I like and I do that a few times before I start writing anything. When I write screenplays from scratch, I first write as though I’m writing prose, a short story and then adapt the format. I just reverse that when I’m adapting a book.

I challenge anyone to name a single African film that has women like Kainene and Olanna.

Tribeca: How long does the writing take?

BB: We were in development for nearly six years and I just kept rewriting. I would write a draft that I and the producers were happy with and I would completely run out of ideas and then six months later, I would think, god, I can do this. Write a new draft, completely run out of ideas and think that’s it, that’s it. Then, seven months later, think of things I can improve. Right through the shooting, I kept writing. Once the script was embodied by actors, I began to see the characters differently and I began to rewrite. Every single night of shooting, I’d go back to the hotel room, sit with my Mac laptop and rewrite.

No one was saying to me, we need a new draft. I was the director, I just was getting it.

Tribeca: In the shooting, did anything that you’d written have surprise twists you couldn’t have written into the script?

BB: We didn’t improvise. There are scenes, which in the script look like small scenes but I knew when I was writing were big scenes. For the producers that was surprising. The riot scene, after the violence at the airport…that looked like nothing on paper. But it was actually a big scene when we shot it. On paper, it looked like it wouldn’t take long but it took many days.

I just had no interest making another film with an African servant.

Tribeca: You’ve shown the movie through the sisters, Olanna and Kainene’s eyes, rather than Ugwu who narrates a large portion of the book. Why?

BB: I challenge anyone to name a single African film that has women like Kainene and Olanna. They are three-dimensional; they are educated, complex and have flaws. In many movies about Africa, you find that there’s a central character and it tends to be a white guy or a white woman and then the African character is a servant. African characters are never three dimensional, they are either too good to be true or they are like cartoon villains. Seriously. From The African Queen to Last King of Scotland, I like those movies. I just had no interest making another film about an African servant.

Tribeca: You met Ngozi Adichie after several years trying to adapt Chinua Achebe’s book of short stories Girls at War, is that correct?

BB: I was thinking about this: I spent more than four years trying to adapt Girls at War—I did the first draft around 1998 and then the last draft around 2004. Over that time, I wrote a novel and did other stuff. We just didn’t get any traction with it—it was like we were just presenting comedy to people. They would laugh us out of the offices...they didn’t take it seriously at all. I was very naïve at the time, I was very earnest. Later, I realized we had no chance.

Half of a Yellow Sun is now playing in New York.