The Verge EIC hosted a timely discussion with film directors and representatives from Sony and Naughty Dog. 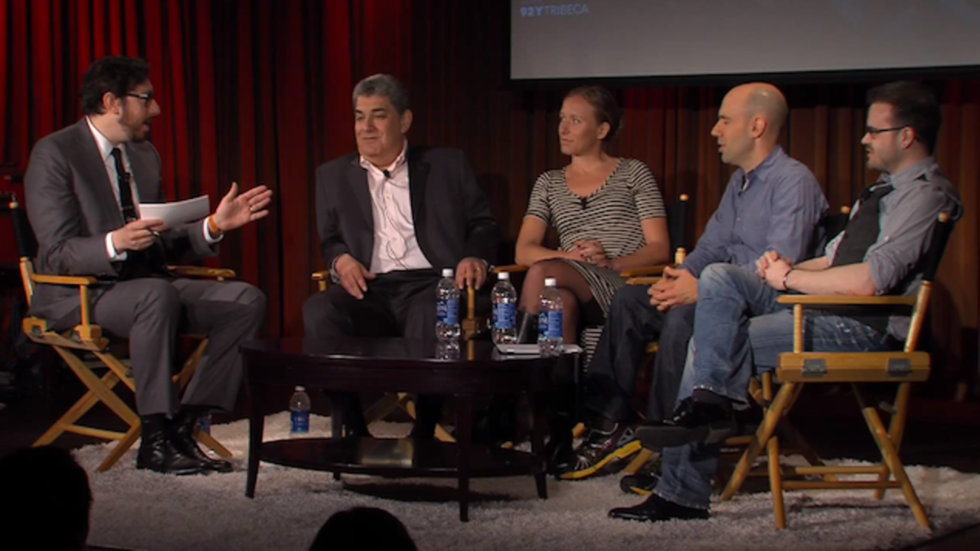 Joshua Topolsky (Editor in Chief, The Verge) hosted Alec Shapiro (President, Sony Professional Solutions of America), director/cinematographer Christina Voros, Josh Scherr (Naughty Dog) and Michael Cioni (Light Iron) at 92YTribeca to discuss how new technology has shaped the aesthetics of modern film. Here's the full discussion and selected highlights from the panel, which took place on April 22nd as part of Tribeca's Future of Film Live series, and was sponsored by Sony.

On how craving the next big thing affects filmmaking:

On defending 3D as an artistic medium:

On how technology makes it easy to shoot a film without thinking about it enough first:

On using 3D to tell the right story:

This Future of Film Live was filmed before a live audience on April 24th, 2013 at 92YTribeca during the Tribeca Film Festival. Watch clips from the entire series here.