Five Reasons You Should Watch 'Jawbreaker' for April Fool's Day

On this day of pranks, remembering one of cinema's most notorious ones. 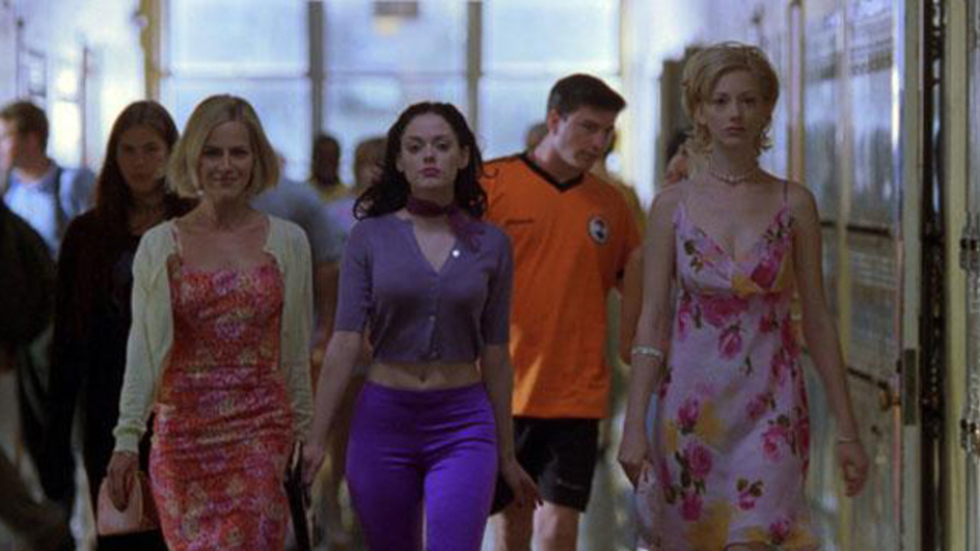 We really don't have too many occasions to remember Jawbreaker, the 1999 candy-colored, black-hearted high-school comedy about a clique of popular girls who end up accidentally (?) doing their best friend in as part of a birthday prank gone terribly wrong. The film was kind of swallowed up by the less murky teen comedies in 1999, but for a select few, it remains a worthwhile text, if only as a footnote to Heathers, which it was very consciously using as inspiration. And on April Fool's Day? When everybody's busy pranking each other without a thought to the consequences? Why it's practically a cautionary tale.

By the way, Jawbreaker director Darren Stein will once again delve into the tumultuous realm of high school cliques and vicious friendship politics with his latest film, G.B.F., screening in the Spotlight program at the 2013 Tribeca Film Festival. No better time to get acquainted with Stein's most notable work, then!

Five Reasons To Watch Jawbreaker Again (Or For The First Time)

1) It's at the Crossroads of Cruelty and Camp
Jawbreaker isn't exactly a horror movie, but its casual disregard for life and death brush it right up against horror in a lot of places. The camp is pretty self-explanatory, with the over-the-top pink fashions and exaggerated, bored cadence of the popular girls sounding more and more like jaded drag queens. Plus, any movie that drops a line like, "Some of the sweetest candies are sour as death inside" has earned its campy bona fides.

2) Rose McGowan At Her Absolute Peak
She cut her teeth on The Doom Generation and stole scenes in Scream, but Jawbreaker was McGowan's time to shine, and she recognized that. Every single line-reading was a thing of Bette Davis-aspiring beauty, and with any justice, it's a performance that will only grow in esteem over the course of time.

3) The Intersection of Grier and Greer
Long before Arrested Development and long after Foxy Brown, two actresses with homophonic names met in the middle. Judy Greer was essentially an unknown in 1999 when she took the featured role of mousy Fern, who stumbles upon murderous secrets and then leverages those secrets into nightmare teen popularity. Even this early in her career, Greer's odd onscreen demeanor served her well. She couldn't have been more different from Pam Grier, who is basically laying down an extended cameo as a take-no-shit police detective. She lends the film some camp AND credibility.

4) Marilyn Manson Stops By
At the time, McGowan was probably just as known for dating the attention-grabbing goth metal star, so fond of shocking the unshockable MTV audiences with leather and blasphemy and pale, pale butt cheeks. That Manson would make a cameo, out of character, as a scummy barfly, is no surprise. But his presence makes Jawbreaker quite the invaluable time capsule. Three years removed in either direction and you'd have had some other temporarily notorious musician in the role.

5) Very Possibly the World's Greatest Hallway Strut
Much credit to Imperial Teen's music cue on this one. Drink it in. And rent Jawbreaker, seriously.