Check Out The Filmmakers Making Streaming Series in 2015/2016

Baz Luhrmann, Woody Allen and the Wachowskis, oh my! 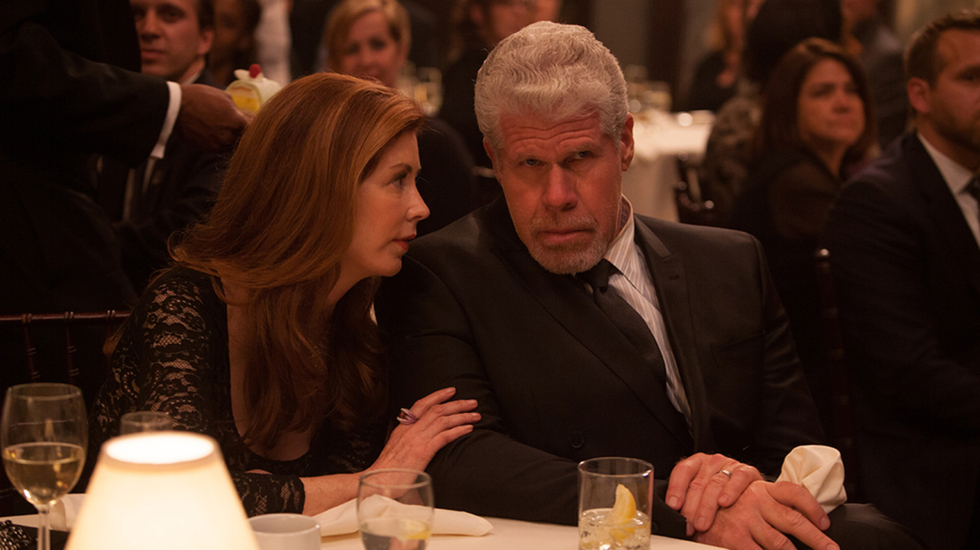 The future of big screen storytelling is here and it’s streaming. This is not exactly surprising news. While successful filmmakers like Martin Scorsese (Boardwalk Empire) and Mark and Jay Duplass (Togetherness) who have had success with television projects are no longer outliers, it’s growing more and more common that cinema auteurs are abandoning their comfort zones to expand their artistry and hone their storytelling craft through the relatively new format of streaming episodic content. With all the episodes made available simultaneously, audiences are able to enjoy these projects in their entirety—mimicking the theatrical experience of taking in a film in one sitting.

David Fincher, with his reimaging of House of Cards on Netflix (Season 3 will be available starting February 27), further paved the way for other auteurs like himself to follow suit. To keep you up-to-date, we’ve compiled a guide of notable filmmakers making the shift to these streaming platforms in 2015 and 2016.

It was announced earlier this year that the controversial yet undeniably skilled auteur Woody Allen would be teaming up with Amazon to write and direct his first streaming series. While Allen, in his characteristically quirky way,  said in a statement that “I have no ideas, and I’m not sure where to begin,” he could easily do either a drama or a comedy with his select company of actors for his first full season of half-hour shows. Production will likely start on the series later this year, but whatever Allen comes up with won’t debut on Amazon Instant until 2016.

Coming right off of the blockbuster World War Z, Marc Forster (Monster’s Ball, Finding Neverland) headed to Amazon Instant to direct the pilot (and no doubt subsequent episodes) for Hand of God and no doubt subsequent episodes. Starring Ron Perlman, Dana Delaney and Garret Dillahunt, the gritty series created by Burn Notice’s Ben Watkins follows an unstable judge who suffers a nervous breakdown as he vows to exact revenge on the rapist he blames for destroying his family. No doubt Forster will bring his trademark flare to the ambitious series, which will also feature communications that the judge believes to come from God through his ventilator-dependent son.

Baz Luhrmann
The Get Down
Netflix

After being in the works for nearly a decade, Baz Luhrmann (along with The Shield creator Shawn Ryan) has found a home for his passion project on Netflix. Set to debut in 2016, the series will follow a group of street-savvy teenagers in the South Bronx during the 1970s as the cultures of hip-hop and punk collide with new forms of music against a backdrop of violence, crime and other political/ social issues of the era. With his signature theatrics and lavish style, Luhrmann should only flourish on a streaming service like Netflix, which gives its creators complete artistic control.

Already familiar to TFF audiences through Elite Squad (TFF 2008) and Garapa (TFF 2009), Jose Padilha is at the helm for a 10-epsiode Netflix series that will chronicle the exploits of Pablo Escobar and the Medellin Cartel and the incredible bravery of Javier Pena, the DEA agent who helped bring Escobar to justice. Starring Wagner Moura, Boyd Holbrook, and Game of Thrones star Pedro Pascal, the series, set to debut this year, was shot on-location in Columbia.

Though Steven Soderbergh partnered with Showtime for his critically acclaimed series, The Knick, he also will also serve as Executive Producer for Red Oaks, a coming of age comedy set in 1985 for Amazon. Known in the television world for Eastbound & Down on HBO, David Gordon Green was the perfect choice to not only to serve as another Executive Producer, but also to direct the pilot that follows a college student (Craig Roberts) over the course of summer as he works at a country club and reevaluates his life after his father’s heart attack. With stars like Jennifer Grey, Paul Reiser and Richard Kind, these two indie film/TV vets are the perfect match to strike the right tone for this quirky 80s throwback.

Co-creating with J. Michael Straczynski, the Wachowskis have been working with Netflix for since 2013 on the sci-fi series, Sense8. Starring Naveen Andrews, Daryl Hannah and Freema Agyeman, the show will follow 8 individuals who suddenly become telepathically linked as they are being hunted by a mysterious organization that wants them in custody or—more likely—dead. Given that the Wachowskis are notorious for being perfectionists and requiring long post-production periods, sci-fi fans and movie/television enthusiasts shouldn’t expect a release date until late 2015 or early 2016.