What Filmmakers Can Learn From The Duplass Brothers

Versatility and innovation are the keys to success. 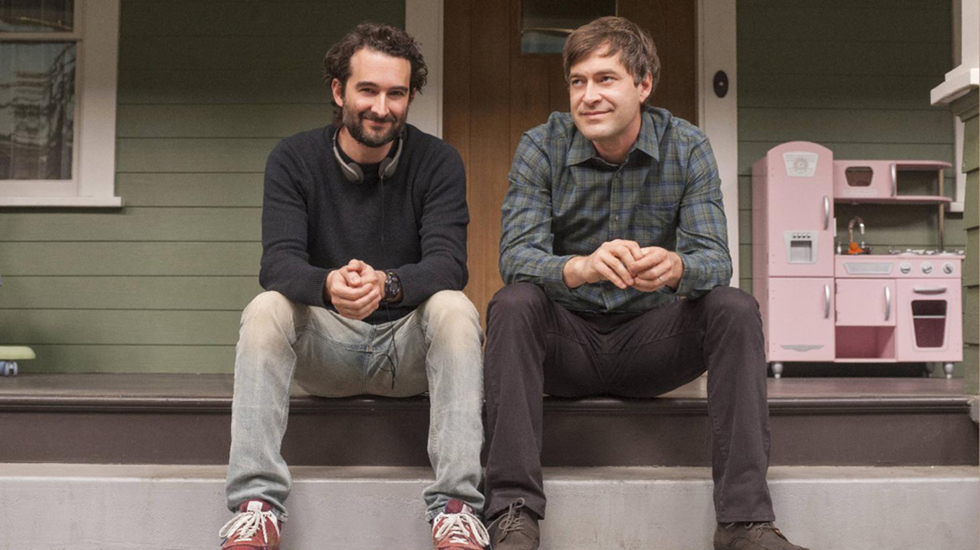 Ever since the premiere of The Puffy Chair at the 2005 Sundance Film Festival, Mark and Jay Duplass have been one of the most prominent filmmaking team on the independent circuit, turning out such acclaimed films as Baghead, Cyrus, and Jeff Who Lives At Home. As if their success as filmmakers were not enough, the Duplass brothers are also exceptional in terms of their seemingly urgent need to embrace new innovations in film distribution and to explore different avenues and outlets for storytelling.

In keeping with their relentless creativity, Mark and Jay Duplass are back in full force at this year’s Sundance Film Festival. The brothers are Executive Producers of a new animated series called Animals which screened its first two episodes yesterday. This independently made and financed TV show about the inner life of NYC-dwelling creatures is the first series to use the Festival as a showcase for potential distributors. In addition to that innovation, the duo shocked Park City over the weekend with the announcement of a 4-picture deal with Netflix.

While few details have been released about the agreement, we felt inspired to explore what aspiring (and even established) filmmakers can take away from the incredibly versatile and innovative career of the Duplass Brothers.

Mark Duplass made headlines at the 2014 Sundance Festival when he candidly told the filmmakers in attendance: “‘I really recommend that you get your goddamn movie on Netflix. It made my career.” As early advocates of the streaming service, the brothers had sold The Puffy Chair, their debut feature, to Netflix for distribution in January 2006. Instead of holding out for a traditional theatrical deal, they took a chance with Netflix and haven’t looked back.

The upshot? Indie filmmakers would do well to follow the Duplass brothers’ lead and give up the elusive dream of a theatrical wide release. The only thing that matters is the audience, and why should they limit the reach of an indie film by making it available in 10 theaters when they can make a deal with Netflix or another streaming service that can reach millions? Even though they are established artists at this point, Mark and Jay Duplass have still elected to go with the 4-picture deal with Netflix instead of running to the studios with their hands out. Oh, and did we mention that their Netflix deal conveniently guarantees them a limited  theatrical release before the films are made available to stream? It’s the best of both worlds.

In addition to their Executive Producer gig on Animals, Mark and Jay Duplass recently created a show called Togetherness for HBO. Starring Melanie Lynskey, Amanda Peet, Steve Zissis and Mark himself, the shows follows four adults—two of whom are married to each other—as they attempt to keep their relationships together while searching for fulfillment on both the career and personal fronts. By stepping out of their independent film comfort zone, the Duplass Brothers have forced themselves to develop characters and narratives in an entirely new forum. The result is exciting, for both them as storytellers and us as their audience.

What can filmmakers learn? If they stick with any one activity or medium for too long, they run the risk of becoming complacent. Both Duplass brothers act and produce projects on their own, but they remain storytellers in whatever medium they work in. Whether through  a television show, a web series, or even a Vine, filmmakers should not be timid about trying new avenues of creativity, and they shouldn’t hesitate to change hats as often as possible.

You Must Be Fearless In Your Versatility

Did you know that in addition to their various and eclectic film and television projects, the Duplass brothers continue to seamlessly move from behind the camera to featured roles in front of the camera. While they have recurring guest roles on The Mindy Project as a pair of holistic doctors, they rarely appear on screen together. Jay is currently on Transparent, the smash hit series on Amazon Instant, and Mark continues to flit between television projects (The League, Togetherness) and indie films like The One I Love (TFF 2014).

The lesson? There is no need for filmmakers to put a cap on their creativity. They should feel free to pursue acting (or any other job they might like) as an additional artistic outlet, and who better to write their parts than themselves?

If you’re an indie filmmaker, it’s vital to engage your audience. Both Mark and Jay Duplass realize the importance of maintaining their Twitter accounts for professional and personal use. Not surprisingly, the Duplass brothers often tweet to their fans, telling them about their latest projects, providing behind the scenes tidbits, re-tweeting fans’ contributions, and sharing their general musings on culture and life in general.

Jay, who tweets often and concisely, has over 18K followers on Twitter. Mark far outshines him in this area, boasting over 200K followers and never missing a chance to RT his celebrity friends and filmmakers.

The heads up? Filmmakers should use succinct messaging and channel their inherent wit to build their own social platforms. Twitter and other forms of social media are invaluable tools that are quickly becoming essential for all artists and creators, let alone filmmakers. No one should pass up the opportunity to engage fans and reach new potential audiences.