Experience the 2013 Festival from the Comfort of Your Home

Not in NYC this April? Not a problem. Our fourth annual Tribeca Online Festival and Tribeca Film on VOD allow you to enjoy TFF from all over the country. 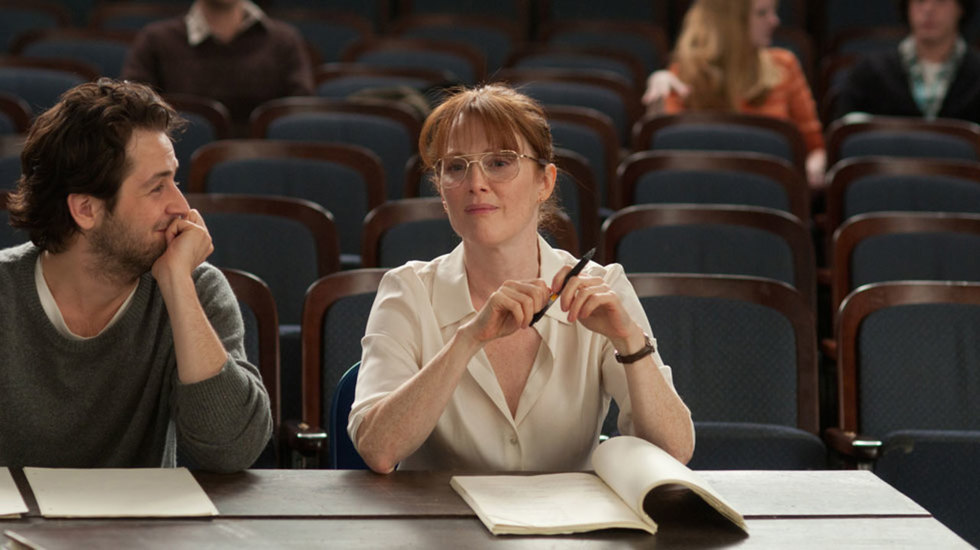 The Tribeca Film Festival (TFF), presented by American Express®, is pleased to announce a wide variety of programming that invites audiences across the country to enjoy the 12th annual Festival. Our lineup and programming for the Tribeca Online Festival and Tribeca Film’s video-on-demand offerings will allow l film lovers everywhere to take part in the TFF  festivities, including our #6SECFILMS Vine Competition.

We're excited about Vine, and we want to explore the possibilities for the new app through our #6SECFILMS Vine Competition, an online-juried competition using the six-second, micro-movie making platform. Filmmakers can submit in one of four categories – #genre, #auteur, #animate and #series – using both the category hashtag and #6SECFILMS. Shortlists in each category will be viewable for the public on April 17. Submissions are now open through midnight on April 7.

Get ready to enjoy the 4th annual Tribeca Online Festival, a digital platform that offers front row access to exclusive Festival content and new storytelling opportunities. As in years past, the Tribeca Online Festival (TOF) will provide free streaming of Festival films. This year, we are pleased to bring you seven great titles—three features and four shorts—which includes Alias Ruby Blade: A Story of Love and Revolution, Lil Bub & Friendz, and Farah Goes Bang (which will be streamed just after their Festival theatrical premieres), and short films RPG OKC, Delicacy, The Exit Room, and A Short Film About Guns. The Tribeca Online Festival will also stream a number of highly anticipated conversations during the Festival as well as the 2013 TFF awards show on Thursday April 25, 2013.

As in years past, Tribeca Film will also release four 2013 TFF selections. Last year, we brought you Booker’s Place: A Mississippi Story, Death of a Superhero, Giant Mechanical Man and Sleepless Night. This year, our Tribeca Film selections are What Richard Did, Greetings from Tim Buckley, Fresh Meat and The English Teacher, all of which will be available on demand nationwide during the Festival window.

These media platforms allow us to make selected TFF 2013 films available in more than 50 million homes in the U.S. and Canada through all major cable video-on-demand providers, as well as iTunes, Amazon Watch Instantly, VUDU, Xbox, Google Play and YouTube.

The full list of feature films streamed on the Tribeca Online Festival is as follows:

Kirsty Sword Gusmão went to Timor-Leste to document injustice in an area closed to Western journalists. Over the next decade, she became the lynchpin that sustained the nation’s harrowing struggle for independence and met the man who would redefine the cause for which she was fighting. Using astonishing footage of the years-long resistance, director Alex Meillier presents a highly personal account of the courage needed to create a new democracy in modern times.

Called “the most famous cat on the Internet,” the wide-eyed perma-kitten Lil Bub is the adorable embodiment of the Web’s fascination with all things cats. Join Lil Bub and her owner on a wild cross-country romp as they meet the Internet’s most famous cat-lebrities. Chock full of adorable kitties, hilarious videos and the dedicated cat enthusiasts who love them, Lil Bub & Friendz is a fun and hip peek behind the memes we know and love. Includes Mike "The Dude" Bridavsky, Ben Lashes, Grumpy Cat, Nyan Cat, Keyboard Cat.

Farah hits the road with her buddies to stump for John Kerry in the 2004 presidential election, hoping the trip will be her opportunity to finally shed her unwanted virginity. She soon finds her efforts on both political and sexual fronts continuously thwarted. Comically balancing that moment’s climate of intolerance with a universal coming-of-age tale, Farah Goes Bang paints a comic portrait of the overdue growing pains of a group of girlfriends and the country itself.

The full list of short films streamed on the Tribeca Online Festival is as follows:

A culinary connoisseur and a chef go on a hunt for a rare animal.

It is 2021, and imprisoned journalist Joseph Michaels faces government execution and contemplates a desperate escape attempt in order to return to his young family.

Four experts on arms trafficking recount first-hand experiences with the black market and how the illegal flow of weapons facilitates loss of life and devastation.

The full list of TFF 2013 films on-demand from Tribeca Film:

Charismatic Richard leads a group of devoted friends through the rituals of their final summer break together: partying on the beach, hazing younger students, hooking up. But the good times will not last forever. When jealousy leads to a senseless act, Richard’s perfect life unravels amid self-doubt, shame, grief and guilt. What Richard Did is a gripping dissection of an action and its consequences, featuring a stellar lead performance by Jack Reynor.  A Tribeca Film release.

“Like father, like son” is a demanding expression for someone who never knew his dad. When young Jeff Buckley (Penn Badgley) is asked to participate in a tribute concert for his late musician father Tim, music opens his eyes to the artistic legacy that he is destined to follow. Imogen Poots co-stars in this quiet and powerful tribute to those legends sustained by admiration, love and, in this case, beautiful music. A Focus World and Tribeca Film release.

After a poorly executed escape from the police, a gang of dysfunctional criminals flees to the suburbs and gets more than it bargained for when it crash lands in the garage of an upper-class Maori family whose refined palates have developed a taste for human flesh. This action-packed horror comedy tells a blood-spattered tale of basement butchery and shifting allegiances as these unlikely adversaries enter a deadly showdown. A Tribeca Film release.

Teacher Linda Sinclair (Julianne Moore) balances her staid home life with an incredible passion for her subject, but her routine is forever altered when a former star pupil and his unsupportive father reenter her life. Go-to television director Craig Zisk, whose credits include Scrubs, Weeds and United States of Tara, takes a turn on the big screen with this insightful comedy about self-discovery co-starring Greg Kinnear, Nathan Lane, Michael Angarano and Lily Collins. A Cinedigm and Tribeca Film release.

Audiences can vote on the best online feature and short, with the winners receiving a total of $16,000 in prize money.

Check out more of the Slate