With 'The World's End,' Edgar Wright is back for another pub-centric tale of silliness and violence among England's pint-swillers. Will he once again pack his movie full of canny musical choices? He's proven so adept at doing so, and we've compiled a mixtape for your listening pleasure. 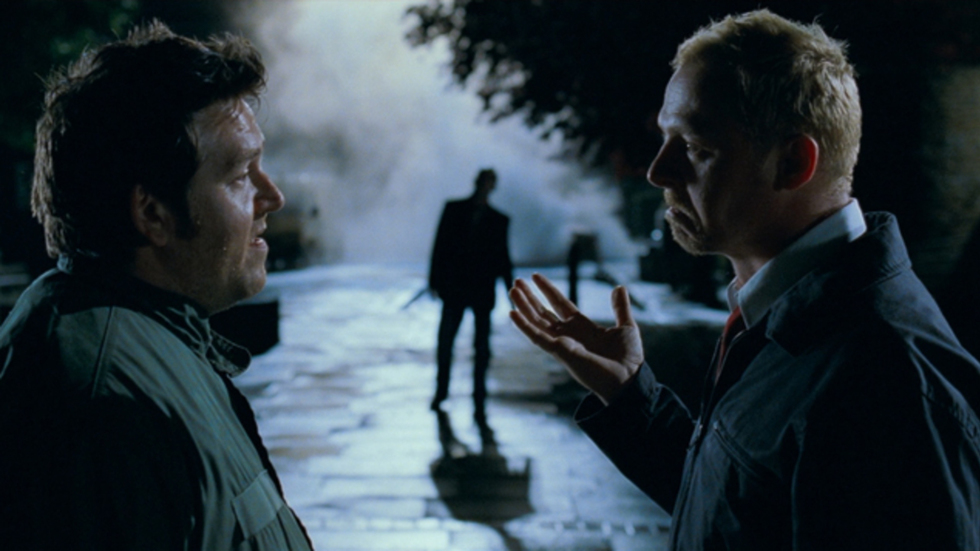 01. "Goody Two Shoes," Adam Ant (from Hot Fuzz)
As energetic and peppy a way as any to kick off this mix of Wright's most prominent film songs, "Goody Two Shoes" helped get Hot Fuzz up and running with a sly little wink towards its lead character's by-the-book stuffiness.

02. "White Lines," Grandmaster Flash (from Shaun of the Dead)
This early hip-hop crossover hit proved how wide its breadth was as it was slurred by two London slackers tumbling out of the pub in the wee hours of the morning. As a bonus, the song goes great with the moaning of zombies.

03. "Black Sheep," Metric (from Scott Pilgrim vs. The World)
When Wright needed a band to stand in for Scott Pilgrim's rock nemeses The Clash at Demonhead, he turned to Metric, who provided this track that manages to be both driving and dreamy at once. The perfect platform for Envy Adams (Brie Larson) and Todd Ingram (Brandon Routh) to stare intensely at Scott and Ramona.

04. "If You Leave Me Now," Chicago (from Shaun of the Dead)
Look, sometimes you just need to have a good weepy sit with an easy-listening classic. And when Shaun (Simon Pegg) needed to cry in his beer over losing his girlfriend, Chicago, as ever, was there for him. Even if Ed (Nick Frost) chalked the song up to a random jukebox play.

05. "Lovefool," The Cardigans (from Hot Fuzz)
Community theater can often be a scary proposition, but a local production of "Romeo & Juliet" can only be improved by an intense focus on the Baz Luhrmann version of the story, complete with a kick-line rendition of The Cardigans' most enduring contribution to that film.

06. "Romeo and Juliet," Dire Straits (from Hot Fuzz)
Of course, you can't have one Romeo & Juliet without another, and Wright knows this, so not ten minutes later, in the aftermath of a truly unfortunate fate for our local thespians, we get a snippet of Dire Straits' elegy to doomed romance.

07. "Don't Stop Me Now," Queen (from Shaun of the Dead)
As our mix reaches its highest point, we get the crown jewel of Wright's soundtrack work. As the action in Shaun of the Dead reaches a tipping point, a jukebox lurches to life, as if spurred by heaven itself, and spits out Queen's "Don't Stop Me Now." What follows is a positively balletic marriage of song and action, with pool cues whacking zombies in time with the beat. YouTube won't allow embedding on this one, because they're jerks, but you can click over and check it out if you like.

08. "Anthem for a 17-Year-Old Girl," Broken Social Scene (from Scott Pilgrim vs. The World)
Along with Metric and also Beck, Broken Social Scene provided key musical support for Wright on this movie. Their prime spot on the soundtrack was held by "Anthem for a 17-Year-Old Girl," a reminder that Scott Pilgrim wasn't just about gamer boys and their boy concerns.

09. "You're My Best Friend," Queen (from Shaun of the Dead)
Back to Queen one more time for the closing-credits accompaniment on Shaun, and a more appropriate choice could not have been made. Not only because Queen had just so recently scored Shaun and company's bar-room brawl but because, ultimately, Shaun is the story of a friendship that even zombification couldn't tear apart.