Are Drew Barrymore and Adam Sandler Our New Meg Ryan and Tom Hanks?

Why do we love repeat RomCom pairings? Are where did they all go? 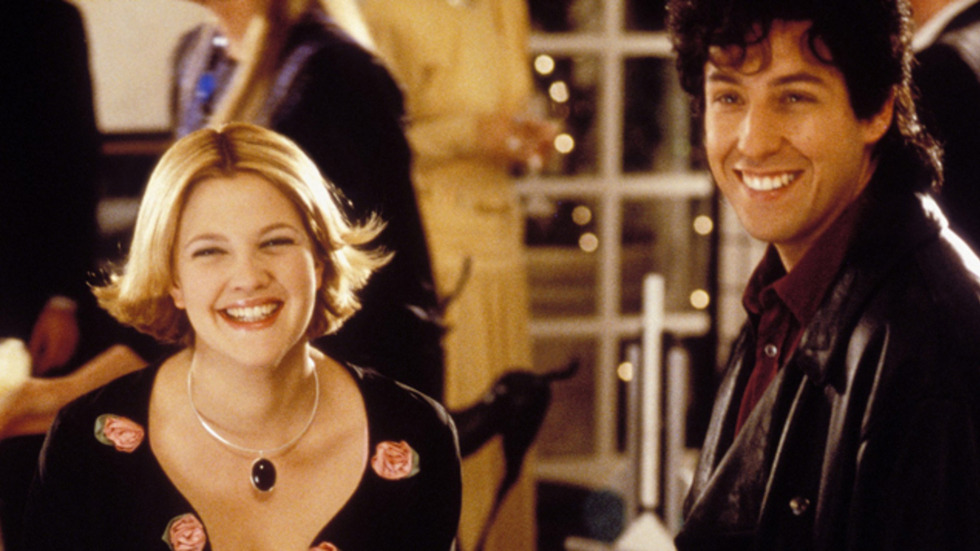 First came the wedding, then came dating, now Drew Barrymore and Adam Sandler may well be blending their families together. With the in-development movie Blended, Slashfilm is reporting that Barrymore and Sandler will team up onscreen for the third time, after 1998's The Wedding Singer and 2004's 50 First Dates. The plot, per Moviehole, has two single parents, Barrymore and Sandler, taking their families on an African-resort vacation, where they meet and romance blossoms.

Sandler's usual people will be behind the camera, though his movies with Barrymore often end up sweeter and less crude than his usual comedy efforts. Drew seems to be the one co-star who really brings a sweet side out of the Jack & Jill star. Seriously, watch The Wedding Singer sometime -- it's one of the most genuinely sweet and enjoyable romantic comedies of the last 20 years. Clearly, the two stars have a rapport with each other and an appeal for the American public.

Obviously, a third pairing will call to mind comparisons to Tom Hanks and Meg Ryan, whose three films together -- Joe vs. the Volcano, Sleepless in Seattle, and You've Got Mail -- made them the poster couple for RomCom recidivism. Still, it's been a long time since they retired their joint AOL accounts. Since then, it's not even that we've had no successors to their throne, there haven't even been many pretenders. Kate Hudson and Matthew McConaughey tried, I suppose, with How to Lose a Guy in 10 Days and Fool's Gold. And Richard Gere has tried to make onscreen romances with both Julia Roberts and Diane Lane into things, but Runaway Bride was seen as pale nostalgia, while you can't rightly claim that Unfaithful is a proper entry in one's romantic oeuvre.

So maybe Barrymore and Sandler have the playing field all to themselves, then? Ethan Hawke and Julie Delpy keep coming back with more chatty adventures for Before Sunrise's Jesse and Celine, but those are sequels. Different ballgame altogether. Silver Linings Playbook co-stars and Oscar darlings Jennifer Lawrence and Bradley Cooper are re-teaming later this year in Serena ... but that's a Depression-era drama.

Seriously, where is everybody else? Part of the problem is that the rush to anoint the next RomCom star, we kind of don't include the actual onscreen relationship. Sandra Bullock still kills it in the genre, but who pines for her to once again fall in love with Ryan Reynolds, Bradley Cooper, Bill Pullman, or Benjamin Bratt? Maybe the iconic RomCom couple just isn't as easy to whip up as we think? Maybe Adam Sandler and Drew Barrymore have stumbled onto something ... special?