With the new N.W.A. biopic STRAIGHT OUTTA COMPTON and today's Apple Music/iTunes release of the album COMPTON, everything's coming up D.R.E. right now. But it's not like he's been on a lyrical sabbatical. As you'll hear below, Andre Young was a regular in the studio. 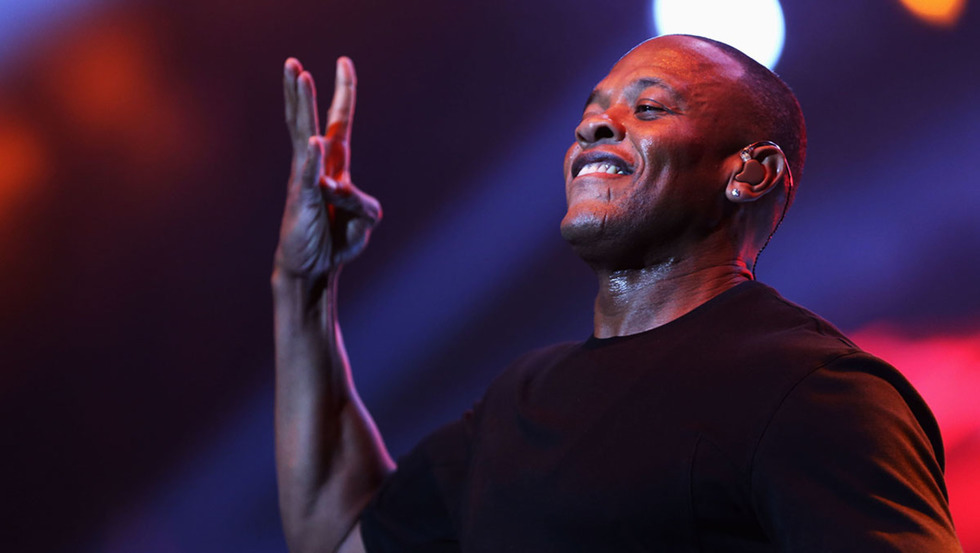 You know how movie fans have been waiting for Quentin Tarantino to turn talked-about movies like Kill Bill 3 and his Vega Brothers spinoff into actual movies for what feels like an eternity now? That’s nothing compared to the anticipation that'd been mounting over Dr. Dre's third and "final" solo album, Detox, since 2002.

In interviews, Dre and the album's collaborators, including Snoop Dogg, 50 Cent, The Game and Scott Storch, promised that, in more words or less, Detox would essentially change the hip-hop game as we know it. (Their hyperbole, not ours.) Yet with each passing year, there was still no official release date, nor even a hint of a possible release date. Detox, which would've followed up Dre's The Chronic (1992) and 2001 (1999), became rap music's enigmatic Holy Grail.

But now, Detox is caput. In the build-up for the new N.W.A. biopic Straight Outta Compton (opening this Friday, August 14), produced by Dre and fellow N.W.A. alum Ice Cube, the Doctor made headlines with a newsy bomb-drop: he'd scrapped Detox altogether because he didn't like it, and will instead release Compton, a new solo record "inspired by" Straight Outta Compton. And that, after figuratively dangling Detox over fans’ heads for 13 years, he isn't wasting time and will release Compton one week before the movie opens, exclusively through Apple Music and iTunes.

Meaning, it's available today, August 7. What's been lost in all of the Detox and Compton hoopla, though, is the fact that Dre has been very musically active in the years since 2001's release. And we're not just talking about Aftermath Entertainment and Dre's involvement in the careers of Eminem, 50 Cent and Kendrick Lamar.

To bring folks up to speed, we've compiled the following Spotify playlist. Think of this as the unofficial compilation album Dr. Dre recorded in between 2001 and Compton, featuring guest appearances by Eminem, Jay Z, Justin Timberlake, T.I., Kendrick Lamar, 50 Cent, Timbaland, Rick Ross, Missy Elliot and More. And it all begins with two songs from the recently deceased Detox, "Kush" and "I Need a Doctor."