Documentaries Are Filling the Void Left By Journalism's Crisis

"The Square" and other feature docs are increasingly becoming the place for telling in-depth stories now that traditional journalists are chasing page views. 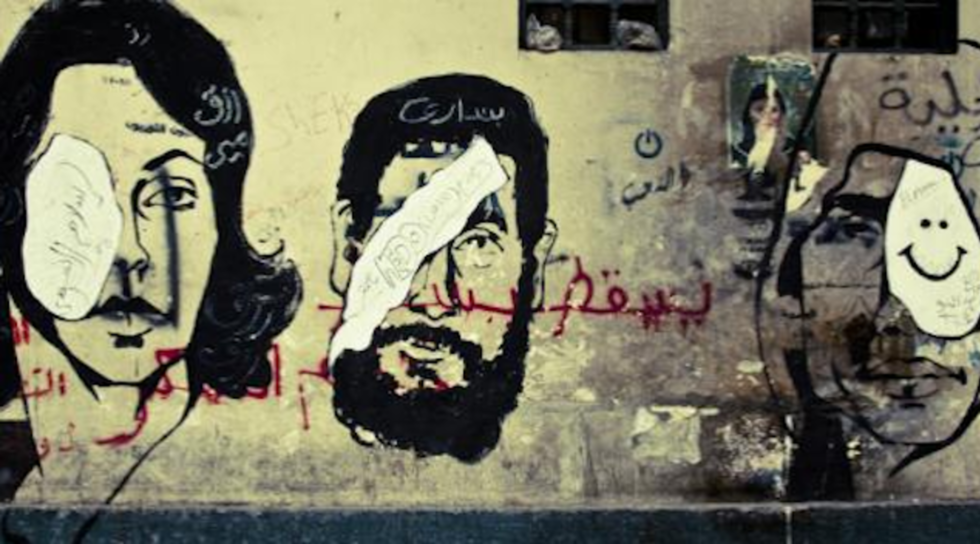 Documentaries are rapidly becoming the most relevant method in which to tell stories of world events in a period of increased global pandemonium. The first group of Arab Spring documentaries – Jehane Noujaim’s “The Square” comes immediately to mind -- it is beginning to garner considerable buzz. In a previous era, the evening news, the daily paper’s “A1” section above-the-fold as well as the newsweeklies were the main places to get the latest international news of the day. No longer.

Documentary filmmakers around the world are filling the information void as traditional journalism struggle with massive disruption.

As you might have read on the internet, traditional media is in in a state of flux. The evening network news at present in a state of fundamental transformation; because international bureaus have been gutted, newspapers have been in decline for some time now, at least since ad revenues were decimated by sites like CraigsList; and, finally, the newsweeklies are in decline (The future of even iconic 80-year old Newsweek is hazy ). Documentary filmmakers around the world are filling the information void as traditional journalism struggle with massive disruption. The new, more gossipy nature of TV and print journalism -- chasing the page views -- has ceded the game of serious investigative journalism in many ways to seasoned documentarians.
The argument, essentially, that documentaries are the “last bastion ” of investigative journalism is not new. That argument goes too far. I quite frankly don’t believe that real time investigative journalism will ever die out altogether, particularly when lean, non-profit organizations like ProPublica – under 40 people on staff – are still winning Pulitzers hand-over-fist and finding low cost ways to do the public good that are not wholly reliant upon the free market. But documentaries, well-done and laser-focused on a topic, are extended looks at trouble spots around the planet or hot button issues that are probably not being covered by the troubled traditional news organizations.
Everywhere documentaries are on the rise. Digital video units – for the in house production of docs -- are becoming more and more popular among major media outlets, Time Warner, most recently. PBS just purchased 88 hours of raw, new footage of Americana with which to make historical documentaries. Part of that deal includes the airing of Ken Burns’s devastating The Central Park Five in the UK, as well as a JFK documentary on WGBH in November. Further, recent British Film Institute data show that documentaries released in UK cinemas have increased 11,500 percent since 2001. According to Jerome Paillard, director of Marche du Filme, 16 percent of the films screened at Cannes this year were documentaries. News documentaries also dominated Toronto this year, and they are now part of the mix at CNN.

This is the best time in modern memory to be a documentarian.

There are other examples of serious news documentaries that could easily have been subjects of the evening news or longform stories in the newsweeklies. The documentary  "Our Man in Tehran,” about former Canadian Prime Minister Joe Clark, is arguably better than Argo and almost certainly the type of topic that might have been covered in truncated form by 60 Minutes on CBS. The Paw Project, a little bit less newsworthy, combines cats and provocative grassroots advocacy – two subjects that fire up social media (and perfectly suited to go viral with a little coaxing) – in a documentary on the implications of declawing cats. More: Sacro GRA was the first documentary to win the Golden Lion at Venice; Bloomberg Businessweek's Josh Tyrangiel is behind a new straight-to-Netflix doc on Treasury Sec Hank Paulson and the financial crisis. Finally, in this libertarian age -- an age that values actionable financial information -- a documentary like “Money for Nothing ,” which takes aim at Allan Greenspan, should do well.
This is the best time in modern memory to be a documentarian. Documentaries essentially have been in the ascent since 2004, when Michael Moore won the Palme d’Or for his groundbreaking Farenheit 9/11. At Cannes this year, 300 documentaries were being shopped at their “doc corner.” Michael Moore and Morgan Spurlock both told profitable, politically relevant and personality-driven, non-fiction stories on film.
Documentarians are the new journalists (or at least are taking their place among journalists) not simply because journalism itself is undergoing a state of crisis. Laying aside ad revenues, the content of documentaries is more compelling than the content of journalism. Documentaries, at their best, are intense passion projects fuelled either by either moral outrage or outright love. Documentaries that are neutral or overly “objective” tend – respectfully speaking, IMHO -- not to leave a strong, lasting impression. Journalism’s crisis, in many ways, springs from this perceived “bloodlessness,” this almost archaic clinging to the idea of objectivity, which is a noble ideal but one that doesn’t draw eyeballs in an age of extreme democracy where eyeballs matter most. A print journalist covering war approaches the subject like the proverbial “fly on the wall,” presenting facts as neutrally as possible. A documentarian drawing the viewer’s eyes to, say, wartime atrocities does so clearly on one side of the argument and with powerful video images as her or his argument. This is the opposite of objective journalism.
There can be a smarmy/shady side to advocacy documentary, of course, but as documentaries that prove a point while employing standard fact-checking rise, documentarians are joining their place among the great journalists.