7 Documentaries to Stream with Your Dad on Father's Day

Spend some quality time with your father this Sunday with some dad-specific documentaries currently available to stream. 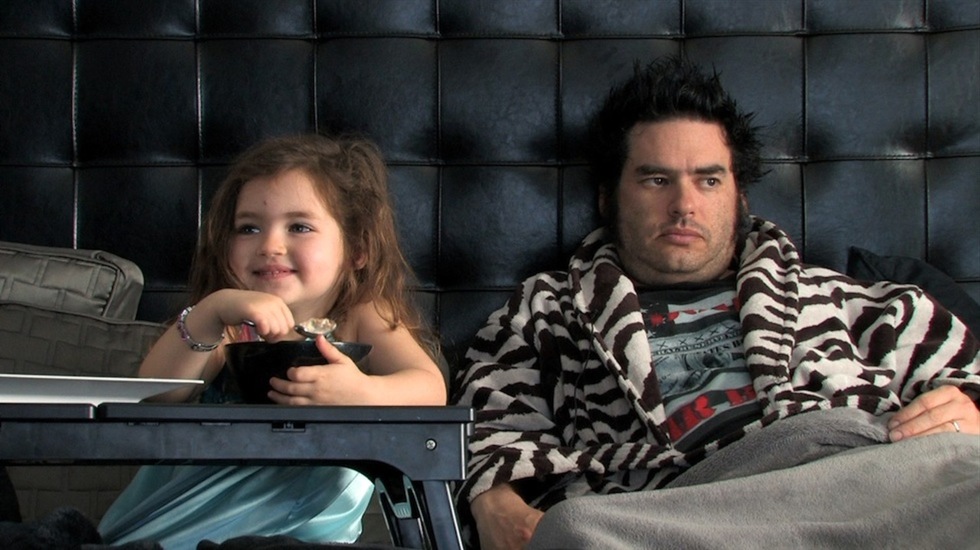 After treating your dad to a fine meal or a round on the golf course, why not sit back, relax and spend some time watching some appropriately themed documentaries? With films ranging from the heartwarming to the triumphant to the downright disturbing, you and your Dad will find something you can agree upon in our selections. Or just let him pick the doc. It's his day, after all!

For the artsy Dad...

Stories We Tell
Watch on Netflix
Directed by Sarah Polley

In her first documentary, director Sarah Polley investigates the questions left behind by her complex and immensely talented mother, Diane. As Polley works through her family's complicated history (including a tangled narrative of her own parentage), she interviews various family members who provide witty and thoughtful insight that will be sure to move both you and your dad. Just make sure to pretend you didn’t see him tear up.

As the proprietor of the world’s only sushi restaurant with a three-star Michelin rating, Jiro Ono is the uncontested best known sushi chef. This film details Jiro’s sushi-making mastery from the fish market to the dinner table before quietly, seamlessly becoming a tender story of a father passing his legacy on to his son.

“There’s nothing really in the punk rock ethos that prepares you for being a dad,” says Bad Religion guitarist and songwriter Brett Gurewitz. The documentary follows these punk-rock fathers as they struggle to reconcile their alternative lifetstyles with maintaining a stable household.

For the underappreciated Dad...

Capturing the Friedmans
Watch on Hulu
Directed by Andrew Jarecki

In a considerably non-sympathetic story of a father-son relationship, Andrew Jarecki documents the Friedman family’s lasting trauma in the wake of Arnold and Jesse Friedman’s child abuse allegations. This appalling story of family dysfunction will certainly make you appreciate your dad.

Speaking of dads you’re glad weren’t yours - this documentary tells the story of Monika Hertwig, the daughter of notorious Nazi concentration camp commandant Amon Goeth. Monika confronts her father’s legacy when returns to his camp to meet with Helen Jonas-Rosenzweig, who was interned there.

For the sports-loving Dad...

30 for 30: Soccer Stories
Watch on Netflix

This edition of 30 for 30 reflects on some of the most memorable events in soccer history. The emotional episodes cover Pinochet’s conversion of a national stadium to a concentration camp as well as Liverpool’s Hillsborough disaster, but the inspirational ones biographize soccer superstars Diego Maradona and Mané Garrincha. If your sports-loving dad can’t get enough World Cup soccer, these 23-minute episodes are perfect to watch between matches.

Dads be warned, this is not your average sports doc! Head Games tackles the alarming and often deadly trend among athletes to continue playing sports after suffering multiple concussions. In his newest documentary, Steve James, the award winning director of Hoop Dreams, calls for a dialogue on the topic that takes these injuries more seriously.

And if you have HBO, be sure to watch the 40 min doc 'Remembering the Artist: Robert De Niro, Sr,' airing at 2pm on Sunday and streaming on HBO Go/On Demand.