Get to know visionary filmmaker/choreographer Celia Rowlson-Hall before her feature film debut this April. 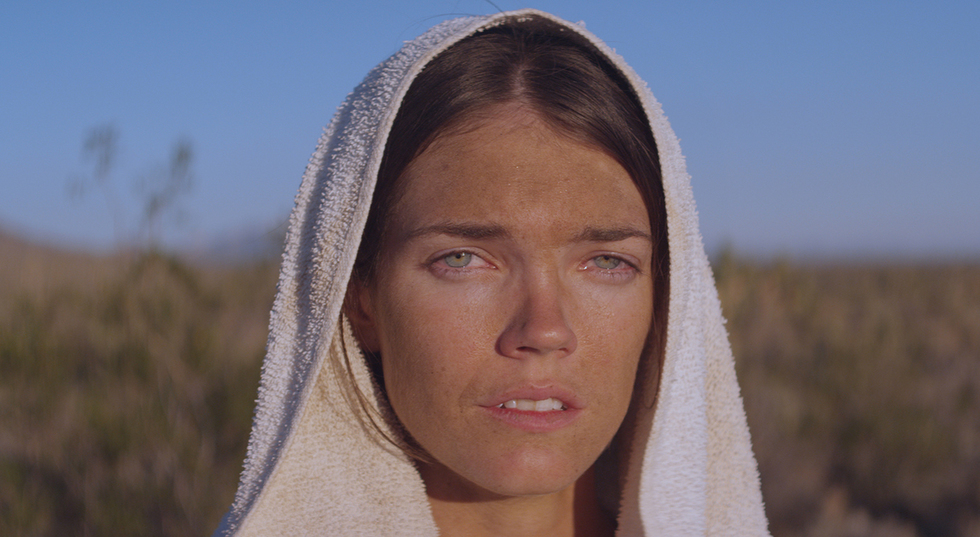 At Tribeca, the line between film and performance doesn’t exist. One of New York’s truly groundbreaking artists is Celia Rowlson-Hall, who is not only a filmmaker and choreographer, but also a Bessie award-winning performer to boot. Rowlson-Hall will be making her feature film debut with MA this April during the 2015 Tribeca Film Festival. Through a special advance work-in- progress screening as part of MoMA PS1’s signature Sunday Sessions, New York will be treated to Rowlson-Hall’s vision on the MoMA’s breathtaking, immersive VW geodesic dome.

Rowlson-Hall’s MA is a striking modern-day vision of Mother Mary’s pilgrimage through the eyes of Ma (played by Rowlson-Hall), a woman who must venture across the scorched landscape of the American Southwest to fulfill her destiny. Starring Andrew Pastides, who has been collaborating on artistic projects with Celia for over a decade, as well as indie darling Amy Seimetz, MA is a visceral and surreal journey that alternates between the terrifying and sublime as Rowlson-Hall interweaves ritual, performance, and the-body-as-sculpture on the screen.

MA will be showing one time only, followed by a conversation with Rowlson-Hall herself. While proceeds will benefit MoMA PS1, all TFF badge holders can get into this special screening for free. For additional ticketing information, click here.

From fashion films to music videos to short films, Rowlson-Hall blends her unique visual aesthetic with fresh and precise choreography. Her eclectic body of work proves that words are not always necessary to tell a truly engaging story.

To get a peek, just take a look at Prom Night, Rowlson-Hall’s deliciously twisted and provocative short from SXSW 2011 (with wide ranging references from Lolita to Carrie):

Recently, Rowlson-Hall choreographed a routine for Lena Dunham and Vogue’s Hamish Bowles for an original short commissioned by the publication:

Want more?  For an added bonus, you can watch Rowlson-Hall perform the choreography for “Cover Girl” herself. Don’t be afraid to get up and dance along!

Movie and art lovers alike should check out our TFF 2015 Shorts Program, which features innovative new works from artists JR and Daniel Arsham.