Home » Tribeca News » Five Animal Rights Movies to See and Discuss, in the Wake of Cecil the Lion
View All News

Five Animal Rights Movies to See and Discuss, in the Wake of Cecil the Lion 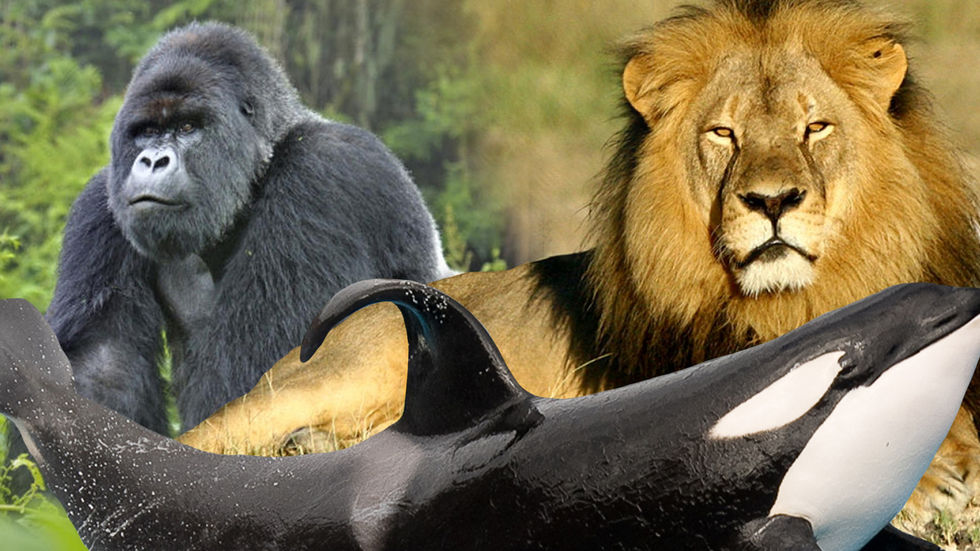 What is it about Cecil the Lion? The prized big cat of Zimbabwe’s Hwange National Park, recently killed by American big game hunter/dentist Walter Palmer has the captured the public’s attention and imagination- generating outpourings of sympathy, nearly 1,000,000 signatures on a petition for justice, and even tears from Jimmy Kimmel in his show’s opening monologue.

But why has Cecil’s story galvanized a sudden movement around long-existing issues of endangered species and recreational hunting in a way that other poaching incidents have not? After all, in 2014 Texas hunter Corey Knowlton paid $350,000 (compared to the quoted $55,000 for Cecil) to hunt a critically endangered African black rhino- with a population of fewer than 5,000 individuals worldwide, a species much closer to the brink than the 20,000 remaining lions in Africa. A petition for Knowlton to stop his hunt failed to reach its goal of 60,000 signatures.

But that rhino didn’t have a name. Cecil was part of a long running study by the Wildlife Conservation Unit of Oxford University, so we know a surprising amount about him- from his origins as a rogue male to his taking his place as the alpha of new pride and the oft-photographed, human-friendly mascot of the Hwange Park. There’s something about Cecil’s well-documented history that puts a face on the issue of trophy hunting like never before, and fits into our human need to understand big issues in terms of narrative and character.

It is human psychology to respond to stories. Give us facts and figures and even brutal images of hunted animals, and many of our eyes glaze over, but situate an environmental crisis within a narrative and a character arc, and its power grows exponentially, as does our need for action and resolution- an ending- resulting in the kinds of activism currently gaining traction around Cecil.

This predisposition towards story is what has made cinema such a hugely potent tool for change. And while Cecil’s death has so clearly made many of us feel hopeless and helpless in the face of overwhelming environmental crisis, the ensuing global outpouring has also brought to mind some amazing grassroots success stories, and how the right story can spark a movement and effect real change. With at least two feature documentaries on trophy hunting in the works (one by Narco Cultura director Shaul Schwarz, and another by David Hambridge coming off a successful Kickstarter earlier this year), there is reason to be optimistic that our current shared momentum around this potent story, and our natural human response to stories in general, can together be used to seed a movement.

Here are five documentaries that have used the art of storytelling to bring about change in big game wildlife conservation:

Speaking of putting a face to the animal extinction crisis, few non-human characters have so affected audiences as Tilikum, the captive Orca at the center of Gabriela Cowperthwaite’s powerhouse exposé Blackfish. Making Cinema Eye Honors’ 2013 “Unforgettables” list, which celebrates the year’s most significant subjects of nonfiction film, Tilikum has all the nuance and depth of any on-screen character without ever speaking a word. Audiences’ response to his story have resulted in a class action lawsuit and $25 million dollar revenue drop in revenue for SeaWorld, as well as a place on Consumerist’s “Worst Companies in America” list.

Sharks do not share the emotive faces and cuddly pups of our fellow mammals, so conservation efforts have always been hampered by our innate fear of these massive apex predators. But shark conservation is a serious issue, and the shark fin trade is serious money. Rob Stewart’s beautiful and moving film manages to overcome the empathy divide between humans and sharks, and helped set off a movement that directly led to a worldwide ban on shark finning.

This Oscar-nominated Tribeca Film Festival selection is a triumph of investigative long-form documentary, touching on the myriad issues and life-threatening challenges facing Congo’s Virunga National Park. Among them, the illegal poaching of the last remaining population of mountain gorillas. With new evidence continuing to be released, and positive momentum building, the film’s underdog story of the dedicated rangers protecting the park has now turned into a triumph as international corporations flee the area under the increased scrutiny set off by the film’s success.

Note: Racing Extinction will premiere in December 2015 on Discovery.

The godfather of environmental activist docs, Louis Psihoyos’ films are thrilling, cinematic, engaging, and infuriating. With his Academy Award-winning The Cove, Psihoyos employed the tropes of a classic heist film to expose the practice of dolphin hunting in Japan. With Racing Extinction, screened at Tribeca under its work-in-progress title 6, Psihoyos casts wider goals of addressing the global extinction crisis as a whole, and repositioning the traditional imagery of the crisis in never-before-seen ways. In 2005, Psihoyos founded the Oceanic Preservation Society to raise awareness and change for marine conservation, turning his inspiring work on-screen into direct action.

If these films or Cecil’s story have inspired you, be part of the change:

Or donate to WildCRU, the Oxford unit studying wild lions in Zimbabwe here.