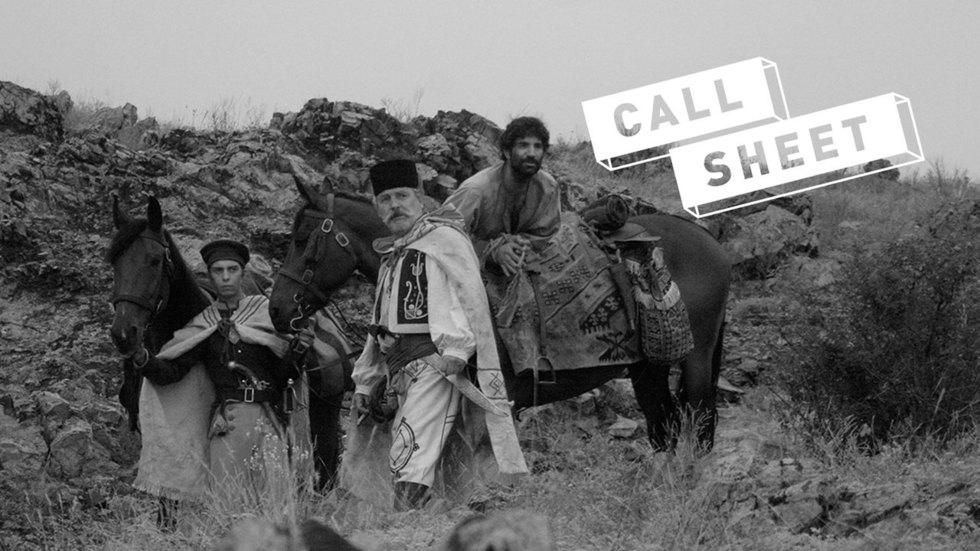 Black Movies at Tribeca
What you need to read: Julie Walker of The Root has the rundown on nine films at the 2015 Tribeca Film Festival that predominantly feature black talent both in front of and behind the camera, including Michael Larnell's crafty coming-of-age portrait Cronies (above), the stylish South African drama Necktie Youth, the expatriate exploits of Måns Månsson's Stranded in Canton, and the rich familial exploration of Che "Rhymefest" Smith in In My Father's House, among many other titles, projects, and performances.
Tribeca says: See these movies. Because black stories, like black lives, matter.

Tribeca's Most Anticipated
What you need to read: IndieWire has a comprehensive guide to the "20 Most Anticipated Films of the 2015 Tribeca Film Festival" that's full of starry indies from The Adderall Diaries to Mojave, as well as exciting if lesser-known features like Patrick O'Brien's autobiographical doc TransFatty Lives (above) and buzzy foreign entities like Alexis Alexiou's Wednesday 04:45.
Tribeca says: There's something here to please every festivalgoer, with plenty of films for the adventurous audience member who's eager to wander a bit off the beaten path this year.

Tribeca Takes You Out to the Ball Game
What you need to watch: IndieWire has an exclusive clip from Jonathan Hock's in-depth baseball doc Fastball, which thrillingly examines the myth, magic, and science behind the titular pitch. Featuring interviews with sports legends like Hank Aaron, Nolan Ryan, and Derek Jeter, the film will be making its world premiere at the 2015 Tribeca Film Festival on Monday, April 20th. See showtimes and buy tickets now!
Tribeca says: Get your head in the game and check out the slew of other sports-related titles premiering at the 2015 Tribeca/ESPN Sports Film Festival.

Aferim!'s Record-Breaking Success
What you need to know: Radu Jude's Berlinale Best Director-winner and featured 2015 Tribeca Film Festival title Aferim! broke box office records this past month during its theatrical premiere in its homeland of Romania, scoring the most successful opening weekend for a domestic film in the last thirteen years.
Tribeca says: Do you really need any more incentive to check out this award-winning, wondrously well-made monochromatic masterwork? See showtimes and buy tickets now! Wining and Dining at (and Around) Tribeca
What you need to know: BOMBAY SAPPHIRE® GIN has compiled a detailed guide to the best places in Manhattan to eat and drink during the 2015 Festival like the nearby Aurora Soho (above), with helpful neighborhood breakdowns and cocktail recommendations to boot!
Tribeca says: Don't worry, our mouths are watering too.