Bjork Set To Take Over NYC at MoMA 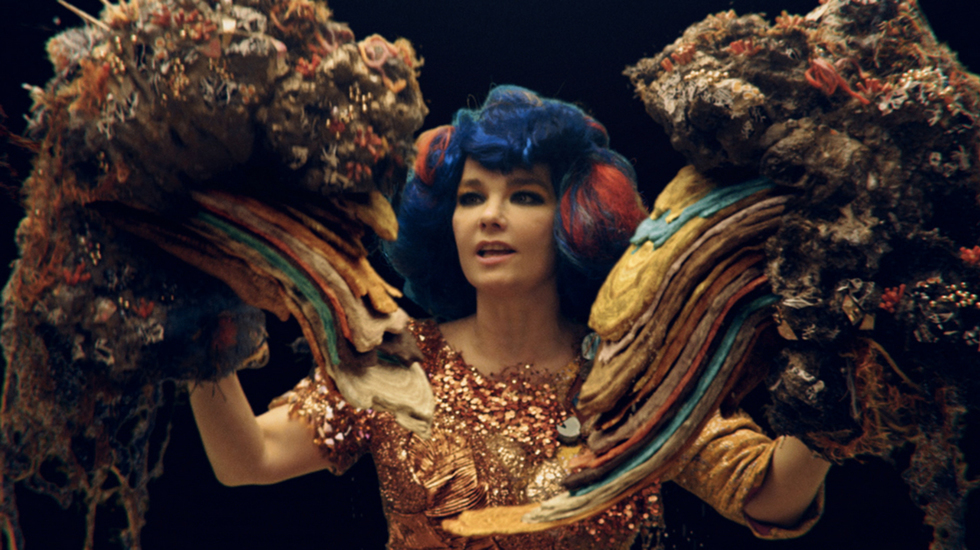 The long and varied career of Icelandic artist Björk is difficult to define. While she has a staggering 14 Grammy nominations (with no wins), Bjork is so much more than a musician. Though Björk received the Best Actress Prize at Cannes in 2000 for her devastating performance in Lars von Trier’s Dancer in the Dark, she has only 6 acting credits to her name. Because of her penchant for breathtaking visuals—both on the stage and in music videos—and for providing audiences with incredibly layered musical experiences, Börk can perhaps best be described as a multimedia virtuoso, always looking forward and never back.

New York audiences recently were reminded of the breath of Björk’s artistic vision at the world premiere of the artist’s experimental concert film, Björk: Biophilia Live, at the 2014 Tribeca Film Festival. Mixing her avantgarde stage show (complete with her fantastical wigs and costumes) with spectacular scenes from space and nature, Björk once again demonstrated her innovative and idiosyncratic skills as a multimedia creator. In fact, her album Biophilia was released via an app, which gave music lovers and techies alike the choice of experiencing the project either through Björk’s original vision or through their own manipulations of her art.

As Biophilia was the first app included in the permanent collection of the Museum of Modern Art, it is only fitting that the prestigious New York institution is hosting a retrospective on the artist running from March 8 to June 7. The exhibit will span the 20+ years of Björk’s groundbreaking and varied career and will feature her eight full-length albums and notable collaborations with fellow innovators like Michel Gondry, Spike Jones, and Matthew Barney. To cap off this multimedia experience, MoMA has commissioned a new, immersive music and film experience from Björk and director Andrew Thomas Huang which will serve as the centerpiece of the retrospective.

Bjork’s innovative techniques and unique openness forcefully remind us of the reasons that multimedia artists are important.


The new exhibition trailer for the sound and video installation for Björk’s song Black Lake is simply stunning. Suggesting a scene from a science fiction movie, the video focuses on Björk’s naked body covered by trees, suggesting (we think) that the river of life flows through her. The haunting but beautiful visual is perfectly punctuated by Björk’s otherworldly voice, devastating lyrics (the song is about her breakup with Barney), and expressive face.

Björk’s innovative techniques and unique openness forcefully remind us of the reasons that multimedia artists are important. Her unique combination of music, film, technology, science and other media opens up endless possibilities for storytelling and self-expression. Björk forces us to transcend the boundaries of the ordinary and to believe that the extraordinary is within our grasp.