Driven by stellar performances by the likes of Kodi Smit-McPhee, James LeGros and Oscar winner Ben Kingsley, ‘A Birder’s Guide to Everything’ is a throwback to the classic coming-of-age genre. Director Rob Meyer talks to us about teenage birders and how nature plays a central role in the film. 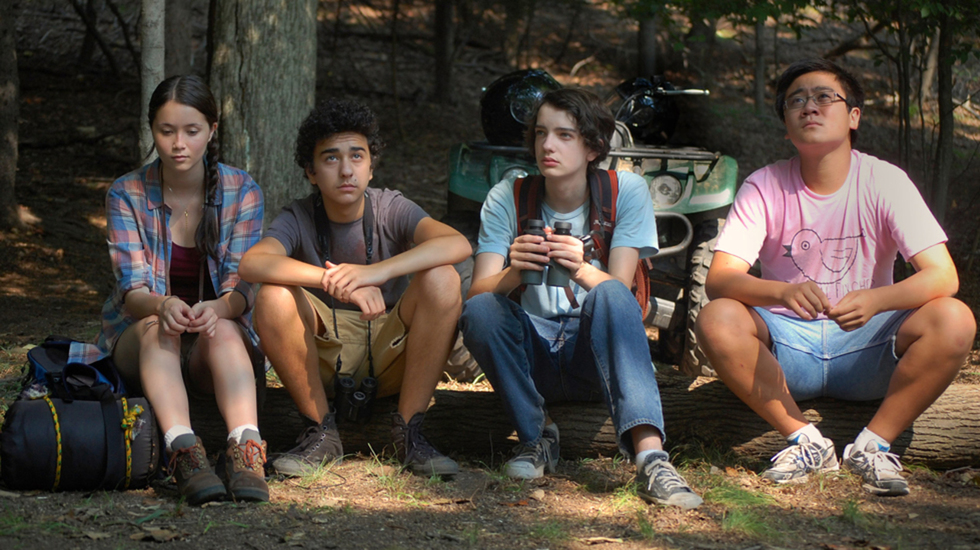 Tribeca: Tell us a little about A Birder’s Guide to Everything. What inspired you to tell this story? Are you yourself a “birder?”

Rob Meyer: Birder’s is actually based on a short film I made called Aquarium, which follows teenagers who are avid aquarium fish enthusiasts— that was me and some of my friends in high school. I knew I wanted the feature to have a road-trip structure so I thought making the story about a group of kids chasing a bird would make more sense than chasing a fish.

When I used to work at PBS’s NOVA, there was this moment in time when a lot of people became convinced that the ivory-billed woodpecker, believed to be extinct, was, in fact, still around. I met all of these cameramen who spent weeks with elaborate, high-speed, motion-triggered cameras trying to prove this claim. This was the start of Birder’s. I myself wasn’t a birder when we began writing, but now would count myself as one, even though I am terrible with names, which is a big part of it.

It’s a film about kids escaping to the wilderness so I wanted nature to play a central role.

Tribeca: Luke Matheny, who won an Oscar for his short, God of Love, co-wrote the script with you. Can you discuss your collaborative process?

RM: I met Luke when we were grad students at NYU’s film school. We were drawn to each other because we both were interested in making funny films with heart, which was somewhat unusual for the program, at least when I was there. Our working process was pretty organic: we’d spend most of our time structuring, discussing problems and brainstorming possible solutions, along with a fair amount of procrastinating.

Once we had our outline written or re-written, we’d split up the scenes and pick the ones we wanted to work on. And then we’d trade. By the end, it was actually hard for us to remember who wrote what — until I was on set and some actor had a problem with a line, at which point I’d quickly blame it on Luke.

Tribeca: From inception to print, how long did it take to make A Birder’s Guide to Everything? Were you able to have a rehearsal period with your cast?

RM: Wow. It was a long process. It took Luke and me the better part of two years to write the script — not totally full time, but pretty intensely for that period. Then it took a couple of years to get the financing together. Once we had everything in place, things moved really quickly — about two months of preproduction, a month to shoot, and four months or so for editing and finishing.

Since the cast came from all over the country, we didn’t really have a lot of rehearsal time, but I did work a fair amount with Kodi on Skype, and then we had a couple days with the whole cast together before the shoot, and a bit of time at the start of each day.

Tribeca: The chemistry between your leads-- Kodi Smit-McPhee (The Road, Paranorman), Katie Chang (The Bling Ring), Alex Wolff (Naked Brothers Band) and Michael Chen—is vital to the success of the film. How did you work with casting to bring these four exciting new talents together?

RM: Thanks! That’s probably what I’m most proud of — these young actors’ performances. I have to give most of the credit to my casting director, Avy Kaufman. I knew that if we didn’t have the right kids, the movie would fail, and Avy found these incredibly talented young actors.

Once we had them on set, my philosophy was to trust them and to give them the confidence and freedom they needed to take chances and even improvise. And I really tried my best to create an atmosphere of fun – film sets can feel pretty high-pressured and I didn’t want that to affect their performance.

Tribeca: In addition to your young cast, screen veterans like Ben Kingsley and James LeGros appear in your film. How did they handle all the fun and challenges that low-budget indie filmmaking entails?

RM: Sir Ben and James were amazing. They are both such pros and brought years of experience and guidance to set, which was great especially for the younger actors. And they were both totally gracious about the whole low-budget filmmaking experience. We weren’t the type of giant crew that they’re used to working with — I think Sir Ben flew in directly from Iron Man 3 — but I think they really enjoyed the independent spirit of the production.

Tribeca: I noticed a refreshing lack of technology in A Birder’s Guide to Everything. The kids in the movie aren’t glued to Facebook or their smart phones, yet you manage to make a coming-of-age film that speaks to the millennial generation.  How did you approach this challenge?

RM: Yeah, that was definitely intentional — it’s a film about kids escaping to the wilderness so I wanted nature to play a central role. I also liked the idea that both Ellen and Konrad use film cameras in their photography, which is definitely a bit of a throw-back but I understand that film is having a resurgence these days. We did our best to both give the film a timeless, maybe classic feel, but the actors brought their own personalities and points of views, which made the film feel contemporary.

Tribeca: I couldn’t help but be reminded of movies like Stand by Me and The Breakfast Club while watching the film. Are these the movies that inspired you? Can you name others?

RM: Yes – Stand by Me was one of my favorite films growing up, along with Goonies, Lucas, The Princess Bride—all of those classic coming-of-age films of the 80s. Tonally, I also love the films of Alexander Payne, Wes Anderson and Tom McCarthy They make smart, funny films that are also at times earnest and moving. Visually, my DP Tom Richmond and I drooled over the cinematography of Tree of Life.

Film sets can feel pretty high-pressured and I didn’t want that to affect their performance.

Tribeca: What's the craziest thing (or "lightning strikes" moment) that happened during production (for better or worse)?

RM: There was one day when we’d had a bit of bad luck and were running several hours behind and losing light. I was really stressed and every second counted. We were shooting this silhouetted shot from behind the group as they arrived at our hero lake and for some reason I decided to roll on it for a while. I let the actors just stand there, take in the view, and do some actual birding while the sun went down. It was really quiet and the kids and Sir Ben lost themselves in the moment.

Out of nowhere, this giant great blue heron, which always amazes me with its dinosaur-like appearance, flew silently past the group and around the bend. It was above the top of our frame but you could see its reflection in the water in our shot. It was this sublime moment in the middle of one of our most hectic days. We didn’t end up using that part of the shot in the film, but maybe it’ll make it onto the DVD extras somewhere…

RM: Honestly, seeing my film for the first time with an audience and in a theater, especially since so many of the cast and crew will be able to attend. It will be pretty emotional. And then I’m obviously excited about seeing a lot of other movies – I just looked through them all trying to decide what to get tickets for and it’s hard because there are so many I really want to see.

Tribeca: What makes A Birder’s Guide to Everything a Tribeca must-see?

RM: As far as I know, it’s the best film about teenage birders at the festival.

A Birder's Guide to Everything premieres Sunday, April 21, at the AMC Loews Village. For more information and additional showtimes, please visit our Film Guide Listing.